Up Next
...
Is Our Country Heading in the Right Direction?
Read More 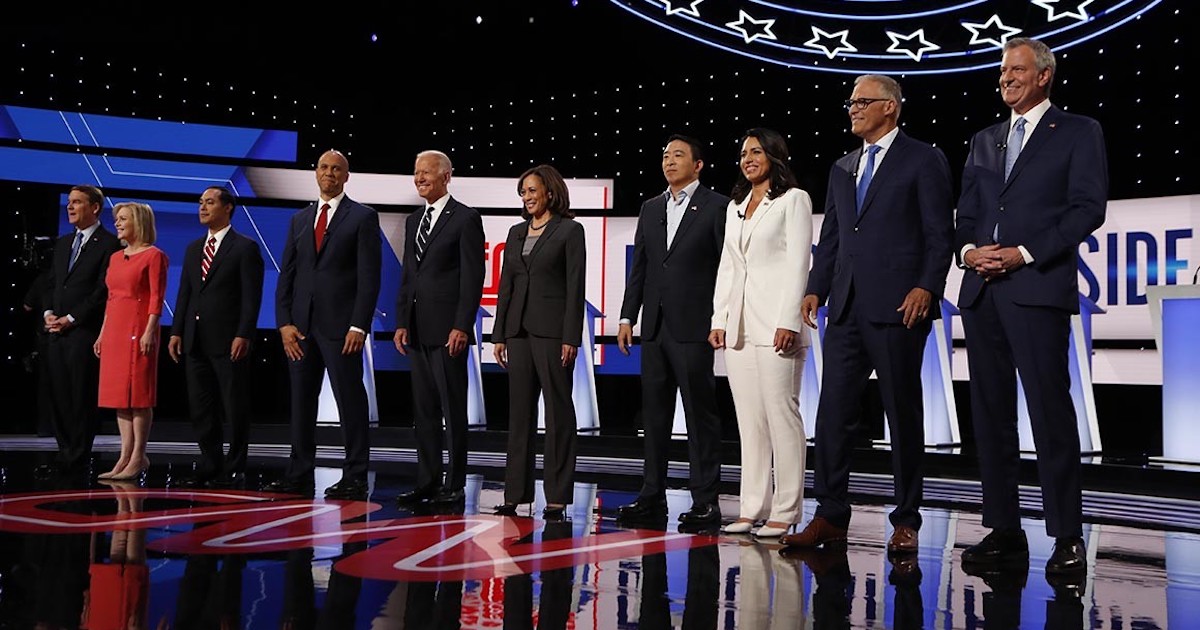 "I Have to Wash the Cat": Independents Respond to Watching the DNC Debate

It is becoming clear that independent voters -- and really voters at large -- are fed up with partisan debates.

There are so many candidates on the stage, and no room leftover for substance, nuance, or independent thought. Instead of trying to win over as many voters as possible, most of the candidates speak only to a small, partisan and ideologically-hardened base.

It’s a show, and the script is controlled by the party.

Is it a surprise, then, that when Independent Voter News asked its Facebook audience whether or not they plan to watch the DNC debate on Wednesday, November 20, the most vocal responses were “no”?

Other people responded with humorous excuses why they wouldn’t be watching:

Some of the responses may give one a good chuckle (they certainly did for me), but it does speak to how much the party rules that control the debates, the primary election process, and political competition in general have disenfranchised so many voters.

Many independent voters don’t have an incentive to watch because they know most of the candidates on the stage and the party have no intention of including them in the conversation.

And this is not just about the Democratic Party. The Republican Party has no plans to host any debates, despite there being three challengers to the incumbent. Some state parties have canceled their presidential primaries or caucuses altogether, and the party has changed its rules to make it harder for anyone to challenge the incumbent for the nomination.

Two private political organizations are allowed to make the rules for the entire electoral process, to decide who gets to participate in taxpayer-funded elections, to decide which candidates get to be heard, and ultimately the two candidates voters are told they have to choose from, lest they throw away their vote or invite the destruction of the country as we know it.

As the parties drift further and further apart, the candidates reach ever-increasing highs in unpopularity, and become even less responsive to voters at large -- because they are being chosen not to be accountable to the electorate, but to a shrinking partisan minority.

This is why the work of nonpartisan reformers is so important and why we are seeing so many historic efforts to unrig the system breakthrough across the country.

This is why the Independent Voter Project is suing the California secretary of state to ensure No Party Preference voters can vote for the presidential candidate of their choice without sacrificing their constitutionally-protected right of non-association.

This is why Level the Playing Field is suing the FEC over the bipartisan Commission on Presidential Debates’ exclusionary rules that make it impossible for a third (or fourth) candidate to appear on the general election debate stage.

This is why organizations across the country are campaigning to implement alternative voting methods like ranked choice voting or approval voting or STAR voting to give voters the confidence to vote the way they want rather than vote strategically or for the “lesser evil.”

This is why the most committed to unrig the system are forming collaborations like the National Association of Nonpartisan Reformers, because no man is an island, and there is no one-size-fits-all solution to a healthier, more accountable democratic process. The path forward is working together under the shared ideal that elections should serve voters first.

We need more competition in the process. And when I say competition, I mean competition for every single vote, and offering voters something more than a false illusion of choice.

This has to start with making sure every voter, regardless of what party they choose to associate or not associate with, has an equal and meaningful opportunity to cast a ballot for the candidate of their choice, and feel confident their vote means something.

Imagine how many people would tune into or express interest in the debates if candidates, from the very beginning, had to compete for every vote they could get? Imagine the discussions that could enter the mainstream narrative if independent voices and ideas were included?