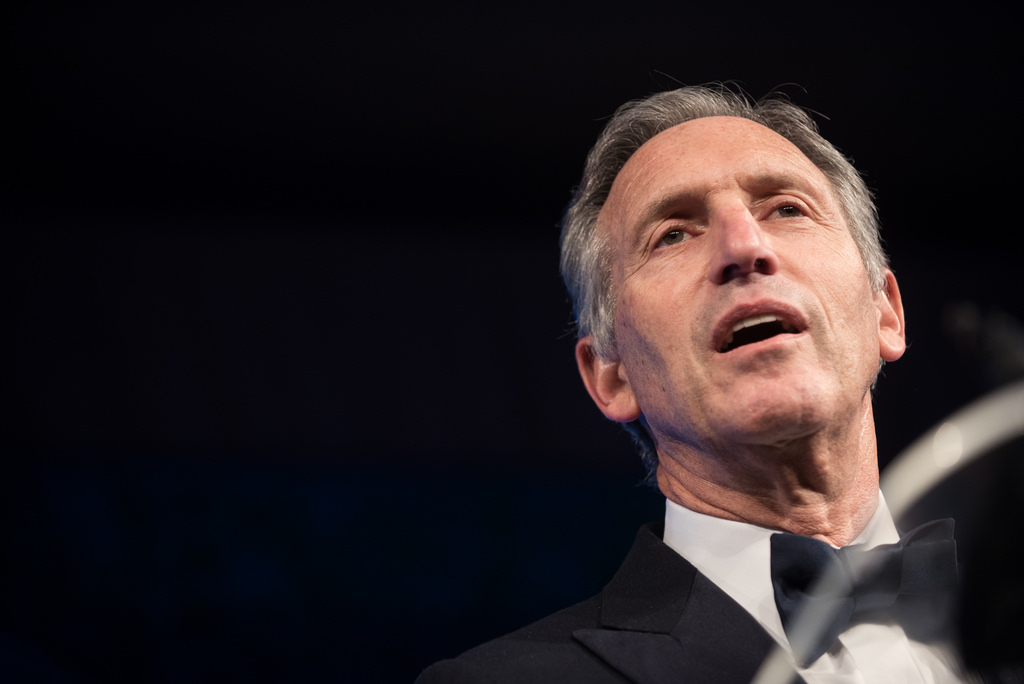 Howard Schultz’s Venti Mistake; Can He Avoid Getting Roasted?

Former Starbucks CEO Howard Schultz announced that he is considering an independent run for president, and it didn't take long for Democratic candidates, party insiders, members of the press, even the president to respond:

The last headline is important to note. Not because of the article itself, which is a lengthy love letter to Kamala Harris, but because of the term "centrist independent." It is a label that Schultz embraces, but he doesn't know just how big a mistake this could be.

The term "centrist" doesn't draw voters as much as one might think. It is meant to tell voters that the person is not a strict ideologue, and is committed to compromise between the two parties in power.

However, "centrist" suggests to many voters that that the person does not have principles of their own, but defines their ideas behind where the two parties stand on issues. It suggests that the person has not thoroughly considered the issues that matter most to voters.

That term "centrist" is a hard sell to the voters Schultz will need going into 2020; namely, voters outside the Republican and Democratic Parties, and "poachable" voters in the parties themselves.

What is important to clarify is that "independent" doesn't often mean "centrist," and one does not have to fall "in the middle" to be an independent or independent-minded. Being independent means simply that a person can have strong principles, but their ideology and opinions do not get in the way of substantive policy discussions.

Independents can hold ideological views that fall anywhere on the political spectrum, but they understand that no ideology is perfect, and political disagreement doesn't mean the other person is "dumb," "brainwashed," or "evil."

This is not to say that Howard Schultz cannot be this candidate. He has talked about the toxicity in DC, and the need for change in our nation's politics -- messages that have long resonated with voters, from "hope and change" with Barack Obama to "drain the swamp" with Donald Trump.

Schultz has spoken of the need for compromise. Americans want the parties to work together. They want to see solutions come out of DC, but these solutions cannot simply come from finding the best middle spot between Republican and Democratic views.

Schultz needs to show voters that he is does stand for things, that backs nuanced policy solutions, but will not let his principles get in the way of doing the people's work, and that he is not beholden to anyone but the American voter.

The time is ripe for an independent candidate. Not only do 4-in-10 Americans identify outside the Republican and Democratic Parties, but an overwhelming majority of Americans, including a majority of Republicans AND Democrats, think a third option is needed.

The parties will, of course, continue to resist any outside competition -- in the media, at the ballot box, in the debates, etc. As seen in the immediate response to Schultz's announcement, he is already being labeled a "spoiler." His campaign, the Democrats argue, will hand the presidential election to Trump.

But this is not about Trump. This is not about the Democratic Party or the Republican Party. This is about giving the American people what they need most right now in a time of hyper-partisanship and a DC swamp littered with too many cans that get continuously get kicked a little further down the road when both sides strain themselves to "compromise."

Howard Schultz or any other candidate who is considering an independent run should consider this very carefully. There is no reason why a credible, well-funded independent could not do well in a presidential election. Schultz has the cash and name capital to run a viable campaign.

However, if voters don't think he is genuinely seeking to lead a transformation in our political landscape, then it won't be long before his campaign is roasted by the major parties.

Photo Credit: Chairman of the Joint Chiefs of Staff / Flickr