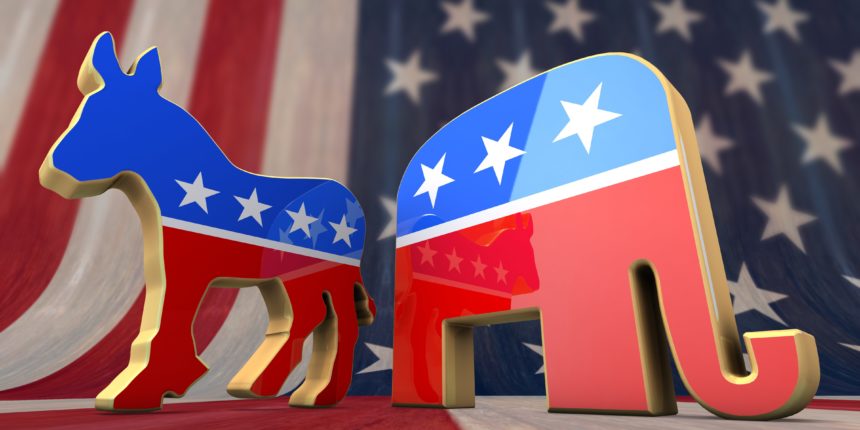 A groundbreaking new report was published last week by the Harvard Business School that could change the way we think about politics altogether.

“Most people think of politics as its own unique public institution governed by impartial laws dating back to the founders. Not so. It is, in fact, an industry—most of whose key players are private, gain-seeking organizations,” say authors Katherine Gehl and Michael Porter.

So what do Gehl and Porter mean by “an industry,” a term generally reserved for sectors of economic activity like energy, technology, or banking?

It means that, from an analytical standpoint, the Republican and Democratic Parties are just like the major players of any other private industry: they act out of their private and rational self-interest.

And because the private political industry controls our public election process: “oliticians have little incentive to put the public interest first if they believe that blocking legislation is rewarded by their party and inaction is not penalized by voters.”

These groups of professional politicians have a natural self-interest in aligning themselves with one of the two major parties.

In other words, the reality of the political profession is that you align yourself with the Republican or Democratic Party, or you find a new career.

"In the politics industry, however, most everything necessary to run a modern campaign and govern is tightly connected to—and often controlled by—the duopoly. Suppliers, then, have limited power to shape competition, but face strong pressures to align with one side of the duopoly. In fact, as elections and governing become more complex and partisan, suppliers prosper and their revenues grow. Rather than supporting solutions and finding common ground, suppliers make partisanship worse." - Katherine Gehl and Michael Porter

The effect of partisan primary elections, compounded with “gerrymandering, onerous general election ballot access rules for non-major-party candidates, and other rules like the sore loser laws … ... create major disadvantages for third party candidates, independents, and even moderates within the major parties,” Gehl and Porter argue.

But what is more pernicious than a traditional monopoly is that the rules of the game in the political industry are written by legislators who also play for one of the two teams.

“Our political problems are not due to a single cause, but instead the result of the nature of the political competition that the actors have created,” the authors write.

This is what makes nonpartisan reform so difficult, but not impossible:

"Since much of the design of our political system is not specified in the Constitution, we can change it.

"Already, many outstanding, dedicated, and passionate activists are working to improve our system. Together they are creating a strong organizational foundation on which to build..."

Gehl and Porter’s optimism is grounded in the real-world successes already achieved by what could be the nascent stage of a larger movement:

"Many of the approaches we have described are beginning to gain traction, as evidenced by the progress in moving to nonpartisan primaries and ranked-choice voting, as well as the gerrymanderingand presidential debate litigation."

Reformers argue that the new nonpartisan primary in California, for example, coupled with independent redistricting, is a big reason the legislature's approval rating has shot up to 50%, from a low of 10% in 2010.

This has led to some stabilization of state government, though the success is often missed by academics trapped by old habits of analyzing politics through a partisan lens.

As an industry, the two parties have been so effective in creating the framework for political competition that our country is referred to as a “two-party” system from the third grade classroom to the Third Circuit courtroom.

In that regard, Gehl and Porter may be viewed as apostates to the political class for the mere suggestion that independent candidates and nonpartisan elections could be part of the solution to our governmental problems.

In fact, they “are not political scientists, political insiders, or political experts,” by their own admission. Not ironically, this is exactly why we should take the report more seriously.

“The purpose of our work was to analyze the system—not to comment on it, but in order to figure out how to fix it.  We wanted a method to identify reforms and innovations with the greatest probability to change the system. We hope this serves as a catalyst for engagement,” Gehl said in a comment for IVN.

Political scientists, insiders, and experts are all part of the two-party industry.

It’s time for an outside perspective.