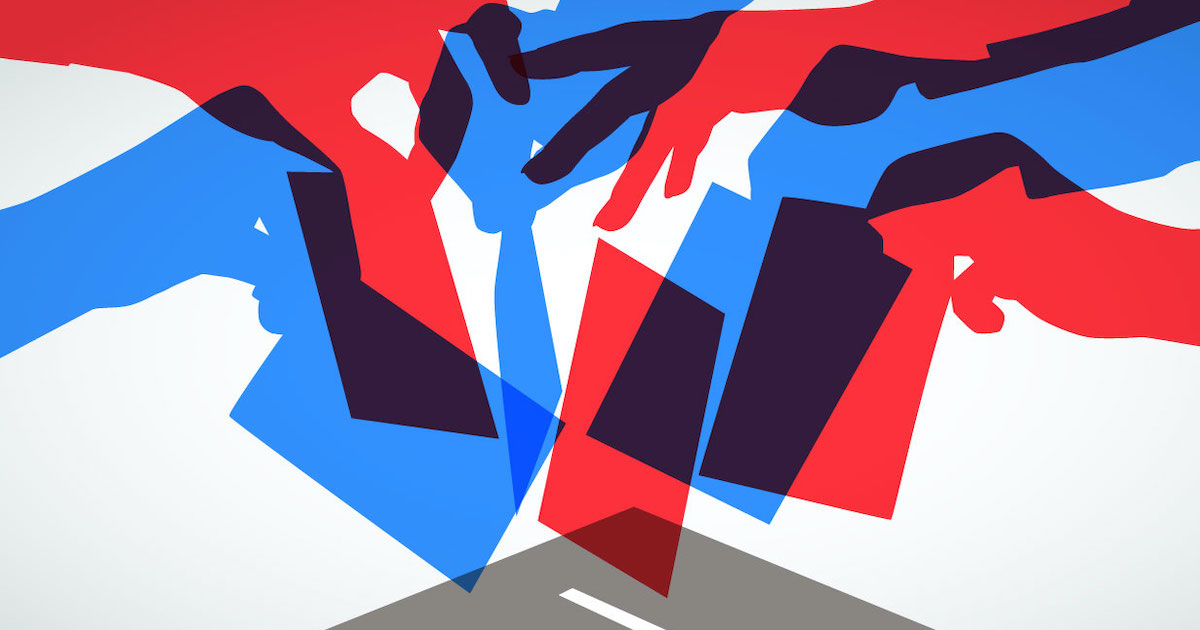 Guilty Parties: Our Elections Have Been Stolen; Just Not How You Think

Editor's Note: This op-ed originally appeared in the Maine Voices section of the Portland Press Herald and has been republished on IVN with permission from the author.

Until now, no American ever experienced the horror of our Capitol being attacked by fellow Americans. Greg Kesich, in his Jan. 10 column, described it as “watching democracy come unglued.” True! Political scientist Jasmin Mujanovic was quoted as recommending investing in a massive public education campaign and setting up a 9/11-style commission. Will the current political system also be evaluated? Using the same old party glue will not glue us back together. Why? The American voter is moving on.

At one time being a Republican or a Democrat was truly synonymous with being American. The election results vividly show that in the presidential elections of 1940 and 1944 Americans voted overwhelmingly as either Republicans or Democrats. Third parties were way under 1 percent of all voters. In the 1940 election the only independent running (Alfred Knutson) got 545 votes! Fast forward to today. The demographic changes are massive. About 40 percent of voters are independent voters, a noticeably greater plurality than is enrolled in either major party. About half of all millennial voters are independent.

In November Alaska ended its closed primary, the first state in the Union to vote for a top four open primary system. Florida voters came very close to ending their closed primary, which began in 1913. A large majority of Florida voters (57 percent), both party members and independents alike, voted for a top two open primary. The proposed amendment fell 3 percentage points shy of meeting the 60 percent requirement for becoming part of the state constitution. Residents of St. Louis approved a proposal to hold open primaries for municipal offices. The Independent Voting Project is in the middle of a lawsuit against the state of California, challenging the constitutionality of its denying nearly 6 million independent voters full participation in the taxpayer-funded presidential primary. If IVP wins, it will set a serious precedent in support of the fundamental right to participate in primary elections in any state. This political earthquake will shake Maine and America.

Last week, Kesich mentioned that some Maine Republican Party leaders have been publicly saying that the presidential election was stolen. They have been, and this is sad! But do Maine and American voters have a stronger theft case? For years both parties have done their best (or worse) controlling our public American election system. They have engaged in lawsuits, gerrymandering of congressional districts, voter suppression, restricting who can and can’t run, etc. Isn’t this “stealing”?

One vivid example of party control occurred in 1988. In 1976, 1980 and 1984, the national League of Women Voters sponsored the presidential debates in a nonpartisan manner. However, in 1988, the candidates’ campaigns told the League it had to follow the written rules they’d drawn up, which were more partisan. In a shining moment in League history, President Nancy Neuman announced they’d be withdrawing. She said the League did not wish to be “an accessory to the hoodwinking of the American public”! Today these debates sadly continue without the League’s sponsorship. Too many in the media aid and abet by painting the states either red, blue or purple while the demographics show a truer picture.

In 2014, Sen. Chuck Schumer, now majority leader, wrote a New York Times op-ed headlined “End partisan primaries, save America.” Great idea. What are he and both major parties waiting for? The independent voter may well reach a majority of the electorate in the future. Will the two-party system be pushed one day from the mainstream to the fringe? Former Republican U.S. Rep. Mickey Edwards, author of “The Parties Versus the People: How to Turn Republicans and Democrats Into Americans,” advised ending the parties’ control over our election system. Good advice, if the parties want to gain the respect of the voter and help reduce membership decline.

We applaud Bangor state Sen. Joe Baldacci’s sponsorship of a top-two primary bill. May all Mainers urge their state legislators to support this bill so all voters can vote in a public nonpartisan primary that is based on true voter freedom and greater candidate choice. Maine and America are not just red or blue – we are Red, White and Blue! That is the best way to glue us all together!