Up Next
...
The Brain of an Independent, from Ron Paul to Bernie Sanders
Read More 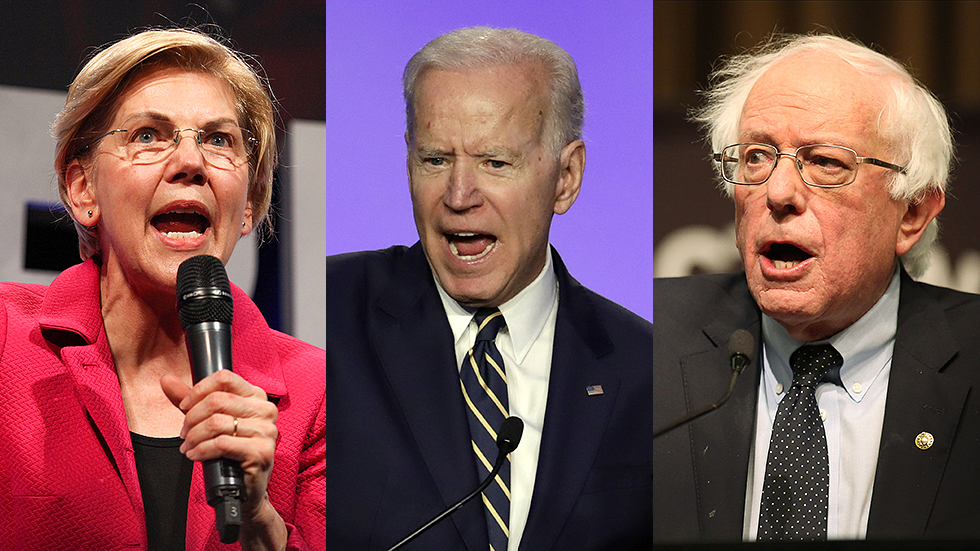 In a first-of-its-kind poll, FairVote partnered with YouGov to showcase the benefits of ranked choice voting to determine the true preferences of Democratic voters in a crowded 2020 field. Instead of the single-choice method used in traditional polling, this poll allowed likely Democratic voters to rank candidates and issues in order of preference to provide a greater insight into the state of the race and potential paths to victory for certain candidates.

The results show that there is one candidate who is not only outpacing former Vice President Joe Biden, but could beat him in a head-to-head contest: US Sen. Elizabeth Warren.

An interactive presentation of the poll's findings allows voters to filter voter preference data by demographic groups, simulate a ranked choice voting tabulation, and even simulate what head-to-head contests would look like right now.

“In contrast to how most single choice opinion polling is used, ranked-choice surveys allow a greater understanding of how voters are considering a field of options, what depth of support candidates have in rankings and how one candidate’s fall over the course of the campaign could affect others' rise. While the state of the race may change coming out of tonight’s debate, the current findings suggest Sen. Elizabeth Warren as the current frontrunner in the race,” said FairVote president and CEO Rob Richie. “This survey gives a snapshot of a moment in time, showing where the democratic electorate is landing on the candidates and the issues, what could happen if the field narrows, and which candidates are best-positioned to benefit.”

Here are some important takeaways on how Warren is currently outpacing Biden:

The findings also provide numbers that back up the popular analysis that as long as both Sanders and Warren remain in the race, they are splitting the same voter base. Warren, however, picks up more support if Sanders is removed from the equation.

Here is a simulation of what the race looks like with only the top 5 candidates:

Here is the same simulation, but without Bernie Sanders:

Now here is what the race looks like without Elizabeth Warren:

Again, you can create your own simulations based on the results here.

The poll also found that an overwhelming majority of survey takers not only found their ranked choice voting experience to be easy, but prefer it over the traditional select-one method.

"More than two-thirds of participants reported that ranking their choices was easy, and 65% said they favor ranked choice voting, while only 13% opposed," reports FairVote. "Participants also voiced preference for ranked choice voting to a traditional runoff election by a merging of greater than two-to-one and 75% indicated it was important to consider rule changes that 'would allow voters to vote for the candidate they like the most and still help decide who wins between the leading candidates.'"