Homelessness
Up Next
...
Why The Maine GOP's Biggest Argument Against Ranked Choice Voting is a Lie
Read More 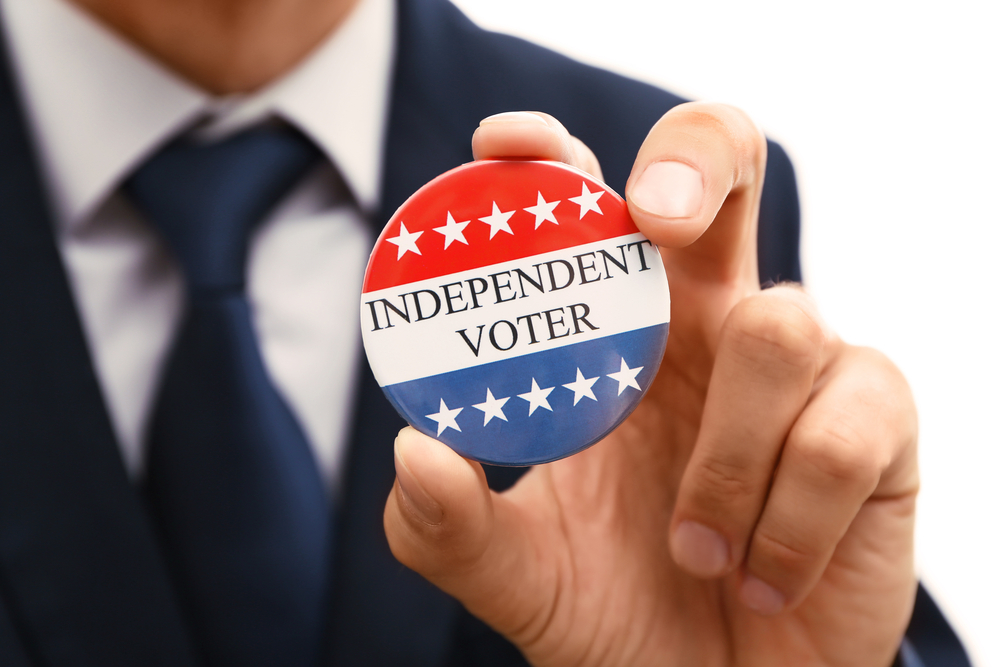 Americans continue to be more likely to identify as politically independent than with the Republican and Democratic parties. Gallup has continued to track this trend, with independents hovering over 40% of the voting population.

The problem though gets into polling on party leaning. It gives skeptics the data they need to say that political independence in America is a myth. It allows the parties and the pundits and the media to force Americans into boxes.

As result, many continue to ignore a startling reality about the state of American politics -- a reality that we, at IVN, have reported on for years: A shrinking minority of the voting population has the most influence in elections because of a duopolistic electoral system manufactured by the parties themselves.

Harvard Business School professor Michael Porter and former Gehl Foods CEO Katherine Gehl co-authored a groundbreaking report in 2017 examining how two-party control over the electoral process has damaged political competition, and the devastating consequences this has had on our politics altogether.

Gehl and Porter approach politics in a truly unique way. They look at politics as an industry, controlled by two private corporations that have been able to maintain their duopoly because the current system forces all key players in the democratic process to align with the Republican or Democratic Party:

"In the politics industry...most everything necessary to run a modern campaign and govern is tightly connected to—and often controlled by—the duopoly. Suppliers (read: candidates), then, have limited power to shape competition, but face strong pressures to align with one side of the duopoly. In fact, as elections and governing become more complex and partisan, suppliers prosper and their revenues grow. Rather than supporting solutions and finding common ground, suppliers make partisanship worse.” – Katherine Gehl and Michael Porter

Imagine if people thought they only had two places to eat: Burger King or McDonalds. More than that, these two companies had such a powerful hold on the industry that they were able to shut out all other competition. leaving people only two sources to get their meals.

Now imagine that most people didn't want to associate with either franchise. They reject being labeled a "Burger King patron" or "McDonald's patron," and more and more people start to reject these labels. Neither franchise has to market to these people. They only need to focus on making their loyal patrons happy because everyone else, at the end of the day, will have to pick one or else they will starve. So, of course, people will end up having a preference. They will lean toward one or the other.

And when these companies no longer have to market to every consumer, there ceases to be any real competition in the industry.

This certainly sounds like an extreme scenario. Two companies are not going to have such a grip on the food industry that they are the only two sources for people to eat. Yet, this seemingly impossible scenario is exactly what we have in the political industry.

This is an industry that is controlled by the Republican and Democratic Parties at every level, and because of things like party primaries and gerrymandering, the parties pander only to a shrinking base of hard-line party supporters, widening the divide between the parties and exacerbating gridlock.