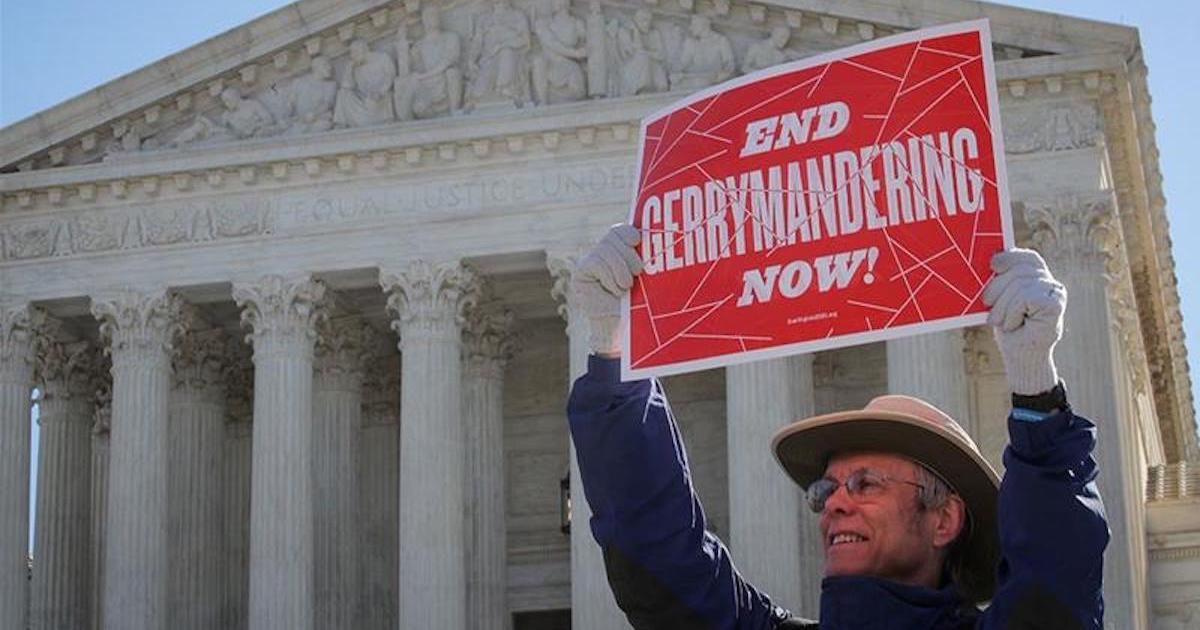 Fair Maps Advocates Sound The Alarm Over Gerrymandering in 3 States

With the 2021 redistricting cycle in full swing, one-third of the country has already solidified some of its new state and federal districts for the next decade.

Sixteen states have completed at least one redistricting plan so far, with 11 of them finalizing maps for both Congress and the state legislature (setting aside states with one congressional district). But the mapmaking process is far from over due to several legal challenges already filed against states for potential voting rights violations.

Fair maps advocates are raising the alarm over a lack of transparency and particularly egregious redistricting plans in North Carolina, Ohio and Texas — three states with a history of partisan gerrymandering.

Advocates say that these such instances of partisan gerrymandering could be thwarted if Congress were to pass the Freedom to Vote Act, a broad electoral reform bill. But Republicans have used filibusters to block the legislation from moving forward.

"This redistricting cycle is not yet over. There is still time to salvage the next decade of elections for millions of Americans. The Freedom to Vote Act provides the tools voters need right now to secure national redistricting reform that puts power back in the hands of the people, where it belongs," said Kathay Feng, national redistricting director at Common Cause.

The North Carolina Legislature has finalized its maps for the state House, the state Senate and Congress. All three plans have received failing grades from the Princeton Gerrymandering Project for significantly advantaging Republicans.

Bob Phillips, executive director of Common Cause North Carolina, said during a press call that his organization is concerned these maps will harm minority voters and make it harder for Black lawmakers to be re-elected.

"We have 36 African American lawmakers in the General Assembly and by the way these maps have been drawn, 25 percent of these folks may not come back," Phillips said. "We care about the process, not the outcome, but I'm just stating, factually, what the outcome is."

Additionally, there was a lack of transparency throughout the redistricting process, Phillips noted. None of the public meetings were livestreamed by the government so Common Cause North Carolina recorded them instead. It was also difficult to discern which lawmakers were involved in the drawing of maps and whether racial or partisan data was being considered in the process, he added.

For the first time, Ohio is using a hybrid commission system to draw its maps. For congressional maps, the Legislature must attempt to pass plans with bipartisan approval. If that fails, the mapmaking authority goes to a seven-member commission, and if that commission also fails to approve maps, it goes back to the Legislature and maps will only be in effect for four years.

However, Ohio's bipartisan redistricting commission only held one meeting, in which members heard testimony but did not vote on any proposed maps of their own. Because the commission failed to produce and approve redistricting plans, the mapmaking authority has now been punted back to the Republican-controlled Legislature.

"For months, Ohioans have pleaded with state leaders for a fair, transparent and participatory redistricting process. Yet even after voters overwhelmingly approved redistricting reform in 2018, those in power are showing that they will continue to shut out the voters to manipulate the process and district lines to their political advantage," said Catherine Turcer, executive director of Common Cause Ohio.

While the congressional maps are not yet finalized, drafts proposed by lawmakers so far have received failing grades from the Princeton Gerrymandering Project due to significant Republican gerrymanders.

The maps for the state House and state Senate were finalized in early October. The state House map received an F because it gives Republicans a significant advantage. The state Senate map was more fairly drawn, with only a slight Republican advantage, more compact districts and fewer county splits, so the Princeton Gerrymandering Project graded it a B.

In Texas, the lawmaker-drawn maps for Congress and the Legislature did not receive glowing report cards from the Princeton Gerrymandering Project. The congressional maps were graded an F for giving significant advantage to Republicans and including non-compact districts and more county splits than usual.

The state Senate maps also got a failing grade for advantaging Republicans and being very uncompetitive and non-compact. The state House maps were graded a C for only slightly favoring the GOP, but giving considerable advantage to incumbents.

As state lawmakers drafted and approved these maps, there was very little transparency and few opportunities for meaningful public input, said Anthony Gutierrez, executive director of Common Cause Texas. Map proposals were published only a few days before public hearings, so advocates and citizens did not have an adequate amount of time to review them, he said.

Although Texas' election maps have been finalized, several lawsuits have been filed challenging them for potentially violating the Voting Rights Act by diluting the voting power of Black, Latino, Asian American and Pacific Islander and other minority voters.

"Texas is just the latest state to suffer through an unfair redistricting process and gerrymandered maps. Without action from Congress this year, we won't be the last," Gutierrez said.

Other states have also earned poor marks, but were not cited by Common Cause. For example, mapmakers in Illinois earned an F for both the congressional and state Senate maps, which heavily favor Democrats.