Homelessness
Up Next
...
OPINION: We Don't Need Another Political Party
Read More 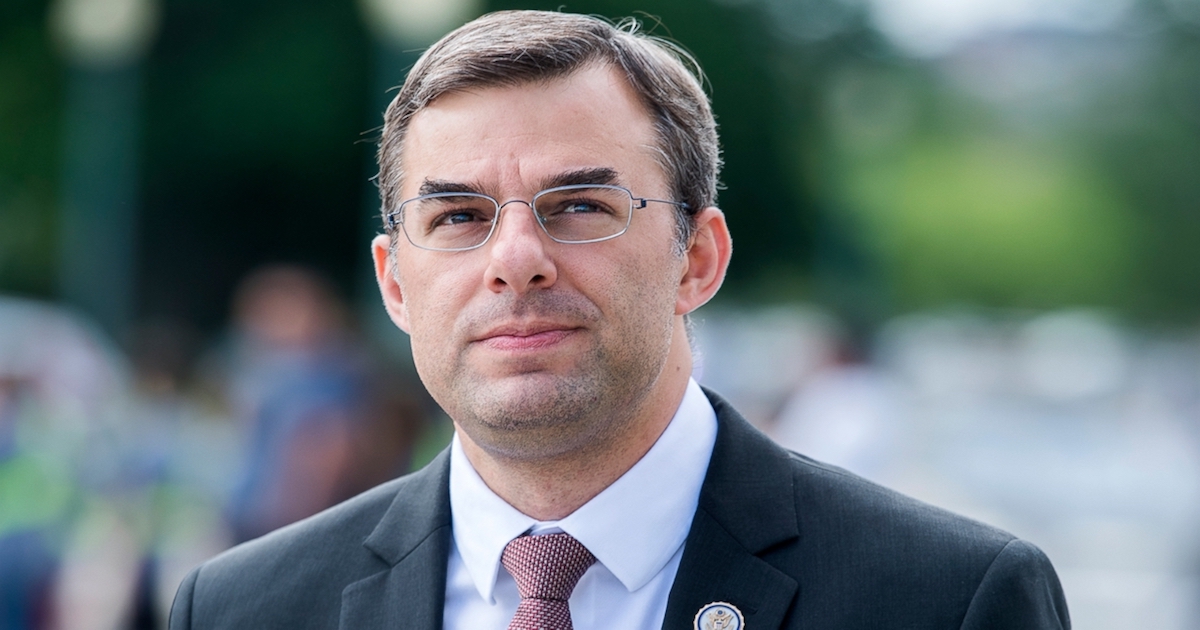 This article first appeared on The Fulcrum

Shouted down as a "spoiler" for three weeks after announcing he was getting ready to run for president as a Libertarian, Justin Amash has abandoned the idea of a third-party candidacy.

The coronavirus pandemic's hindrance on his prospects was the reason offered last weekend by the Republican-turned-independent conservative congressman from Michigan. But many will fairly conclude he was bowing to the withering attacks he received.

We all purport to want more viable choices in elections. Who wouldn't, given the state of things? But "not this time, because this election is critical" is what you usually hear regarding adding a third choice in any general election. This year's presidential contest is certainly no exception — especially now that Amash has followed Howard Schultz, the former Starbucks CEO, as a prominent independent who got shamed out of the arena.

Despite the seeming hypocrisy — we want more choice, but "not now" — it's hard to blame people for this reaction. Recent history is littered with outsiders who quite possibly altered the final presidential outcome. And without a prayer of winning.

Democrats are particularly sensitive on this topic. Ralph Nader's impact on the 2000 election, taking more than enough votes from Al Gore in Florida to tip that decisive state to George W. Bush, will scar the party for decades. And last time, the Green Party's Jill Stein tallied more votes than Donald Trump's margin of victory in three key states.

On the Republican side, Libertarian Gary Johnson won more votes than Stein in 2016. But you would have to go back to 1992 to make a somewhat viable argument that a third-party candidate — in that year, Ross Perot — took so many votes away from the GOP nominee that a Democrat got into the White House.

Amash, and the Libertarians he contemplated joining, asserted he could pull votes from the two major parties equally. That was their central argument against being pilloried as "spoilers." But that uncertainty-filled claim is cold comfort for those of us who want to see winners claiming a mandate of majority support.

But the criticism of Amash and other outsider candidates is misplaced. It is the system that is broken.

Coverage of Amash's brief flirtation fixated on the spoiler possibilities but rarely pointed out solutions that would accommodate additional candidates without adverse consequences.

Maine gets it. In recent decades, the state has five times elected or re-elected a governor with less than 40 percent of the vote. The people grew tired of more than 60 percent of them choosing candidates that didn't win, and in 2016 they backed a ballot initiative switching to ranked-choice elections. The system that allows voters to signal support for multiple candidates and then uses an instant-runoff approach if the initial tally doesn't yield a majority winner.

What does this mean? Let's look at a hypothetical race between three candidates — "Justin," "Donald" and "Joe." Let's say you vote for your favorite, Justin, and rank Donald second. Now let's say no candidate has a majority of No. 1 votes on the first tally, but Justin is in last place. In this example, he's eliminated and Donald and Joe move to an instant runoff. With all Justin-is-first-choice votes redistributed to the second choices, either Donald or Joe will surely have a majority.

So liking Justin best but being OK with Donald did not inadvertently help elect Joe — although, sadly, something like that would happen in almost all of our elections.

States may award electoral votes however they want — and last year the Maine Legislature expanded its ranked-choice voting embrace to include the presidential contest. Its electoral votes this year will be awarded as in my example. (There will in effect be three tallies, because the statewide RCV winner will get a pair of electoral votes and the winner in each House district will receive one.)

Something similar happens in Nebraska, although pluralities remain the standard there. And in the other 48 states, all the electoral votes will go to the candidate with the most votes statewide — whether a majority or not.

What's been the result of allowing plurality victories? In 1992, after a campaign where Perot was the polling front-runner for a while, Bill Clinton won the presidency even though he cracked 50 percent in just one of the 32 states he carried — his home state of Arkansas. In 2000, George W. Bush won less than 50 percent in four states he carried, Florida most famously among them.

And four years ago, 92 of Donald Trump's electoral votes came from the six states he carried with less than half the popular vote: Arizona, Florida, Michigan, Pennsylvania, Utah and Wisconsin. That's a lot of battlegrounds where most people voted for somebody other than the candidate who carried the state.

Moreover, the result is that outsiders get shouted down as wasting votes or worse — "a vote for Stein is a vote for Trump" etc. Over time, outside candidates get no funding, and don't run. It's a vicious cycle that leaves us the two-party choices we know all too well.

I have nothing but respect for people who run outside the Democratic or Republican parties. We should generally applaud anyone that runs for office, not blame them.

But under our current flawed system, Amash's addition to the race would have been a hand-grenade with unpredictable consequences. Now that the predictable backlash has pushed him out, we are again stuck with a lesser-of-two evils choice in a broken system.

Instead of the Groundhog Day refrain of "not this time" reaction to a third choice, voters should help reform our elections. Other states should follow Maine's lead. With the spoiler effect removed, votes for outsider would become "safe." That vicious cycle could become a virtuous cycle — more support, more funding, etc. — that benefits outsiders.

Rather than discussing from whom Justin Amash would "steal" votes, we could be talking instead about what he stands for and whether he deserves our support.

Let's fix the system so we can welcome additional candidates outside the two major parties.

John Palmer is a principal of the San Francisco private equity firm Hanover Partners and a board member of the National Association of Nonpartisan Reformers, a coalition of groups advocating for policies that "increase competition, participation and accountability in our political system."