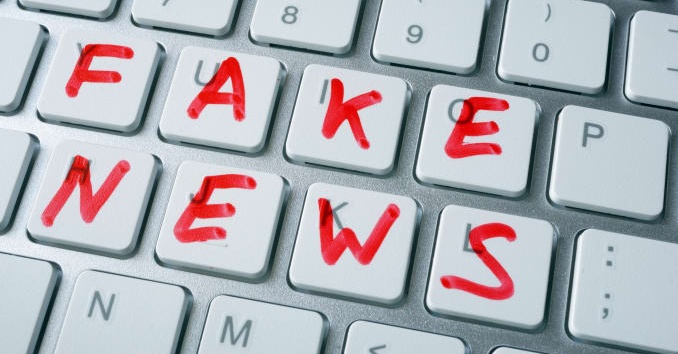 Does Anyone Else Remember When Politics Was About Policy?

In the never ending swirl of fake news media controversy, is anyone else wondering what happened to real political news about actual public policy?

Fake News is one of the most apt terms to describe political coverage in this era. Most people seem to understand it to mean false or misleading news reports, but that’s not what fake news really is. Fake news is what you find every day in 2019 when you tune the television to reputable broadcast network news or opening the once-respectable mainstream newspaper to find what is essentially a tabloid gossip segment or column.
‍

That’s what has passed for news in recent years, tabloid gossip. It’s not any less superficial just because it’s about politicians or journalists instead of singers or actors. And it’s doing far more damage to our society because people consuming this intellectual equivalent of junk food can pretend they’re engaging in something serious, while traditional tabloid audiences knew all along they were indulging in trivialities.

The once proud Fourth Estate used to take itself seriously as a guardian of truth and democracy. Now the biggest brands in news are shameless clickbait mills and purveyors of decadent nonsense, wrapped up in the disguise of real news outlets. Even when everything they report is 100% completely, factually true, what they choose to focus on and how they cover it shows they are not real news organizations any more. They’re now fake news organizations.

The corporate press has made the entire last three years of US politics about three easily hashtaggable #Controversies a week, usually centered on a polarizing individual person. Social media users erupt with the hot takes on the three acceptable topics to discuss for the week, then promptly forget about them in time for next week’s hashtagged junk topics.

#Trump is the one topic that never leaves the rotation, but you’ll all forget about him as soon as the next president takes office. And while we’re discussing him, the headlines that dominate the weekly news cycle are more often than not fake news. They’re palace intrigue stories, and speculations on Trump’s adderall use or mental health, and fitful conniptions (or gleeful paroxysms) over his latest sick burn of a political opponent on Twitter.

Even for all the hard feelings about Obama, Bush, and Clinton when they were president, the fight back then was more centered on policy. It wasn’t an excruciatingly tedious and trivial picking over of every minute of a single person that people loathe or love at a visceral level, and making that the talk of the week for the entire week for four years straight.

Back when Obama was president, Republicans didn’t like it, just like they didn’t like it when Clinton was president, and just like they won’t like it when the next Democrat is president. Plenty of Republicans loathed him. Maybe plenty even hated him. But does anyone remember how different the news was back then? The controversies were over policy, not personality. We actually fiercely debated as a nation about the laws themselves.

We fought a war of words and ideas over the bipartisan Troubled Asset Relief Program (TARP), the Wall Street bailouts that Obama, Pelosi, and Bush supported. We argued about the trillion dollar stimulus package (The American Recovery and Reinvestment Act of 2009). We fought tooth and nail over “ObamaCare” (The Patient Protection and Affordable Care Act). The Tea Party called for Washington to curb federal spending. Occupy Wall Street called for greater regulation of the finance industry. Those were serious, robust national policy debates.

When George W. Bush was president, Democrats didn’t like it, just like they didn’t like it when George H. W. Bush and Reagan were president. Plenty loathed him and probably even hated him. But back then we were actually discussing the policy issues at stake, and how they would actually affect our lives. We rankled over the Bush tax cuts. We had a serious discussion about the Patriot Act and the Constitution. The media both supported and criticized the 2003 Invasion of Iraq. We hotly debated No Child Left behind. These were serious, robust national policy debates.

Now what do we have in the Trump era? Just a hyper-polarized partisan tribalism catered to by a complicit media establishment that would sell our republic’s future to shake a penny out of your pocket for the ad revenue on the latest inane tabloid clickbait headline. We don’t read and discuss news anymore. We read party-branded fake news gossip columns that feed the narcissism of our ego-invested partisan online identities.

The media establishment might defend itself by saying they’re just giving the people what they want, but that’s not leadership, it’s charlatanism. It might defend itself by saying that Trump started it, and maybe that’s even true, but the media has had three years now to pull itself together and step out of his frame, and they have chosen to go with the decadent paradigm of reality television as politics. They’re every bit as guilty now as Trump. Maybe more guilty, because Trump is being Trump, but the media has forgotten how to deliver real news.

The real tragedy of this reality television era in politics is that it has crowded out serious citizen discussion of public policy. The irony is with more access to information than ever, the way we have been taught to think about politics since 2016, our citizens are probably less informed than ever about the actual issues. And that’s a dangerous sea change for the future of our country. Enjoy having all that fun reading fake news and taking cheap shots at nothing on Twitter. Because if you don’t help shape the public policy of the United States, someone else will for you. And that doesn’t sound like freedom, democracy, or America at all.