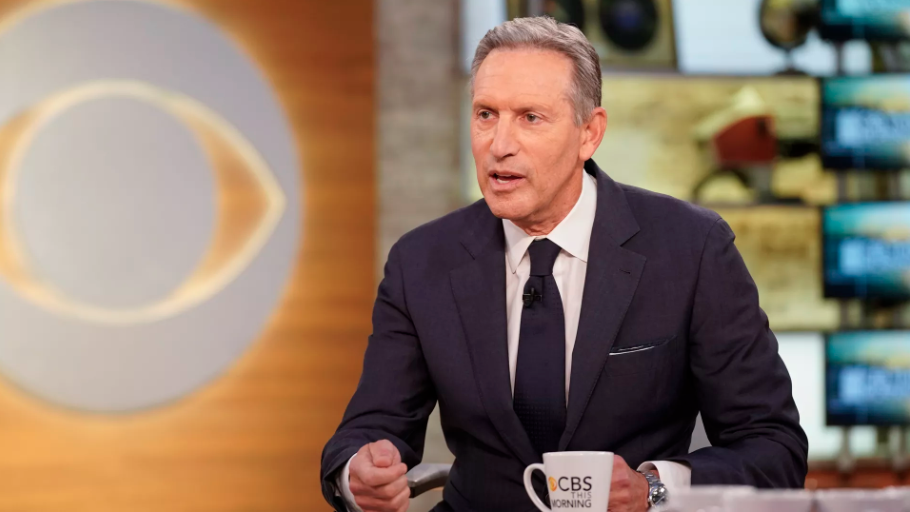 Debunking the “Spoiler Myth”: Lessons from a Competitive Kansas Independent to Howard Schultz

Since Howard Schultz announced that he was considering running for president as an independent, there has been much speculation about how his potential entry might affect the race in 2020. Specifically, howls of Schultz “spoiling” the race have been heard from Democratic candidates and operatives.

The attacks on Schultz are eerily reminiscent of the recent attacks on Greg Orman during his 2018 run for Kansas governor as an independent. Orman’s race could provide important insight into how third-party and independent candidates should be considered in the presidential and other down-ballot campaigns in 2020.

Unlike Schultz, Orman wasn’t a newcomer to elective politics. Orman ran in 2014 for the US Senate seat held by Pat Roberts. It was a unique race. The Democrat dropped out in early September after Orman moved ahead of him in the polls.

While Orman led in the polls in early October, he ultimately lost the race, receiving 43% of the vote. The Washington Post referred to the roughly $10 million in late money and national GOP celebrity firepower that rushed into Kansas to save Senator Roberts as “an unprecedented Republican rescue effort.”

Jim Jonas ran Orman’s campaign in 2014 and ran an independent expenditure organization called Grow Kansas to educate voters on the pro-growth public policies of independents in 2018. He commented:

“In 2014, Greg broke through the gravitational pull of the Republican vs. Democrat, our team vs. their team construct of American elections by demonstrating electoral viability, fundraising prowess and the ability to build a coalition of independents and disaffected mainstream Republicans and Democrats. Last year, Orman came close to breaking through again - our research showed him competitive and within striking distance until the late summer - but didn’t.”

The “gravitational pull” on independent candidates is a concept that Orman discussed in his Amazon best-selling book, A Declaration of Independents, and refers to the forces that work in concert to prevent independent candidacies from becoming viable.

Jonas, asked about the difficulty of third parties and independents to be consistently competitive candidates said, “Given the nature of current American electoral systems and the harmful vise grip of tribalism in our country, we knew we needed to be in second place or a very close third in mid-August after the primaries to have a clear path to victory.”

“In our first post-primary poll, Greg was in third place with 19% of the vote. Kelly was at 32% and Kobach was at 38%. We knew we had an uphill battle given how toxic Kobach was to so many Kansans. The race became binary: Kobach or the anti-Kobach. The race was never about the Democrat, Laura Kelly. However, once she passed a certain level of acceptability by enough independents and mainstream Republicans, voters felt they didn’t have the luxury of looking beyond that Kobach narrative. They were going to gravitate to the candidate who had the best chance to beat him.”

Jonas suggested that the key variable in preventing Orman from being successful in 2018 was primarily financial – a barrier that Howard Schultz likely won’t have.

“We knew that getting Greg into second place by mid-August was going to require us to spend two to three million dollars. The first public polling after the partisan primaries was essentially our general election,” Jonas commented. "Had we been able to raise Greg’s awareness and positive momentum heading into the fall and be generally recognized as the candidate in first or second place in those polls then the game would have been on. Unfortunately, we were only able to raise $500,000.”

Jonas contended that many of the donors who had given commitments to funding the outside education efforts ended up investing instead in the fight for control of Congress to put a check on President Trump.

“There were a lot of Republicans who were troubled by Kobach, but reluctant to vote for a Democrat. Orman appealed to them. And there was a majority of independents who also thought Orman was a stronger candidate against Kobach in our internal head-to-heads," Jonas explained.

The same might be said for a Howard Schultz candidacy.

According to insiders on Orman’s campaign, by Labor Day, Orman had stopped actively fundraising. He also pulled his TV ads from the Kansas City market by Labor Day and all markets by mid-September. Nick Connors, who worked on Orman’s campaign, commented that despite "great Orman debate performances, innovative policies, and a compelling message, we just couldn’t sell Greg’s electability argument. We couldn’t get Kansans past the fear of accidentally electing Kobach.”

Connors contended that many voters actually told Orman that they thought he would be the best governor, but were voting for Kelly out of fear.

In fact, a poll by the Docking Institute at Fort Hays State that was released in October, showed Orman’s name ID was 13 percentage points higher than Laura Kelly’s and he had a positive net approval rating. Many voters in that same poll couldn’t identify Kelly by name, and yet said they planned to vote for her in the fall.

There’s a lesson in that for Howard Schultz, according to Jonas.

“Schultz has to debunk the myth early that he’s just going to spoil the race and help re-elect Trump," he said.

"That won’t be easy with the chorus of voices in the media and political elite echoing that conventional wisdom. If Schultz is to be viable, he’ll need to show it early. If he thinks he can run a traditional campaign that sits on his financial advantage and surges at the close of the race in the fall of 2020, he’s nuts. His campaign will need to break out early, define his place in the race, demonstrate electoral viability before the Democrats select their nominee, or he’ll have very little chance of success.”

“You have to be careful about assumptions about from where independent and third-party candidates can pull votes,” he said.

While the overwhelming conventional wisdom among Kansas Democratic operatives and media was that Orman was pulling Democrat and independent support that would otherwise go to Kelly, Jonas disputes that:

“Our repeated polling confirms that Greg drew support disproportionally from Republicans even at the close of the race. Democratic operatives were apoplectic that Orman would throw the race for Kobach. Our polling in the final week showed just the opposite actually played out.”

According to Jonas, you also cannot take Orman’s campaign as evidence of the universal inability of independent candidates to be competitive.

“With as little as a couple million more dollars in pre-primary spending, we would be talking today about Governor Orman ushering a new era in Kansas and potentially American politics,” said Jonas.