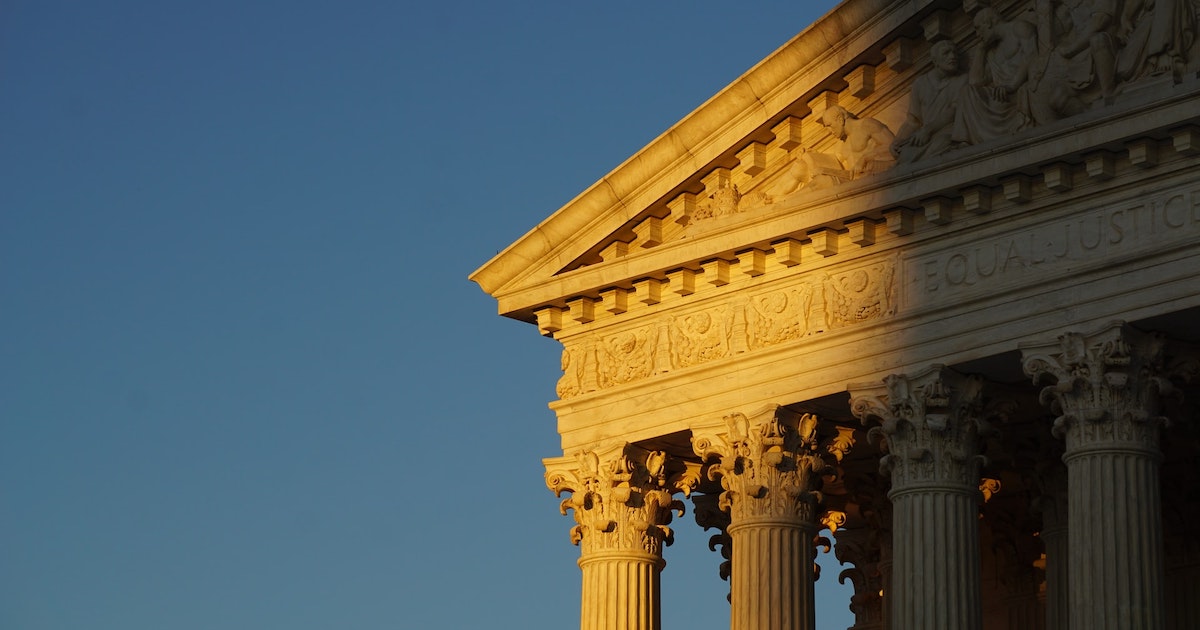 Beyond Abortion: Putting The Latest Challenge to Roe v Wade Into Context

On July 22, Mississippi Attorney General Lynn Fitch made national news by filing a brief with the Supreme Court asking the justices to overturn Roe v. Wade, claiming the 1973 decision and the subsequent 1992 ruling in Planned Parenthood v. Casey were “egregiously wrong” as “both recognize a right that has no basis in the Constitution.”  She added, “It is time for the Court to set this right and return this political debate to the political branches of government.”  Days later, 228 Republican legislators signed on in support.

Fitch’s request was the most direct attack on Roe in decades, abandoning conservatives’ previous strategy of accepting the decision while legislating away any opportunity that most women, especially poor women, had to actually obtain an abortion.  However, because abortion rights is such an inflammatory issue, the reaction to Fitch’s brief failed to delve into its deeper significance and its potential impact on any number of key issues, such as voting rights, that the Court will be called on to decide in its coming sessions.

What Fitch is asking for, of course, is the right of states not only to enact restrictive abortion regulation, but to ban the procedure entirely.  As her brief indicates, this request is based in the Tenth Amendment to the Constitution, which states simply, “The powers not delegated to the United States by the Constitution, nor prohibited by it to the States, are reserved to the States respectively, or to the people.”  At the time the amendment was ratified in 1791, most Americans identified themselves as citizens of a particular state rather than with the “United States” and feared a strong central government would usurp states’ rights.

For eighty years, Tenth Amendment law was quiescent since the federal government had no powers under the Constitution to impose state standards for individual rights, including the right to vote or even state citizenship.  That all changed in 1868 with the passage of the Fourteenth Amendment, perhaps the most important guarantor of civil liberties in the entire Constitution.  It declared that anyone born or naturalized in the United States was a citizen not only of the nation, but also of the state in which he or she resided.  Further, it forbade states from passing laws that abridged the “privileges and immunities of citizenship,” and demanded that any person, not just citizens, be accorded “due process of law” and “equal protection of the laws.”

As a result, for the first time, states’ authority became subordinate to the national government, even in areas traditionally reserved to them under the Tenth Amendment.  Although not initially interpreted as such, the Fourteenth Amendment was eventually seen as applying the Bill of Rights to the states and not just the federal government.

But how far did the Fourteenth Amendment go?  From the first, states, especially southern states, saw the amendment’s reach as limited to preventing overt discrimination.  Although they did not put it so crassly, Southerners believed that to run afoul of the Fourteenth Amendment—and soon the Fifteenth, which was supposed to guarantee the right to vote—a state law had to announce it was discriminatory, such as a law restricting jury service to whites.  Southerners insisted that more subtle forms of discrimination—poll taxes or a literacy requirement for voter registration, for example—remained under their purview.  For decades, the Supreme Court agreed.

Another problem with the amendment was vague terminology.  What exactly did “equal protection of the laws” mean?  Did it require a law never differentiate between classes of citizens, such as requiring a clean criminal record in order to purchase a firearm, or were some forms of discrimination allowed under a state’s “police power”?  “Due process,” which also appears in the Fifth Amendment as protection against the unfair deprivation of life liberty, or property, presented similar problems.  For state laws, did it mandate a minimum standard, such as the right to an attorney at trial, or did it go farther and require the right to an attorney even before a suspect was formally arrested?  And was it restricted to court proceedings, or did it extend to other government functions, such as lawmaking?  In every case, conservatives and liberals had very different ideas on how and where the amendments should be applied.

Eventually “due process” was given a broad definition under what was called “substantive due process,” which was defined by the Supreme Court in 1937 as those rights “implicit in the concept of ordered liberty,” although ordered liberty was again open to interpretation and did little to solve the problem.  Equal protection of the laws, and especially due process, remained subjective terms and subjectivity is the meat on which Supreme Court justices most enjoy dining.  Despite protests by “originalists,” such as Justices Gorsuch and Thomas, and former Justice Scalia, the Constitution is often vague and left to the Supreme Court to interpret as it sees fit, and it generally sees fit in line with the political ideology of those doing the interpreting.

In the 1960s and 1970s, the prevailing political ideology skewed very much toward civil liberties, especially for previously disenfranchised groups—women, the poor, and African Americans—which at long last were staking a claim to a piece of the American experience.  And so, the principles embodied in the Fourteenth Amendment were extended to such heretofore state privileges as rights of the accused, and equal access to schools, public institutions, the ballot box…and abortion.

In his 1973 majority opinion in Roe, Justice Harry Blackmun, a conservative Republican appointed by Richard Nixon, evoked substantive due process to extrapolate the Fourth Amendment prohibition against “unreasonable search and seizure” to include a “right of privacy.”  Conservatives, such as Robert Bork, howled.  “I am convinced…that Roe v. Wade is itself an unconstitutional decision, a serious and wholly unjustifiable judicial usurpation of state legislative authority.”  To Bork, there was no “right of privacy” implicit in the Fourth Amendment.  Blackmun had simply made it up.  That justices had been making up law since John Marshall made up judicial review in Marbury v. Madison in 1803 was conveniently left out of Bork’s argument.  For many on the left, on the other hand, Roe was the Fourteenth Amendment’s ultimate triumph over the Tenth.

But they celebrated too soon.  As the pendulum swung and the prevailing ideology in the United States turned more conservative, the Tenth Amendment began to make a comeback.  In such decisions as Shelby County v. Holder in 2014, the Court ruled that the key section of the Voting Rights Act of 1965 overstepped federal authority in denying states the right to draft voting laws as they saw fit.  “The country has changed,” John Roberts wrote in his majority opinion.  As the new spate of discriminatory voting laws enacted by Republican legislatures will attest, the country has not changed as much as the Supreme Court has.