Up Next
...
Comparing Coronavirus To The Last Five Epidemics
Read More 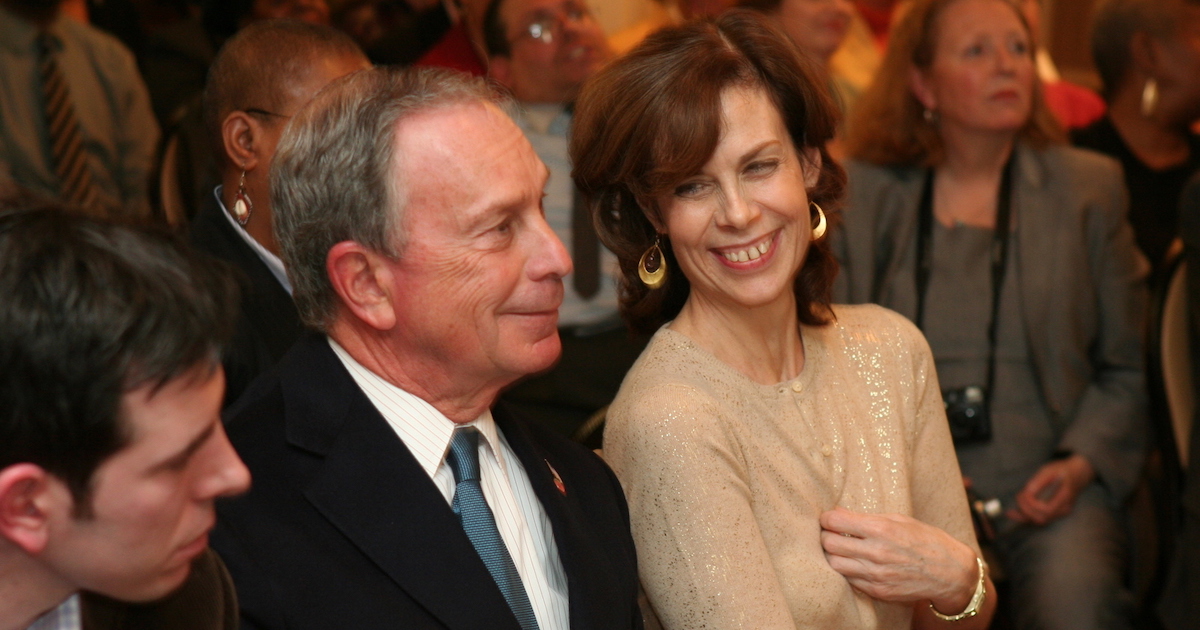 I rarely give advice when it is unsolicited. But when you know someone, and you’ve had a history with them, and when the stakes are high and people are asking what you think, you make an exception. Thus, I’ve decided to offer some to Mike Bloomberg, who says he is considering a Democratic Party primary run for the presidency.

I consider Mike a friend, whose campaigns for mayor of New York I helped to engineer—including running the Independence Party segment of his three mayoral bids. He and I (along with others) conspired (unsuccessfully) to bring nonpartisan election reform to the Big Apple. I am among many—from all walks of life—who think he was a great independent mayor. Mike, here’s my advice.

1.   Let the public know if you’re serious about running for President this time. No more floating, please. Been there, done that, twice. In 2008, while you were still mayor, your guys had a look at an independent presidential scenario. Of course, the press ate up the rumors. Then, you told the public you wouldn’t run, but that “the forces that prevent meaningful progress are powerful and they exist in both parties.” Good message! Still is!

In 2016, you took another look at an independent run. Spent a bunch of money hiring staff, stoking the rumor mill, making ballot access preparations. As a consequence, no other major independent stepped forward. You were The One, no one of mainstream stature could compete. Then, you announced you wouldn’t run, you didn’t want to split the vote and get Donald Trump (or Ted Cruz) elected. You gave a primetime speech at the Democratic Convention and backed Hillary. And then Trump got elected.

Now you say you may get in the race, this time as a Democrat. Your prerogative. Sorry to see you leave the independent fold. You filed papers in Alabama — not exactly a Bloomberg stronghold — but the deadline was the deadline. More deadlines coming up soon. More filings? More speculation? There’s a difference between testing the waters and playing footsie. At least in my book.

2. Let’s say you are serious, that you are really testing the waters for a run. That means you have to offer not just a rationale, but a vision for your candidacy.

What will that be? If you offer the American people the opportunity to build a new political coalition, you may get somewhere. Don’t fall into the trap of offering up centrism or moderation as an alternative to progressivism or radicalism. Those categories are shallow. If you think you can be a catalyst for fusing progress, pragmatism and independent reform on a national level, then tell the American people that’s what you’re trying to do.

You’re not interested in saving the Democratic Party. (All the so-called radicals in the Democratic Party are dedicated to saving the party.) You want to save the country. That’s much more important. And, by the way, much more radical. But don’t demonize Warren, Sanders, AOC, and the like. They are patriots who care deeply about this country, even if you don’t agree with some of their approaches.

3. Be the non-partisan reformer I know you are. That’s how you governed in New York City. You spent a decade, millions of dollars, and some significant political capital trying to break party machine control of the municipal election process.

You knew that there were one million independent voters in the city who were barred from primary voting and you (we) tried to change that system. Shame on those who opposed us. If you get into the presidential primary race, you will be running in states where independent voters—now 45% of the country—will be locked out, turned away, nullified, or forced to join a party in order to cast a ballot. Oh, your home base of New York is one of them! Make that voter suppression an issue in your campaign.

Challenge your competitors to stand with you. The DNC could direct every state party with a closed primary to shift to an open system. It’s not too late. And as a practical matter, you need to win 15% of the primary vote in most states in order to win any delegates to the Democratic Convention. If your hope is to go to the convention with enough delegates to influence the direction of the party, you’re going to need those independent voters.

Remember, it was independents who gave you your margin of victory for mayor.

4. Talk about how when you were mayor, you worked across the aisle, across communities, across ideologies, and across multiple interests. Talk about how you would like to bring that independence to national government. Donald Trump may be a bad guy, a bad businessman, a disgrace to the nation, and all that, but he was willing to take on some sacred cows. Are you? Whoever runs against Trump will have to do that, too. You know how to mix it up. I saw you do it when the New York political establishment mercilessly pressured you not to.

5. Don’t let the liberal media intimidate you. They can be bullies as much as Trump is a bully. Only they package it in a velvet glove. The New York Times just ran a column by Charles Blow arguing that no Black person or ally of Black people should vote for you because of the NYPD’s Stop and Frisk policies while you were mayor. Really? As we know, the courts directed reform of that policing program. But this Times’ editorialist seems to have forgotten that when you ran for re-election in 2005, during which time Stop and Frisk was in full effect, you got 47% of the Black vote. The independents helped you build that relationship and helped you appeal to the dissatisfaction of the African American community with the Democratic Party machine. Will you work to do that again?

6. You better figure out what the hell you’re going to say about Rudy Giuliani. Most partisan political analysts credit him with your win in 2001. I never bought that line. It was a cover-up of what really happened. It was the independents who put you in office. It might be time for you to recast the Rudy story and set the record straight.

Mike, I hope you’re thinking about all of the above. I know it’s unsolicited, but independents don’t always wait to be asked. But you know that. Know this, too. Our door is always open.