Up Next
...
10 Political Predictions for 2021: A Never-Ending Georgia Campaign, TMI from Joe Biden & Borat in Congress?
Read More 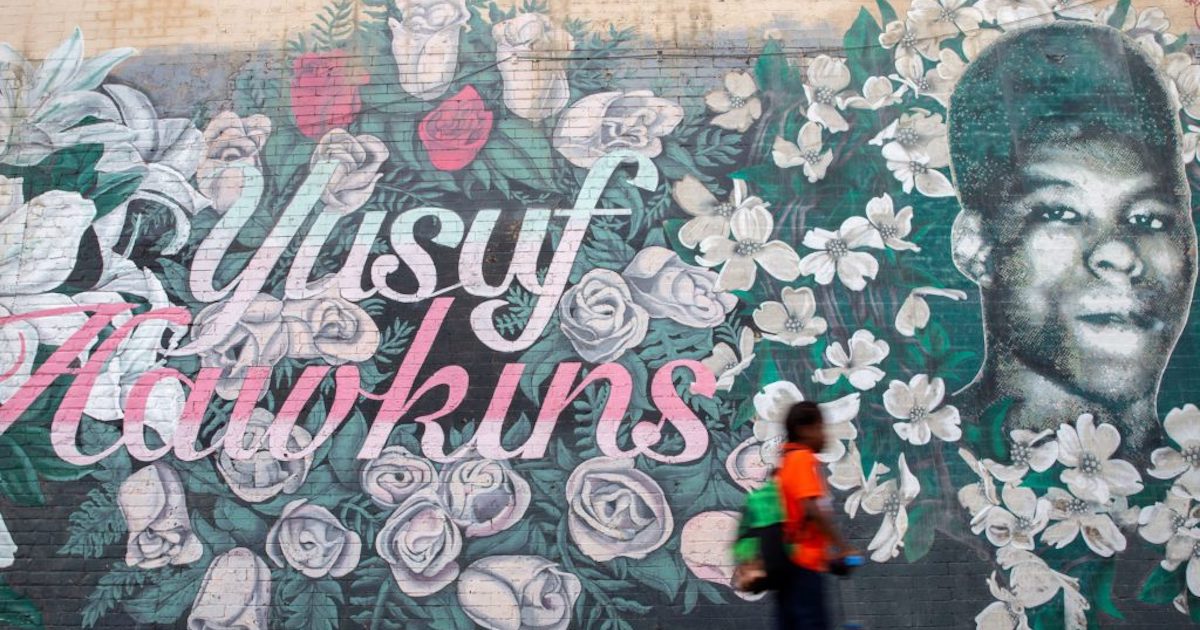 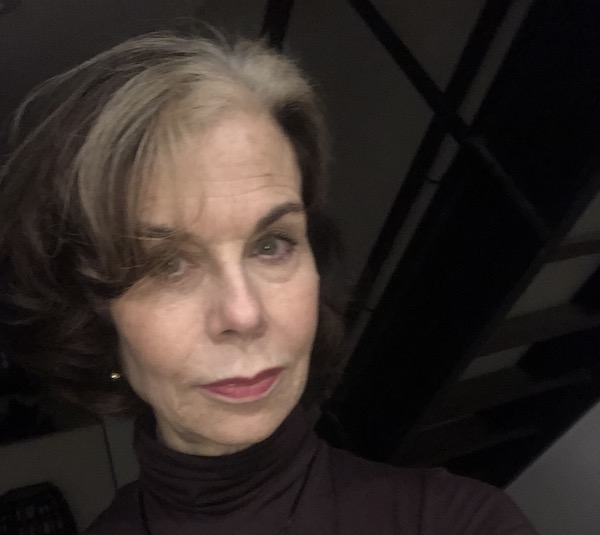 The marches in Bensonhurst are a distant memory for me. They were 30 years ago. I don’t recall many of the specifics, the details. We rode on busses to the Slave Theatre in Brooklyn and congregated there before heading to the site of the march, but most of it is a blur.

Still, I do remember the feeling, the tension of being on those streets, of being part of a crowd of protesters who had come to lay down markers: The injustice stops here. As Yusuf Hawkins’ father, Moses Stewart, said plainly at the time, “This isn’t just our problem anymore. This is Black people’s problem, in general. And, it didn’t start with my son being murdered in Bensonhurst. It started somewhere in the area of about 400 years ago. I just want to ask New York and America as well: When is it going to stop?”

Moses had his arm around the shoulders of Yusuf’s mother, Diane Hawkins, who was weeping. This, I do remember.

On August 12, 2020, HBO will premiere a documentary directed by Muta’Ali titled, Yusuf Hawkins: Storm Over Brooklyn. It chronicles the brutal killing of 16-year-old Yusuf Hawkins by a gang of white youth in Bensonhurst, Brooklyn in the summer of 1989. My colleagues and I — who spent week after week for two years marching in Bensonhurst — supplied Muta’Ali with rare footage of events there, mainly video shot by the activist/videographer/photographer Barry Z. Levine.

The filmmakers artfully weave together that historical footage with their own contemporary interviews with Diane Hawkins, Yusuf’s brothers Amir and Freddy, Yusuf’s close friends, and others who played a key role, including the Rev. Al Sharpton who led the protests, and the convicted gunman, Joey Fama.

The effect is a sober, wrenching, and timely recounting of the murder, the trials, the protests, and the emotional and personal consequences of it all.

Much of that original footage was compiled in a never-televised documentary titled, Yusuf’s Movement, released by Castillo Productions 25 years ago. Some of that archival video was used last year by the Castillo Theatre in its 2019 production of the play. “Billie, Malcolm and Yusuf,” to mark the 30 years since Yusuf’s death.

The play was written in 1991 by Fred Newman, an associate of Sharpton who had a big hand in the Bensonhurst protests, and directed by Gabrielle Kurlander, one of numerous white (many Jewish) New Yorkers who joined the protests at the time. Newman’s avant-garde drama imagines Yusuf’s encounter in Heaven with Malcolm X, Billie Holiday, and a third-rate comedian named Emmy Straight. Largely ignored  by New York’s elitist theatre critics in those pre-Black Lives Matter days, the play depicts Yusuf and Emmy as catalysts for convincing Malcolm and Billie to join a rebirth of Black leadership, breaking through their afterlife as dead icons as they head for the streets to lead anew.

A great strength of Storm Over Brooklyn is that it resists any temptation to turn Yusuf into an icon. He is who he was — a Black teenager, with friends and family, whose cousin thought he was” going places” in his life — an ordinary kid growing up poor who went to Bensonhurst on an August night with his friends to check out a used car for sale.

What happened that night was monstrous. And suddenly this ordinary family found itself at the center of an extraordinary explosion. The city rose up in protest, the Bensonhurst community responded with remorseless displays of racial hatred, a divisive and racist mayor who had survived a decade long DUMP KOCH movement was finally driven from office, a Black mayor was elected, an assassination attempt on Sharpton at a protest march almost cost him his life, and a broad-based movement for social justice was carved out of the tragedy.

That’s a hell of a lot to live with and through, and Muta’Ali—most poignantly through the interviews with Diane Hawkins, whose honesty and pain is overwhelming—lets that story unfold. He shows us how the family came through it all and went on to live and love. Amazingly, they are not bitter. But they have not forgotten.

One chilling moment in the HBO documentary is the sequence from Castillo’s footage of the moments following the Sharpton stabbing in 1991. Marchers had returned to Bensonhurst for the 20th time, on this occasion to protest the slowing pace of investigation and indictments. Michael Riccardi, a white Brooklyn local, made his way through police lines into the protest staging area on January 12, and thrust a 5-inch kitchen knife into Sharpton’s chest.

Sharpton dropped to his knees as Moses Stewart and others took off after the assailant, pinning him to the ground. Dr. Jessie Fields, a physician who was on site for the march, Fred Newman and Sharpton’s assistant Jennifer Joseph, tended to Sharpton, who pulled the knife out of his own chest. Fields staunched the bleeding as they loaded Sharpton into a car. Fields and Newman rode with him to the hospital. The ambulance had yet to show up and time was of the essence.

As they sped off to Coney Island Hospital, the crowd of protesters looked on in agony. Until Dr. Lenora Fulani — the Black independent political leader who worked closely with Sharpton and whom many considered his female alter-ego — was lifted up onto a car and handed a bullhorn.

“Rev Sharpton is on the way to the hospital,” she shouted. “He’s with doctors and we will hear soon because people have gone with him … We came out here to march and we’re going to march, they’re not going to stop us no matter what they do.”

The mixed crowd — Black and white — fell into line behind her as she pressed on. In Yusuf’s Movement, the camera remains on Fulani as she instructs the crowd. “It doesn’t make any sense for anybody to get into some f***king macho moves … these cops would love to take somebody out.”

Fulani was adamant that there would be no further violence that day, certainly none that might be incited by the crowd. The march continued on at a high pitch, but with no incident. After it was done, Fulani rushed to the hospital to check on Sharpton.

Sharpton is hilariously sanguine in the new HBO interview about the stabbing. He reports that he later told Mayor David Dinkins, regarding the scene of elected officials surrounding his hospital bed, “When I woke up out of this and saw y’all, I thought I died and went to Hell,” he says, with a grin. Vintage Sharpton. But as is typical of Sharpton, his wicked humor often masks a hidden truth.

Dinkins, who had been elected New York’s first Black mayor less than three months after Yusuf’s murder, was among those at Sharpton’s bedside for one of the photo ops. Carried to victory by Yusuf’s movement, Dinkins was, by then, a year into his mayoralty with a tenuous hold on power.

The momentary beneficiary of the outrage over Bensonhurst, Dinkins soon became a target for more radical Black activists who chafed at the slow pace of change, and for the city’s restive law-and-order right wing that was itching to get back into power. Rudy Giuliani, the prosecutor-turned-great-white-avenger whom Dinkins had narrowly beaten in 1989, returned to defeat him four years later. Sharpton wasn’t kidding. It was a hellish time in New York.

Meanwhile, Sharpton and Fulani, each in different ways, sometimes as allies and sometimes as competitors — Sharpton was a Democrat and Fulani an independent —  worked to interlace the cause of social justice to a pathway for political empowerment for African Americans.

Sharpton became America’s star witness to the continuing brutalization of Black America, a calling he dramatically fulfilled when he delivered the eulogy at George Floyd’s funeral in Minneapolis in June. Take your knee off our necks, he cried out from the pulpit. The national reckoning over police abuse, relentless racism, and the dehumanization of Black and Brown people echoed through Sharpton’s appeal. If the Hawkins family had not forgotten, neither had Sharpton.

Fulani, too, never forgot. Her four decades of activism and her work with the All Stars Project among Black and Brown youth in America’s poorest cities is testament to that. But as an independent, she was always more circumspect than most traditional Black leaders about the pathway to political power.

Having run for president in 1988 as an independent, the first African American and first woman in U.S. history to access the presidential ballot in all 50 states, Fulani believed that the Black community needed more political leverage than its loyalty to the Democrats allowed. She wanted to free it from the ironclad “law” that says, no matter what, the Black vote would always default to Democrats.

There was a brief moment after the events in Bensonhurst when Rev. Jesse Jackson, Sharpton, and Fulani discussed pursuing the building of a multi-racial Black-led Rainbow Party, but this dissolved once Jackson and Sharpton decided to remain within the electoral boundaries set by Democrats.

At Yusuf’s funeral, Minister Louis Farrakhan delivered a eulogy. He spoke to those crowded into the church, including a panoply of media, elected officials, and other politicians, white and Black, who had been forced to show up by what Sharpton described as “the surge” catalyzed by Yusuf’s death.

“America has the potential of being the greatest nation on earth,” Farrakhan began. “She has that potential. There is no other country on earth that has every nation, every race … and every tongue within its borders. But what is wrong in America is it has the wrong philosophy, ideology, because the country was founded by white people, for white people and the original attitude of the founding fathers was not for Native Americans, it was not for Arabs and Hispanics, it was not for Asians, and it was certainly not for Blacks. This is not to hurt your feelings. This is not to throw stones. This is to say to those in power, while power is in your hands, do justice. Because there’s a day coming when power won’t be in your hands.”

Farrakhan was more than persuasive that day. In New York, we could feel the new political tides churning. Dinkins won the Democratic primary against Koch and then defeated Giuliani in the general election. But that power shift did not hold for long. Maybe it’s fair to say that those uneven and unstable tides crested with the election of Barack Obama 19 years later. But the burning need to tie the cause of social justice to the quest for more democracy, for a more just form of political power remains unfulfilled. At least so far.

Jacqueline Salit is the author of Independents Rising, a contributor to Democracy Unchained, a playwright and the president of IndependentVoting.org.