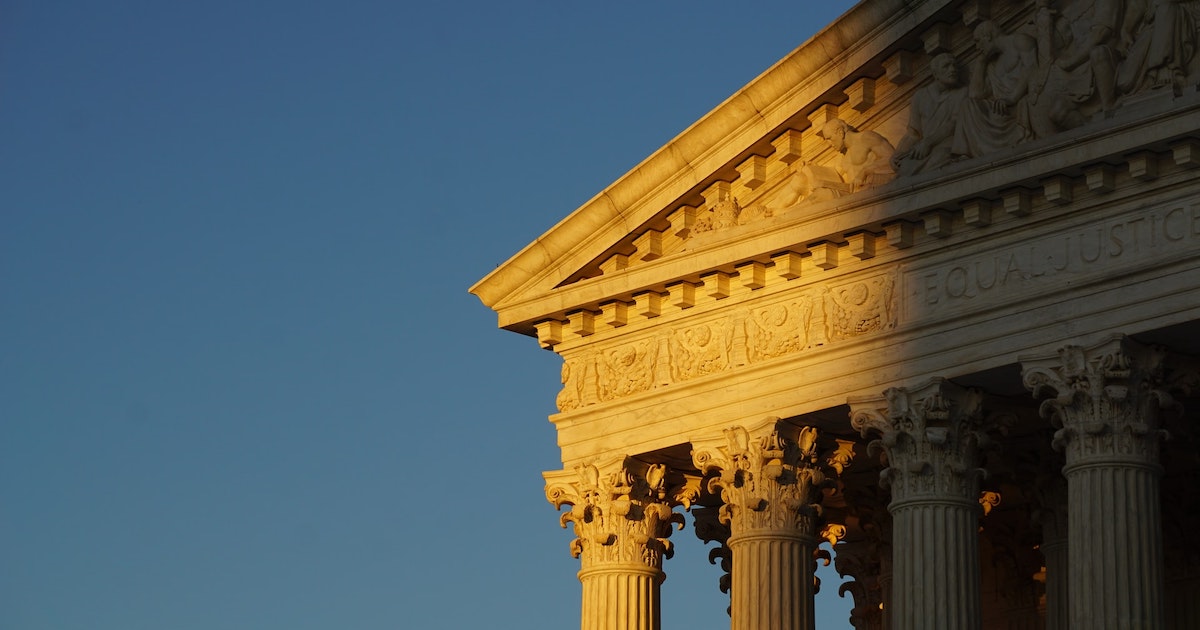 A Court of the Inquisition

On September 1, the United States Supreme Court, in a 5-4 decision, refused to prevent new, draconian Texas abortion legislation from taking effect. The Court’s tentative acceptance of that law, which among other provisions, only allowed a woman to seek an abortion before she likely knew she was pregnant, provoked outrage not only among pro-choice advocates, but also from many legal scholars deeply disturbed by the majority’s seeming abandonment of accepted jurisprudence.

The proper course with a newly enacted state law of dubious constitutionality—and the one almost always chosen—is to issue a stay to prevent the law from being enforced until its questionable provisions had been adjudicated.

The decision also raised a moral issue rarely discussed among Court watchers. As Linda Greenhouse wrote in the New York Times on September 9, after noting that the five justices in the majority were either practicing Catholics or had been raised Catholic, “We have yet to find deft and effective ways to question the role of religion in a public official’s political or judicial agenda without opening ourselves to accusations of being anti-religious.”  While Greenhouse’s point is well-taken, the impact of theological dogma and what has been termed “religious liberty” on contemporary society runs a good deal deeper and threatens to alter the very definition of American democracy.

Catholics were not always dominant on the Court. Quite the reverse. During the Founding Period and well into the 19th century, wholesale distrust of Catholicism pervaded the nation and a number of states passed laws restricting Catholics’ political activities or even their ability to teach school. The first chief justice of the Supreme Court, John Jay, descended from Huguenots — Protestants who had been persecuted in France—was so deeply anti-Catholic that he pressed to include a number of discriminatory amendments in the New York State constitution. While Jay’s amendments were rejected, the view that Catholics had a greater loyalty to Rome than to the United States remained widespread.

The Court did not get its first Catholic, Chief Justice Roger Brooke Taney, until 1836, and its second, Edward Douglass White, until 1894 -- more than a half-century later.  White was joined by Joseph McKenna in 1898, but only three other Catholics served on the Court until the appointment of Antonin Scalia in 1986. Since then, seven — or eight — Catholics have been confirmed, and five—or six—currently serve. (Neil Gorsuch was raised Catholic, and although he currently attends an Episcopalian church, he has declined to be officially identified with either denomination.).

And so, the current Supreme Court boasts more Catholic justices than sat on the high bench for the first two centuries of the nation’s existence.

There is no question that the spate of Catholic appointments in the past thirty-five years coincided with the Court turning a good deal more conservative. (Only Sonia Sotomayor was appointed by a Democratic president.) Some of these nominations were almost certainly spurred by conservative revulsion for Roe v. Wade, the 1973 decision that established the constitutional right to abortion.

With that conservative turn, while abortion remained in the spotlight, the notion of “religious liberty” began to percolate as a Constitutional issue and exploded as a centerpiece of the conservative agenda in the past decade. “Religious liberty” now encompasses such issues as gay marriage, transgender rights, the Affordable Care Act, ignoring emergency Covid public health restrictions, and even whether a baker had the right to refuse to make a wedding cake for a gay couple. To religious liberty proponents, Godlessness has overrun America, and prominent spokesmen such as Ken Starr warn that without drastic action “we’ll watch as the creeping secular age erodes our freedom.”

Religious liberty, like freedom of speech, is rooted in the First Amendment. Although later expanded to “separation of church and state,” the amendment, which declares “Congress shall make no law respecting an establishment of religion, or prohibiting the free exercise thereof,” was primarily aimed at preventing adoption of an official state religion. Significantly, the amendment is restricted to federal action and contains no restriction on state behavior, nor prohibits religious discrimination by private individuals. With the ratification of the 14th Amendment in 1868, however, states and private citizens eventually came under the amendment’s purview.

The question for society and the courts is what limits, if any, can be placed on the “free exercise” clause. That some limits exist is without question. Polygamy is a crime in all 50 states, as are any number of religious rituals that involve violence or sexual enslavement. To Mr. Starr and his fellows, however, any restriction should pretty much end there. To them, the “free exercise” of the baker’s brand of evangelical Christianity leaves him wholly within his Constitutional right to refuse to participate, even as a vendor, in a ritual his religion views as sinful. In 2018, in Masterpiece Cakeshop Ltd. v. Colorado Civil Rights Commission, the Court agreed.

But in any society, regardless of the political system under which it operates, increased liberty for some will inevitably decrease the liberty of others. In authoritarian regimes, a few of the privileged enjoy total liberty while the vast majority enjoys next to none. The United States Constitution was created to prevent such a skewed arrangement and guarantee a more equitable distribution of freedom and prerogative.

Still, what defines “equitable” will be seen differently among different interest groups. When rights conflict, choices need to be made by Congress, the president, and the courts as to which of the competing interests should be granted priority. And so, when religious liberty clashes with civil liberty, as it did with the baker and the gay couple, the question is which group’s rights will be subordinated to the other’s. But for a democratic society to succeed, there can be no prejudice, particularly in the courts, favoring one side or the other based only on a judge’s or justice’s personal beliefs. If that occurs, the rule of law is hollowed out.

In the Texas abortion decision, five members of the nation’s highest court ignored the Constitution to follow their faith. Their ruling reflects not the balance and respect for democratic principles that the judiciary is supposed to provide, but rather a capitulation to theocratic demands. This is wink-and-nod justice, a clear message to anti-abortion state legislators that the Court is likely to approve even the most obvious denial of the civil liberties of women who wish to terminate unwanted pregnancies, a right that had been guaranteed to them by this same Supreme Court in an opinion written by Harry Blackmun, a conservative Republican appointed by Richard Nixon.

With this action, these five justices seem to have appointed themselves as a religious oversight tribunal, the sort of mock judiciary that presided over the Inquisition in Europe and now exists in theocracies such as Iran. To those who think such comparisons are unfair, it should be noted that the Texas law mandates a bounty to be paid to citizens who inform on their neighbors, behavior that was one of the hallmarks of the Inquisition and remains a cornerstone of totalitarian societies or police states.