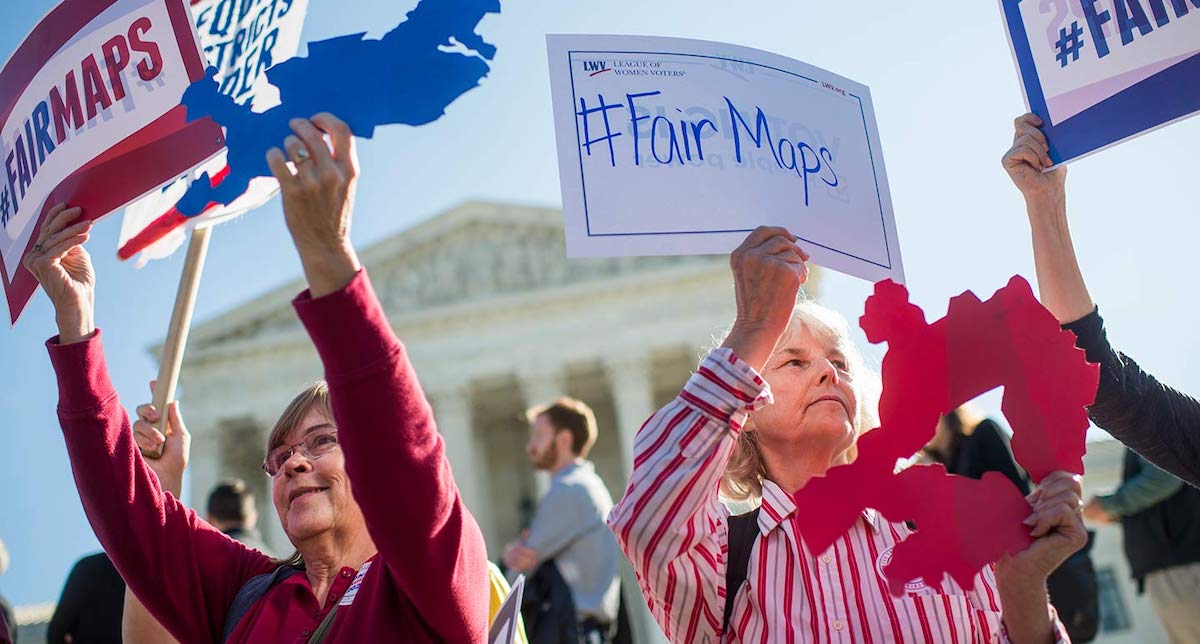 Four states are on the cusp of approving anti-gerrymandering petitions for the November ballot, but challenges still remain.

Putting independent commissions, rather than politicians, in charge of drawing district maps is widely regarded as the most effective way to combat partisan gerrymandering. Next year, following the census, 14 states will use such commissions to draw state legislative districts, and eight will do so for congressional districts.

Getting on the November ballot and leaving it up to the voters is the last chance Arkansas, Nevada, North Dakota and Oregon have to make the switch to an independent redistricting commission before maps are redrawn for the new decade. But the Covid-19 pandemic has made gathering signatures to qualify for the ballot especially difficult.

Here are updates on redistricting reform campaigns in those states.

In early July, the group submitted almost 99,000 signatures for its redistricting reform ballot petition — 10,000 above the state requirement. But a week later Secretary of State John Thurston, a Republican, determined the group's submission was insufficient because there was an error with the state-mandated criminal background checks for petition canvassers.

Thurston said Arkansas Voters First's petition signatures cannot be counted because the group only certified that its canvassers had acquired a background check, not that they had passed one.

Last week, the redistricting reform group asked the state Supreme Court to step in and compel Thurston to count the signatures submitted. The group also asked for at least 30 more days to collect additional signatures.

The group leading the campaign in Oregon was granted a deadline extension and a lower signature threshold for its redistricting reform petition, after pushback from state officials and legal disputes.

Earlier this month, a federal district judge ruled the state must either accept the group's signatures as submitted or lower the threshold to 59,000 signatures and extend the deadline to Aug. 17. After initially opposing both options, Republican Secretary of State Bev Clarno ultimately went with the lower threshold and deadline extension.

Oregon Attorney General Ellen Rosenblum, a Democrat, also opposed the judge's decision and appealed to the 9th Circuit Court, which declined her request to allow People Not Politicians to continue gathering signatures for its petition.

The campaign submitted more than 36,000 signatures in early July for its ballot petition, which would establish an independent redistricting commission as well as other changes to the election process. State review of the signatures is ongoing.

With a just over a week remaining before the deadline, the group needs to finish collecting at least 98,000 signatures for its redistricting reform petition. Last month, a federal judge granted a six-week extension until Aug. 5, but denied its request to gather signatures electronically.