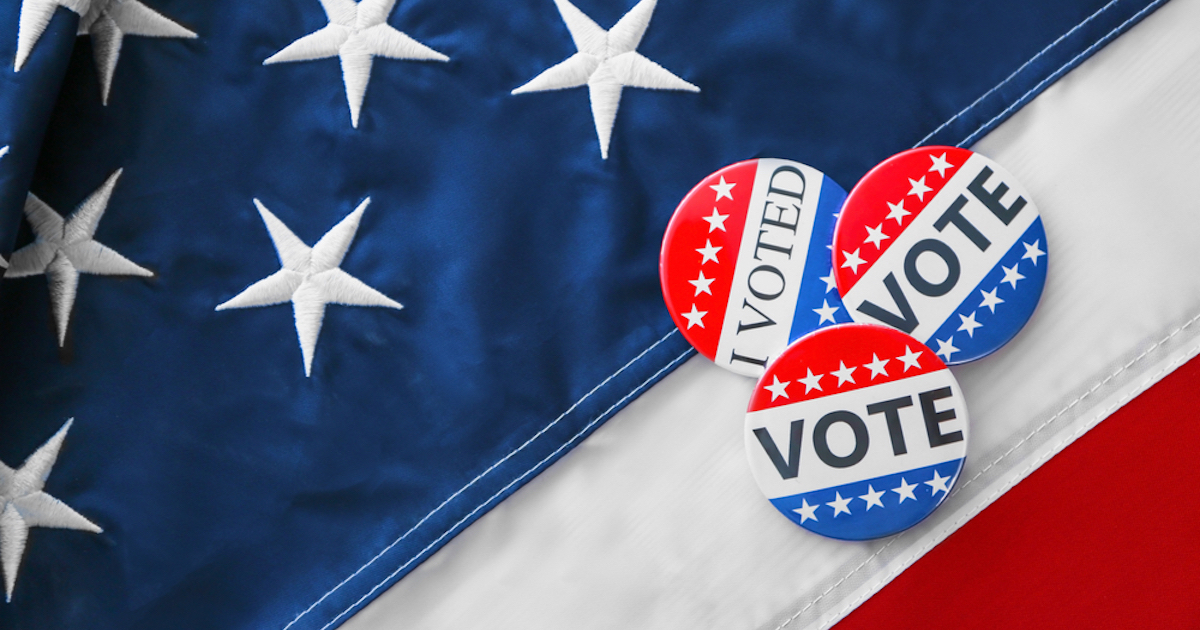 2020 and Beyond: The View from County Road T

For the last several years, I’ve been spending time in rural Wisconsin in a small farmhouse set on 130 heavily-wooded acres on County Road T, Polk County. This is the northwestern Wisconsin of hardscrabble dairy farming, bitter winters and luminous springs.

I’ve come here because my companion — a Minnesota-born outdoorsman of Swedish extraction who lived much of his adult life in Alaska and wears a thin fleece jacket in the cold while I layer up in Canadian Goose — inherited this property from his father in 2014. Now he is restoring the old swayback barn and building a gravel road through the back eighty.

A New York woman, especially a hardcore city girl like me, is a rarity on County Road T. A friend of mine who was mayor of Sioux Falls, South Dakota some years back likes to hum the theme from the old Green Acres television show when he sees me. For those readers who missed this Golden Age of mid-1960’s television, the sitcom plot revolved around an Eastern European socialite who is swept off her feet by a prosperous lawyer who buys a small-town farm and moves her from the penthouse to the pigsty. Humor ensues, usually at her expense.

Even though I don’t live in a penthouse and am much closer to being a socialist than a socialite, Rick’s joke makes me laugh every time.

In real life, the people on County Road T are warm and welcoming to me. When we go up to the farm, Bob hoists the flag up the pole near the side door to let the neighbors know he is there. Invariably, farmers, farmers’ wives, school teachers and principals, along with assorted tradesmen and evangelists, stop by to say hello, dropping off beef cuts or jams or other goodies. We sit on the deck and drink beer.

Arriving at County Road T is a mixed experience for me. I’m happy to be out of the political game, where I spend much time, happy to be at a place that few in the game know about or care about. But this neglect also upsets me. This is “flyover country,” the rural perimeter of the so-called Rust Belt which gained sudden fame in the 2016 presidential election because the "Blue Wall" that made it a sturdy Democratic Party stronghold crumbled.

The Rust Belt, a borderline derogatory term for the stretch of the Midwest around the Great Lakes that thrived mightily in the era of manufacturing and steel-making, is now de-industrialized and economically marginalized.

The iron ore that once catapulted the region to greatness is still so present that the water supply on County Road T smells of iron and must be softened and filtered to be drinkable. But the jobs and commerce it generated in the Iron Range are diminished, even as, on paper, Wisconsin has the lowest unemployment rate in its history.

The farmlands are in crisis, too. America’s Dairyland, as Wisconsin is known, has been deeply hurt, hit hard by changing weather patterns that produce massive flooding, declining milk prices from $26 per hundred pounds to $16, and of course the trade wars which are keeping corn and soybean prices so low as to be unsustainable.

These circumstances hang heavily over the state like a bank of storm clouds heading in uncertain directions.

Given the results of the 2016 presidential election, this “flyover country” is about to become a destination. The migratory return of geese and ducks and loons, and the sudden swaths of Japanese beetles in exodus from the soybean harvest will soon be joined by the arrival of a new migration that will alter the political environment, if not the natural one.

Wisconsin is one of three states — with neighboring Michigan across Lake Michigan to the east, and Pennsylvania, further east touching the shores of Lake Erie — that defied predictions, polls and past patterns and delivered a combined 46 electoral votes to Donald Trump. These three states will be flooded with cable news media, print reporters from the coasts, political hired guns and waves of door knockers (no one on County Road T is on Twitter or Instagram) who will be studying, stirring and persuading voters in the run up to the 2020 presidential election.

Numbers will be crunched. Here are some of them. Trump won Wisconsin by 23,000 votes, Michigan by 11,000 votes, and Pennsylvania by 44,000 votes. If the 46 combined electoral vote prize had gone the other way — as Democrats and pollsters expected — Hillary Clinton would have garnered 278 electoral votes and Trump 260. Two hundred seventy are needed to win the White House.

No surprise, really, that everybody got it wrong. Pennsylvania has voted for a Democrat for president in every cycle since 1992, when Bill Clinton was elected. Same for Michigan. Democrats won the seven presidential elections in Wisconsin from 1988 through 2012.

How to explain the shift? Millions of words have been written on this subject on all sides. From my side, the independent side, it is worth noting that independent voters in these three states were a crucial factor, and in each case, independents swung dramatically from supporting Obama in 2008 to backing Trump in 2016.

In Michigan, Trump won independent voters by 16 points, while in 2008 Obama carried indies.

In Pennsylvania in 2016, independents broke for Trump over Clinton 48% to 41%. Eight years earlier they backed Obama over McCain 58% to 39%.

While the numbers crunching game can go in many directions — the electorate can be sliced and diced in infinite ways — to the extent that numbers don’t lie, winning over the independent voter is obviously central to the outcome in 2020.  We already know that independents broke heavily for Democrats in the 2018 midterms, giving the Democrats control of the House.

TV networks are already calling us at Independent Voting in search of access to them. They are trying to stay ahead of the story as both parties plot their campaigns and high-profile independent contenders consider a run.

But what is the story exactly? Can you tell it through a simple statistical calculation? Or a series of sociological or psychological accountings? Angry and marginalized white men? Clinton fatigue? A non-existent strategy for combatting de-industrialization? Hillary Clinton wasn’t Barack Obama? (Clinton’s margin over Trump in Milwaukee was 28,000 votes smaller than Obama’s in 2012, equivalent to the Democrat’s statewide margin of loss.) A calcified and corrupt system in which Trump sold himself as the disrupter? (Bernie Sanders won an upset victory over Clinton in Michigan’s Democratic caucuses, a sign of things to come.)

These are all credible explanations; I’ve argued for each of them at one time or another. But is it credible to rely on these explanations of past events to chart a course for the next election?

Call me crazy, but I can’t help feeling that there is something else, something more, something other at work.

Take Michigan, for example. Two years after Trump carried the state by the slimmest of margins, a citizens’ initiative to overhaul the state’s partisan redistricting system by mandating a nonpartisan one passed with 61% of the vote. It was spearheaded by a youthful dynamo with a biting sense of humor, Katie Fahey, who is what baseball calls a “natural.” Her campaign was unsanctioned by the official good government hierarchy, some of whom tried to dissuade her from the attempt. Volunteer petitioners gathered 400,000 signatures and cracked the cultural code with the name “Voters Not Politicians.”

Trump voters, Clinton voters, and third-party voters joined together to back Question 2. Ninety-seven percent (97%) of voters who cast ballots for governor also voted on Question 2, a reversal of the usual pattern in which the drop-off from “top of the ticket” to initiative voting is very high.

Is there a message here? Is it that process and democracy issues are animating and inspiring new majority coalitions, breaking down walls along the way?

Historically, Michigan has something of a track record of breaking down walls. In 1988, Jesse Jackson ran his second campaign for the Democratic presidential nomination and won the Michigan caucuses — known as the Firehouse Primary —  decisively. The whole of the political class was thrown into turmoil.

This was a major blow to the “I’m electable against the Devil Incarnate George H.W. Bush” argument made by the Democrat frontrunner, Michael Dukakis. But, almost more than the win, the composition of the Jackson win was astonishing. Not only had he carried the African American wards on the West Side of Detroit by margins of 15- and 20-to-1, he also received powerful support in predominantly white cities like Lansing, Flint, Kalamazoo and Battle Creek.

The Rainbow Coalition was coming into its own, only to be smothered by Dukakis at the Democratic Party convention in Atlanta. Of course, Dukakis lost the election. Lenora Fulani, the brash independent, tried to save the Rainbow with her independent presidential run that year, to no avail. The Democratic Party has a chokehold on the African American community that is yet to be broken.

The point of these reminiscences? That Michigan has a current of go-against-the-grain politics, some might call it populism or anti-establishment progressivism. Did Katie Fahey tap into that wellspring in 2018, making it both visible and viable?

A century ago, Wisconsin was home to Fighting Bob La Follette, the Republican-turned-independent who took on the railroad magnates and, as governor, ushered in an era of political reform, with primary elections as a substitute for smoke-filled room nominations. He ran for president in 1924 as an independent, winning 16.6% of the popular vote, one of the highest votes for a third-party candidate in U.S. history.

When he announced his candidacy in July 1924, he told the country that “to break the combined power of the private monopoly system over the political and economic life of the American people is the one paramount issue.” He had to become an independent to run that campaign. Are we hearing those echoes today?

Twenty-three years ago in 1996, I sat in a massive hall in Valley Forge, Pennsylvania, along with 2,000 others, to cheer for Ross Perot’s acceptance of the Reform Party’s presidential nomination. This was Perot’s second run, in which his candidacy was purposefully tied to the founding of a new cross-ideological political institution—a party that focused its energy on political and fiscal reform, warning of the coming economic downsides of globalization.

Pennsylvania independents turned out in droves to hear Perot excoriate the partisan-powers-that-be. The parties “won’t admit we have a problem and therefore they cannot come up with real solutions” Perot said.

Commenting on his humble roots and living the American Dream to become a success in business, he said “I want to make sure that some other kid who’s a nobody from nowhere has that same opportunity.” He added, “Just remember this, a bell is no bell until you ring it … and a song is no song until you sing it … Love isn’t love until you give it away.”

I’d forgotten that Perot, cranky as he could be, was also a bit of a poet. But I can’t forget what a feisty bunch the Pennsylvania Perotistas were. They were postmodern revolutionaries, for sure.

By the time you read this column, I’ll be on my way to County Road T. Last week, the farmers down the road brought over their tractor and heavy chains and tore down a collapsing garage that had refused to give way. Now we have an unobstructed view of a sloping meadow and a brimming pond that laps at a dense tree line. We can see deer and their yearlings grazing the new grass in the meadow as the loons loudly announce their return home.

Maybe there’s a political lesson there, for all of us. Sometimes you have to tear down the old structures to see a new vista. Maybe that’s the story of Wisconsin, Michigan and Pennsylvania.