The Commission on Presidential Debates (CPD) claims that it uses “nonpartisan criteria” to select participants for the presidential debates. However, publicly available information shows that one of the polls used to determine participants, the NBC-Wall Street Journal poll, is run by Democratic and Republican pollsters.

The NBC-Wall Street Journal poll is not actually run by those news organizations. It is run by Hart Research Associates and Public Opinion Strategies. Both are partisan organizations on opposite ends of the establishment aisle.

According to the records from the Center for Responsive Politics, the founder of Hart Research Associates, Peter Hart, has donated $24,829 to Democratic Party organizations and Democratic politicians. The current president of Hart Research Associates, Geoffrey Garin, worked as co-chief strategist for Hillary Clinton’s 2008 run and for Priorities USA Action, a Super PAC that supported Obama’s re-election.

Mr. Garin is squarely on the side of Hillary Clinton. His Twitter shows him using the hashtag #ImWithHer and calling the Green Party candidacy of Dr. Jill Stein “a danger to our democracy.” 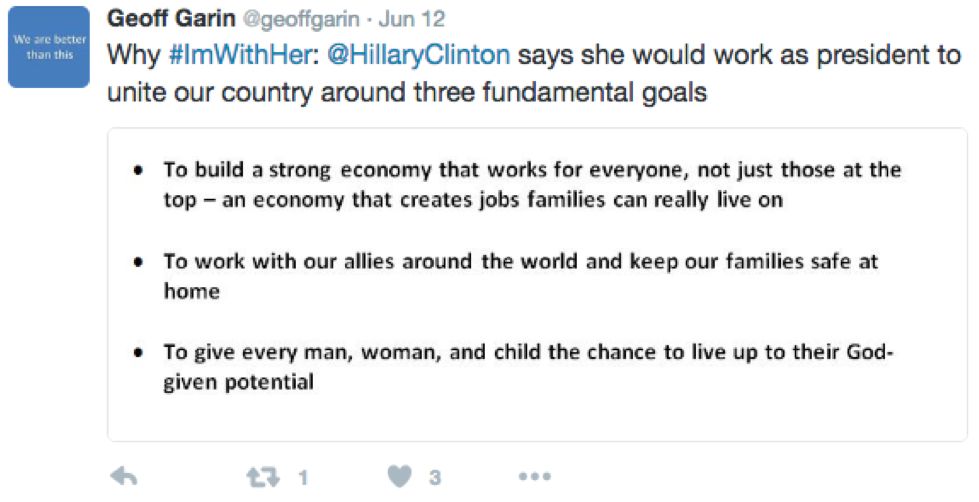 On the other side of the aisle, Public Opinion Strategies repeatedly describes itself on its website as “the leading Republican polling company.” Its co-founders, Glen Bolger, William McInturff, and Neil Newhouse have donated tens of thousands of dollars to Republican politicians and organizations.

While not readily available to the public, a document provided by NBC specifically lists William McInturff and Fred Yang of Hart as the researchers.

There is cause for concern. McInturff notes on his company profile that he is “not simply monitoring public opinion, but developing messages to defend and promote client interests on complex policy issues.” He has donated over $40,000 to Republican candidates and organizations. 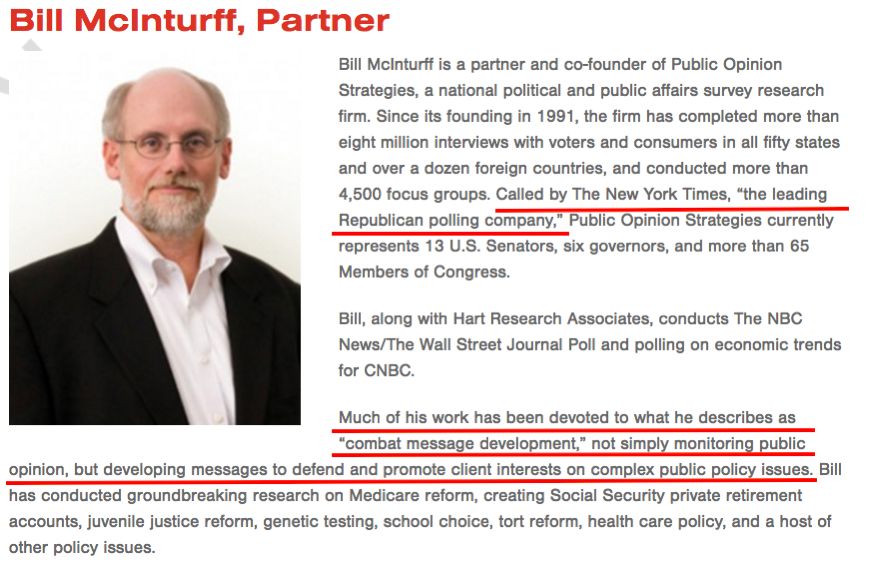 Yang has donated $750 to Democrats. Though this figure may seem low, Yang is extremely valuable to the Democratic Party. He was named in Roll Call as one of 10 Democratic consultants who make a difference.

It is far from clear that individuals who are so invested in, and valued by, the two establishment parties can provide a truly objective perspective on a race that includes two other national parties.

In fact, independent voters are themselves shortchanged by the NBC-Wall Street poll: While the respected Gallup, which is not involved in the polls for this year’s debates, reports around 42% independents, the latest NBC-Wall Street Journal poll conducted by the hyper-partisan Hart Research Associates and Public Opinion Strategies only has around 33% independents.

Nonpartisan voters are systematically under-sampled. And, importantly, the documentation provided by NBC shows that Hart Research and Public Opinion Strategies made no effort to use statistical means to correct for the under-representation of independents.

The CPD must admit that the poll in question is inherently stacked against candidates and voters who refuse to fall in line with the Democratic and Republican parties. In a year of historic animus against these two establishment parties, the poll fails to represent the diversity of the American electorate.

Rodolfo is an elections researcher who has decided to become a candidate. He is running for Congress is California's 40th Congressional District.