You're Viewing the Archives
Return to IVN's Frontpage

Gold is now sitting on a 5-year low after China dumped 5 tonnes of gold into the Shanghai markets on Monday during the first minutes of trading, with a slow, but steady sell-off continuing through the week.

IVN has reported on China's financial crisis since February, and this was not a wholly unexpected move to liquidity. 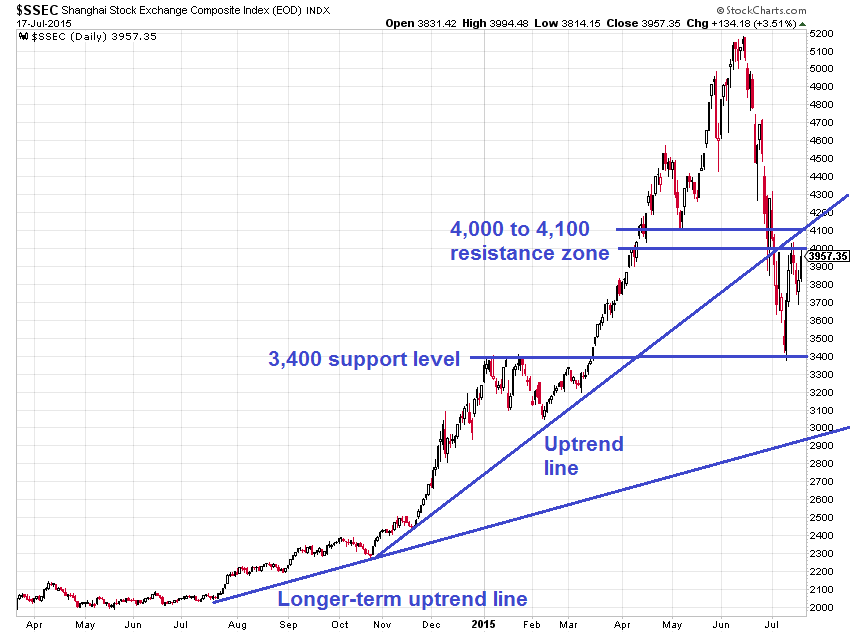 China's bond markets have been in perilous condition, as a loose credit policy has created the largest corporate debt burden in less than a decade. Although 91 percent of corporate bonds are state-backed companies, Beijing has allowed several to default in the past six months.

China's stock market is in even worse shape, as analysts continue to warn of a double-dip in June's massive drop.

The Chinese government and state-owned businesses injected massive amounts of currency into the stock market after its $3 trillion plunge in value in June. While the markets seem to be out of free fall, there are still 1,100 companies with halted trading.

Many analysts see 3,400 as the support level, but some are predicting a retreat as great as the 2,800 longer-term trend level. Either way, this signals a massive double-dip, and no one has a full model for what happens once trading resumes for all of the companies in the markets.

China has been trimming its holding of U.S. government bonds for 5 months straight in its efforts to remain liquid. When the U.S. Treasury releases its next Major Foreign Holders report in mid-August, China will no longer be the largest holder of U.S. Treasury securities if the trend continues.

The Chinese government has started down the path of bailing out the bond and stock markets, and at this point they are married to the concept unless they want to risk widespread market collapses.

The primary threat to American markets is in interest rates and politics.

If the sell-off continues, financing the U.S. debt will become more expensive. If a massive double-dip occurs, Chinese investors will have to retreat from foreign markets to regain liquidity, and could cause instability throughout the world's capital markets.

But the real threat is political. We must change our views of the Chinese market, in particular the view that China's rapid growth and economic policies are somehow desirable in the United States.

At his first major political rally on July 21, presidential hopeful Donald Trump lamented the fact that America's economy is "stagnate" while China's economy is still growing at 7%.

Trump is not alone in this assessment that the Chinese market has a significant edge on America's because they have fewer regulations and less government intervention.

This is part of the reality disconnect in American politics -- that a foreign nation's economy can be in the middle of the greatest bubble in history and yet they are still seen as an ideal market for our own economy.

Lack of regulation and transparency, along with a completely unchecked banking system have caused the greatest economic crisis in human history, and yet we have politicians trying to sell the same policies to the American public as desirable?

We will probably overcome any economic instability that China creates in our own markets. What we couldn't overcome, is following China's lead down an irresponsible economic growth binge that had no realistic end result other than a massive bubble.

We need our own politicians to shed the belief that a boom-to-bust economy is desirable -- that what America needs is a pattern of sustainable growth, growth without a bubble as the end result.