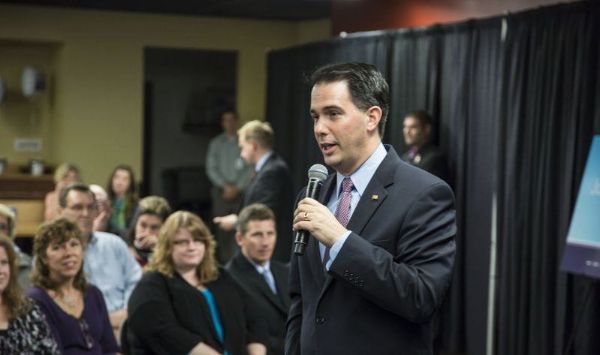 On Friday, Wisconsin Governor Scott Walker joined fourteen other Republican governors from across the country refusing to set up a state-run health care exchange. The federal government will instead be in charge of setting up an online insurance marketplace as part of the Obama Administration’s Affordable Care Act.

This aspect of the ACA, known popularly as “Obamacare,” provides a platform for consumers to compare insurance plans, navigate the insurance market, and determine if they will be eligible for any government assistance in purchasing an insurance plan. Any state unwilling or unable to be able to set up their own exchange automates a federal government move to step in to provide the service.

Originally, governors were given until Friday, November 16, 2012 to decide and unveil their plans for the exchange. Many Republican governors waited for the results of the election before making a decision, hoping that Mitt Romney would repeal the ACA if elected. With Obama’s reelection, however, many Republican governors felt they did not have adequate time to evaluate their options and the Republican Governors Association wrote the administration asking for an extension.

On Thursday, the day before the deadline, Kathleen Sebelius, the Secretary of Health and Human Services, announced that the administration was extending the deadline until December 14th.

Walker, however, did not take advantage of the extension. In a letter to Sebelius on Friday, Walker argued that he deferred to the federal government since Wisconsin taxpayers could face undisclosed costs by running the exchange at the state level. In addition, he claimed that the federal mandate still offered too many regulations so that, at a basic level, it would be a state-run program in name only.

Walker, a long-time tea party favorite, pleased his right wing base of support, as well as Republican state lawmakers, who urged Walker to stand firm against setting up a state run exchange. However, Democrats universally expressed their disappointment with the decision, including newly-elected Wisconsin Senator, Tammy Baldwin.

Among conservatives, Walker has become increasingly popular. This weekend he spoke at the Reagan Library in California, where he spoke about his upcoming agenda including major tax cuts and education reform, measures that are likely to pass in the state’s upcoming budget negotiations since Republicans enjoy majorities in both legislative houses in Wisconsin.

Walker faces a reelection bid in 2014, a contest which he is largely expected to win based on the strength of surviving his recall campaign and the inability of the state's Democratic party to float the names of any other viable candidates to date. Additionally, some believe that Walker might have his eye on the 2016 presidential election. For Walker, standing firm against the Republican-opposed ACA is critical to this ambition and indicates, despite talks of political reconciliation after the election, particular interests will trump bipartisanship with no issue perhaps more poignant than health care.

Debbie Sharnak is a PhD candidate in history at the University of Wisconsin-Madison with a focus on Latin America and international relations. Her work examines the origins and evolution of human rights. She was a 2014 Fulbright Scholar in Uruguay.