Education and The Economy: Going Bust in Las Vegas 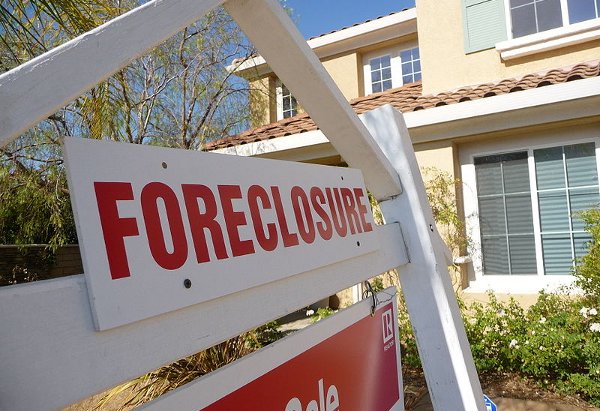 Nevada ranks at the bottom for education and quality of life, and high for foreclosures and unemployment. It needs a renewed focus on education and libraries to turn things around because a well-educated public is the best jobs creator there is.

Before moving to Nevada, I would watch reports on the news about such-and-such state being worst in the nation for something important like education, health care, or  jobs and think, "I wouldn't want to live there."

Cut to 2012 and I live in the "Battle Born" state with my husband and toddler, making a life in the suburbs in a state, which according to a new report by KidsCount, ranks 48th in the nation for the over-all well-being of children. It only gets worse when you break that down. According to that same annual study, Nevada is 50th in education, dead last. Setting aside the mini-parent-heart-attack I feel when doing the math on how much time Nevada has to turn its education system around before my own child enters school, there are other ominous headlines too.

Nevada has made headlines for being in the top five states with the worst suicide rate for years. It ranked first in domestic violence homicides for four of the past five years. Just today news broke that Nevada is at the top of a list of the 10 states with the worst credit conditions. It's no wonder, really. We have been No. 1 in foreclosures for the past five years and beat the national jobless rate by four points at a July 2012 rate of 12 percent (12.9 percent in Clark County, where Las Vegas is).

The only thing you can do is laugh, or you'll cry. It's so bad, even presidential candidates want to avoid talking about these hot issues when they come campaigning in my swing-state.

You want to talk desperate times? Come see me in Las Vegas.

Every single house on my block was foreclosed a couple of years ago -- within months of each other. I don't need to read bad headlines and watch CNN to see the frontlines of this bad economy. It's right here, in my backyard, front yard, side yard, and down every street.

So, with all that bad news, why focus so narrowly on this education ranking? Well, for one thing, Nevada's going to have a much harder time bouncing back if it can't lure better job-providing companies. Plus, people with jobs often have kids. But more importantly, as someone who does make a home with my family in such a battle-worn place, I don't want to see everything keep crumbling around me. I don't want Las Vegas to become the next Detroit or Compton.  Many people have given up and fled. My husband and I can't afford to because we are one of those 71 percent of all Las Vegas homeowners who are underwater on our mortgage. Besides, this is my home.

But you know what turns things around? Jobs, yes. But the long-term solution has to include a solid investment in education and access to books (aka literacy).

Nevada, with its 56 percent graduation rate (a 15 percent decline between booming-2002 and bust-2009), is one of the 10 worst states at handing out high school diplomas. It is also at or near the bottom of states whose residents get college degrees. This low-priority setting on education may have been fine during the booming 1990s and early 2000s, when the population increased in some parts of the state by more than 100 percent (you read that right) and zoning boards were handing out building permits for new houses and new businesses like they were party favors.

It may have also worked in a state whose top two industries are gaming (that's what we call gambling/casinos) and mining. When I moved here in 1999, I worked in an office next to a woman whose husband made almost six figures as a valet manager on The Strip. Those days are gone. It's time to wise up, and in more ways than one.

The only way Nevada gets out from the bottom of the heap is by a total makeover. We have to challenge everything we ever thought worked because the time and climate when those ideas worked is long gone. That was then, this is now. It has to start with putting a premium on education.

There is a proven correlation between high school drop-out rates and poverty. According to a recent DOE report (PDF), over a lifetime a drop-out will earn $630,000 less than a high school graduate. This doesn't even factor in the quality of jobs available to a drop-out, access to health care and health insurance, and many other factors.

What can America learn from one of the so-called worst states in the union? Perhaps more than you realize. In fact, in many cases, Nevada is just taking the bullet for other state is similar circumstances. Diversify your economy. Pay attention to gender and race inequities. And vote for education and libraries every single chance you get.

Emmily is an award-winning journalist, having received the Nevada Press Association’s Outstanding Journalist of the Year award in 2005, as well as recognition for news and feature stories. She has been praised for her work as a community organizer and was nominated for a Margaret Sanger award in 2012. A survivor of sexual abuse, Emmily has worked to be a voice for other survivors through her blogs, The Sin City Siren and The Tired Feminist, as well as through lobbying and activist work. She is a fierce advocate for women’s rights, including serving as the lead plaintiff in a lawsuit against a personhood initiative in Nevada in 2009/10. Her activism began when she was a student at the University of Oregon, where she graduated with a degree in English and minors in journalism and women’s studies. Her blog The Sin City Siren was nationally syndicated in 2011, which is the same year she joined the feminist blogging consortium Fem2pt0, based in Washington, DC. Emmily lives in Las Vegas with her husband and daughter. She tweets from @TheSinCitySiren.