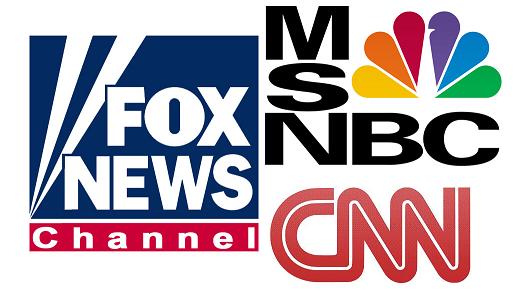 It is worth noting that this survey was conducted between June 7 and June 10, and thus captured a snapshot of the nation's attitude toward this particular industry just two weeks before a number of “news” outlets, such as CNN and Fox, made national embarrassments of themselves by falsely reporting that the Supreme Court had struck down the Affordable Care Act because their staff had not read beyond the opening pages of the court's decision.

Discontent with the state of television news was on full display outside CNN offices in cities around the country this past week, when supporters of Libertarian Party presidential candidate Gary Johnson took to the streets to protest the media blackout of the former New Mexico governor's candidacy, as Craig D. Schlesinger reported here at IVN yesterday. Chris Hill, a Johnson campaign advisor, told Schlesinger that it is a matter of integrity:

“If the media has no integrity and won’t allow Americans to even get to know their third choice, then we’re all being robbed. It’s not that we need the media to do something for Gov. Johnson, we just need them to do their job and show a little journalistic integrity instead of being completely biased. It is completely unacceptable,” said Hill.

The newspaper industry did not fare much better in Gallup's poll. Just 25% of those surveyed stated that they have “a great deal” or “quite a lot” of confidence in newspapers. That is down from a high of 51% in 1979.

The drop in confidence appears to be directly tied to the changing views of moderates and liberals. For some time, conservatives and Republicans have been among the most skeptical consumers of television and print journalism, led, ironically, by the likes of media personalities such as Rush Limbaugh. But that is no longer the case. Confidence in television news has dropped ten points among moderates and liberals over the course of the last year. Liberals now have the least confidence in television news, with 19% stating that they have a “great deal” or “quite a lot” of confidence in the industry. They are followed closely by moderates, just 20% of whom say the same. Among conservatives, 22% say they trust television news.

Given media bias in favor of viewpoints forwarded by representatives of the Republican and Democratic parties, it is no surprise that Independents are among the most skeptical consumers of news media. Just 17% of Independents said they have quite a lot or a great deal of confidence in television news, rivaling the dim views of Republicans, 17% of whom said the same. Democrats are most confident in television news, with 34% stating they have a great deal of confidence in the 20th century media form.

Independents are also most likely to distrust newspapers as well. Just 20% of Independents said they have a great deal of confidence in newspapers, compared with 22% of Republicans and 37% of Democrats.

Damon is an independent blogger, covering the opposition to the entrenched, two-party system at Poli-Tea as well as Third Party and Independent Daily.