Presidential Election and the International War on Drugs 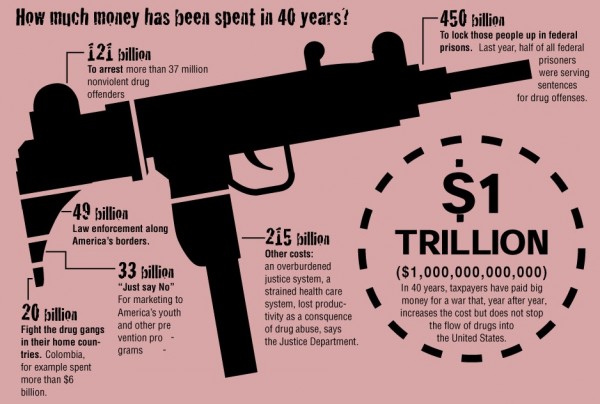 The federal War on Drugs is controversial and was most recently called a failure by Governor Chris Christie. The United States spends billions of dollars fighting drug trafficking abroad, as well. There is a long history of U.S. involvement south of its border, namely in Columbia, Mexico and Honduras. With growing support for drug legalization, it is important to recognize both presidential candidates’ view of the Drug War.

Foreign operations combating drug trafficking is not new. United States foreign policy has not always been globally popular, but would a withdrawal from the Drug War, even through legalization, affect perception? The outlook does not look good for anti-drug war supporters. President Obama has shifted the focus from counter-narcotics operations to institutional reform through budgeting. However, legalization is out of the question for the Obama administration.

As of now, we've heard very little from the Romney campaign about foreign drug policy but we might be able to predict possible policy. In regards to Latin America, he states military cooperation to eliminate drug cartels as a policy goal. We will not see a change in the international war on drugs with Romney as president. Perhaps there will be a slight escalation in the militarization of the international drug war. Romney has assembled his foreign policy advisers and most have worked under the Bush Administration.

The Bush Administration spent $6 billion to fight drug trafficking in Colombia. The policy was appropriately named Plan Colombia, and it promoted a militaristic approach comparable to counter-insurgency.

The United States is involved in Honduras to fight drug operations and launched Operation Anvil in April of this year. U.S. law enforcement and Honduran agents cooperated with each other. The U.S. military is also in a supporting role. Controversy was stirred when a raid killed four on a river-boat, two of them were pregnant women, as reported by CNN. This did not harm relations between the U.S. and Honduras. Critics question the legitimacy of casualties in a peacetime setting, especially when civilians can be mistaken casualties.

The newly elected President of Mexico, Enrique Pena Nieto has stated that he opposes legalization. He does call for increased U.S. cooperation with a focus to reduce violence.

"I'm against legalization, but with a debate where countries in the hemisphere -- and especially the U.S. -- should participate in this broad debate to redefine the way in which we fight drug trafficking," Nieto said in his interview on PBS's NewsHour.

Pena Nieto places emphasis on U.S. participation. This means there will be increased responsibility invested in the elected U.S. president for what happens in Mexico.

In recent news, the Fast and Furious scandal is another botch in the War on Drugs. The U.S. hoped to track Mexican drug cartels through a gunrunning sting operation. However, a U.S. agent, Brian Terry, was killed by cartel using weapons supplied through Fast and Furious.

The main difference between our main presidential candidates in terms of the foreign drug war is where the funding will be going. Obama shows a prioritization in fighting the drug war from an institutional perspective. Romney seeks to maintain a militarized focus, similar to the Bush Administration.

UC San Diego, Class of 2012, B.A. in Political Science. Education Journalist occasionally diving into energy policy, with the aspiration of becoming the coolest high school teacher or college professor your kids ever had.