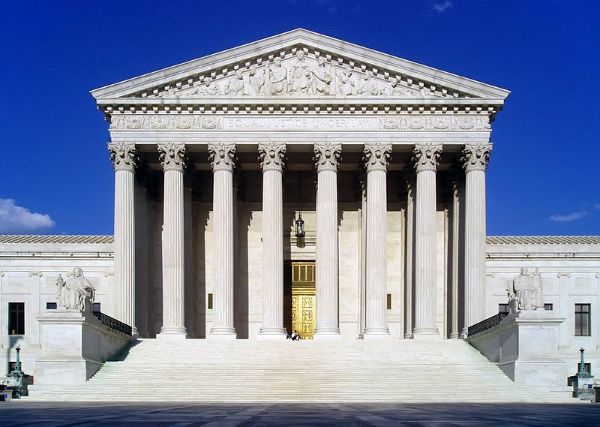 Many conservative politicians – but far fewer conservative constitutional scholars – are endorsing the views of the dissenters in the recent Supreme Court decision on the Affordable Care Act. Much as they may dislike the statute, they should think twice about what kind of judges they want on the bench.

In order to get to their conclusion – that the entire Affordable Care Act is unconstitutional – they had to go through seven steps. Each step required sidestepping a mountain of legal precedent. The dissenters were willing to make new legal doctrine on one point after another to get to their desired outcome. Is that really the kind of behavior conservatives want to see?

It’s worth spending a few minutes to understand the reasoning of the dissenters. Their first step was to conclude that the individual mandate goes beyond Congress’s power to regulate interstate commerce. The Supreme Court has defined the commerce power very broadly, and it has not struck down an economic regulation on this basis in seventy-five years. The large majority of legal scholars, including some notable conservatives, thought the government should win this issue. To get to a contrary result, the Supreme Court essentially had to say that all those cases were irrelevant because of the unique nature of the individual mandate.

The second step is to hold that the mandate is not justified as a tax. The tax power is very broad – for example, Congress can tax cigarettes, alcohol, telephone usage, and ownership of property at death. The only consequence of violating the “mandate” is a payment to the IRS, which is roughly at the level of an insurance premium. Thus, the tax argument is legally very strong. To avoid it, the dissenters had to say that this particular payment to the IRS wasn’t set up as a tax so Congress could not take advantage of the tax power.

The third step was to avoid the clause giving Congress power to make laws that are “necessary and proper” for carrying out its powers. The Affordable Care Act contains other provisions, like the requirement for insurance companies to cover preexisting conditions, which are related to the mandate. That seems to satisfy the Necessary and Proper Clause as the Supreme Court has understood it for two hundred years. Dodging that conclusion again requires an explanation as to why this particular statutory provision is uniquely different from all previous laws.

Then there’s the requirement that states participate in the expanded Medicaid program or not at all. If they don’t participate, they lose federal funding, which they don’t have any constitutional right to receive. So you might think that the feds could decide whether to fund only an expanded program, the older program, or no program at all. The precedents appeared to support this common sense view. So step four again required the dissenters to distinguish the Medicaid expansion from all previous funding conditions.

The steps so far result in invalidating two provisions – the individual mandate and the Medicaid expansion. But those are only two parts of a very long statute. Two more steps – numbers six and seven if you’ve been keeping count – are needed to knock down the whole law. Step six was to argue that those two provisions are tied to other central provisions of the statute, which have to fall along with them. Step seven was to argue that everything else in the law falls as well because Congress wouldn’t have voted for them independently. I don’t know of any case where the Supreme Court has struck down a whole, complex statute just because one or two provisions were unconstitutional.

The dissenters were willing to take all these steps. Each step is somewhat bold, and together they represent a great display of open-field running, dodging, and twisting past one legal rule after another. Chief Justice Roberts was willing to go along with numbers one, three, and five – which were pretty strongly conservative positions -- but not with four, six, and seven. That was enough to save the statute.

I’m sure the dissenters firmly believed in the righteousness of their views. But I can’t think of a case where finding a law unconstitutional required making so many leaps on so many constitutional issues all at the same time.

In that sense, the dissent is an unparalleled example of judicial activism. It is to Chief Justice Roberts’ credit that he decided a little judicial restraint was in order.

Daniel Farber has contributed to the history of law, and constitutional and environmental law in the United States. He has written and lectured in the areas of law, legislation, and jurisprudence. Farber is the first Henry J. Fletcher Professor of Law, and holds an appointment as Sho Sato Professor of Law at the University of California at Berkeley.