As usual, California budget deficit much higher than expected 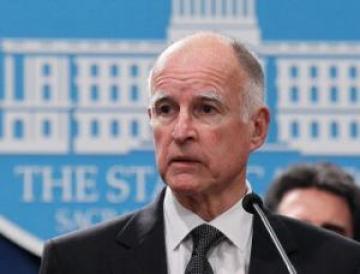 Who could have ever predicted that the projected California budget deficit for 2012-2013 would be much higher than previously assumed? Sadly, this is just the same old tired scenario.

In a desperate attempt to balance the budget, Sacramento makes hugely optimistic revenue predictions, only to have the ice water of reality thrown on it a few months later. Lawmakers then become gobsmacked when they realize they yet again need to pull more money out of the ether to make up for a gaping shortfall that no one in their right minds could have ever possibly predicted.  Then, the whole tedious process starts over again. I call it the Pixie Dust Revenue Fairy Method of balancing the budget, which returns every year on schedule without fail. If you just close your eyes and wish hard enough, then the budget will be transported to Never Never Land whereupon the revenue fairy will sprinkle it with pixie dust making it all better again.

Tragically though, the revenue fairy has joined Occupy Wall Street, leaving the California budget in its usual dismal, reality-denying situation. Governor Brown had projected a $3.1 billion deficit. A legislative memo leaked to the Sacramento Bee now has it at $5-8 billion. I feel comfortable in assuming, based on past legislative estimates, that the final deficit will be much higher – because it always is.  Based on a minor upturn in revenue several months back (which was not sustained), the governor then extrapolated that this would carry through, thus creating $4 billion more in pixie dust revenue.

But the revenue (surprise!) didn’t materialize, leaving the state open for serious and mandated budget cuts next month. These would be triggered by a $1 billion shortfall in revenue, and would be deep and painful. Some of the eternal optimists in Sacramento sunnily expect the revenue will come galloping in the door real soon now, and maybe it will. But past years have shown that the opposite usually happens. I am not reassured when their cheeriness includes the following, “Assembly aides believe that the economy has stabilized since late summer, pointing to an exceptionally strong stock market in October and an improvement in gross domestic product estimates.” I’m sorry, but on what Planet California are they residing?  Except for Silicon Valley, the California economy has not appreciably improved or stabilized. Further, while a rising stock market may benefit Wall Street and the 1%, it does little to help Main Street and the economy at large. Stock offerings and IPOs only enrich a tiny few.

What California needs is solid, realistic assessments of the budget and most of all, jobs. The months-long ritual of the budget train wreck takes valuable time away from the legislature working on lowering unemployment and spurring the economy.

Raised in North County San Diego, Kym earned a B.A. in Political Science and Journalism from Temple University. Kym is an active blogger, recipient of two Collegiate Keystone Press Awards, and her 2008 election coverage for The Temple News was featured on CBSNews.com. Also under her belt is a stint at the United States District Court in Pennsylvania and volunteer work for United Action for Children in Cameroon. Her interests lie in multimedia production, technology and foreign policy. She is an avid traveler and proficient in French. Politically she leans left and is a recovering Democrat, now happily a No Party Preference voter.