The Extra Point
Up Next
...
What Do You Think: San Diego Voters React to Campaign Ads
Read More 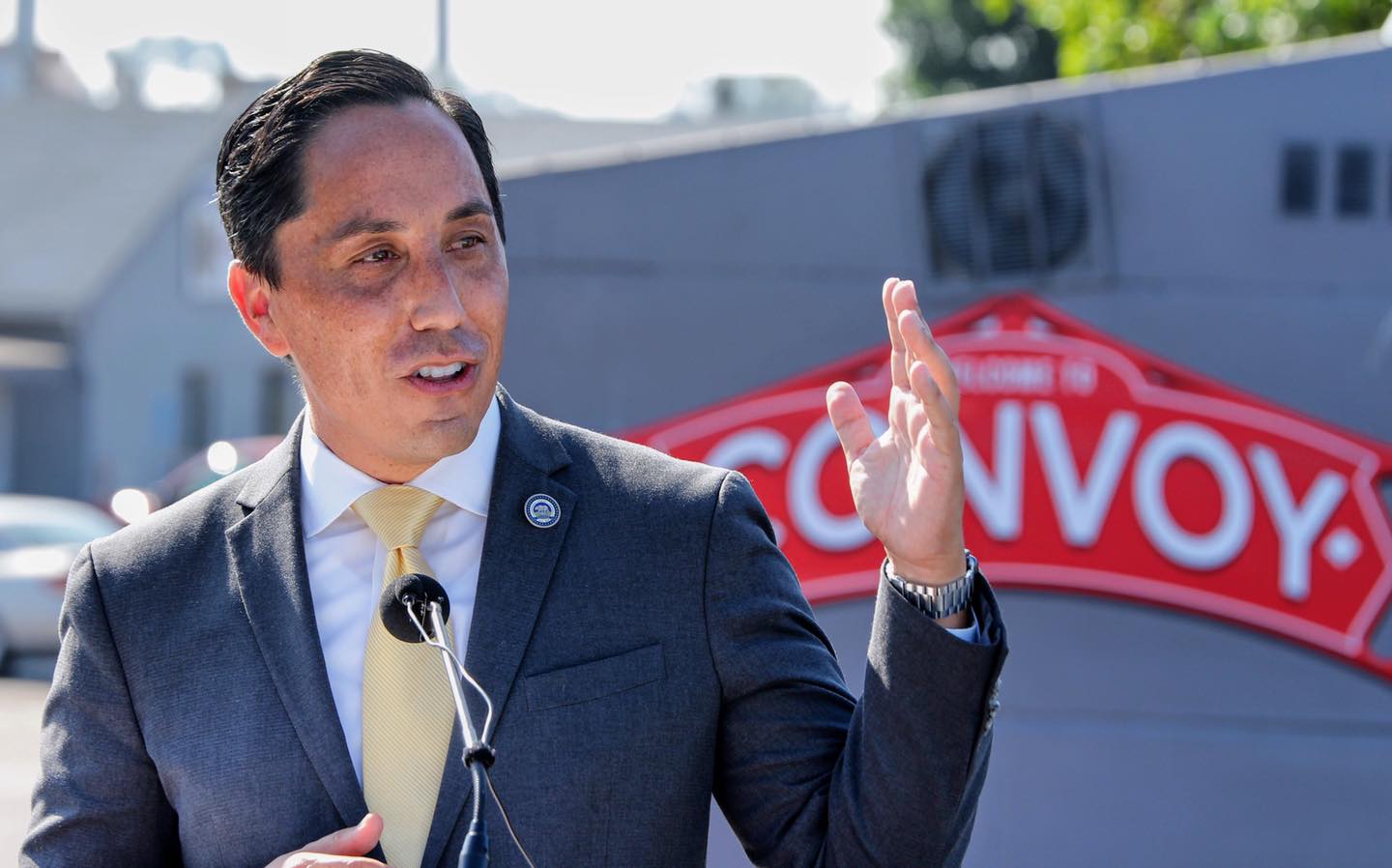 What to Expect from San Diego’s Todd Gloria In Excelsis 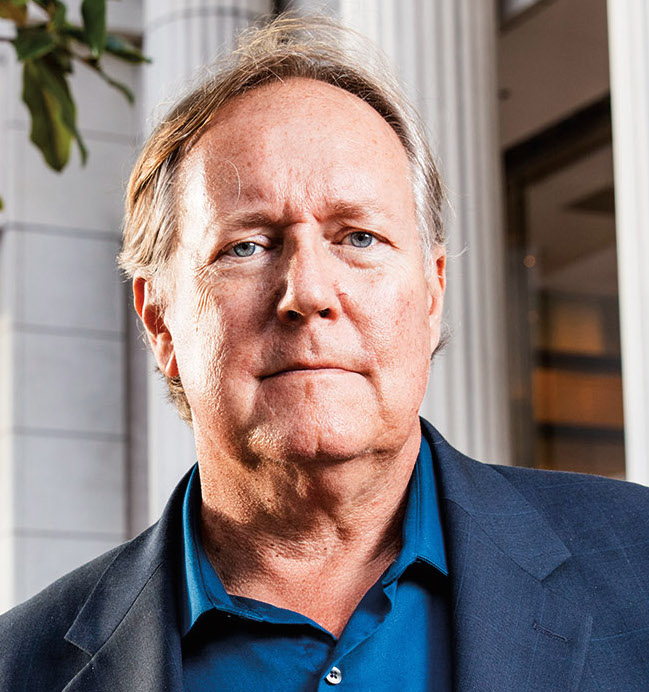 And then there was Todd Gloria. San Diego’s first gay man, first person of color, first hip (surely you have heard him called “the Todster”) mayor. In other words, a person who couldn’t have been elected to even the City Council a generation ago, let alone mayor of San Diego.

It’s hard to grasp just how much San Diego’s politics have changed in the past 20 years – from a time when Republicans dominated every level of elected offices across the region and Democrats couldn’t even field a candidate for mayor to the blue wave that washed over the city leaving it a brilliant shade of Pacific Blue today. No-one’s political victory represents this shift more than Gloria’s. Some doubted that he could pull it off.

Gloria’s past wins for City Council and state Assembly came somewhat inevitably as he was sucked into the vacuum left by state Senate President pro Tempore Toni Atkins own meteoric rise. His decision to forgo the mayoral special election in 2013 and go to Sacramento in 2016 seemed to place him on the usual path for San Diego politicians with higher political aspirations: Shake the dust of this provincial town off their boots as soon as possible and go on to bigger stages.

But in running for mayor in 2020, Gloria finally severed himself from the Atkins’s path and returned home to establish his own political destiny. Some might wonder why he’d want to leave the bright lights of the Sacramento stage to return to the local dinner theater of San Diego politics. Why not Congress? Why not statewide office? Skeptics of his run could point to his potentially having political glass jaw having run in largely easy elections to date. With centrist Barbara Bry as his opponent, pundits observed, Gloria faced a challenger who could unite moderate Democrats and Republicans and defeat him.

And then Gloria won in a walk — a 12-point margin. Gloria enters the mayorship with a strong electoral mandate and the highest level of bipartisan support — ranging from unions and progressives to the San Diego Union Tribune’s editorial board and the San Diego Regional Chamber of Commerce — any San Diego mayoral candidate has achieved.  As such, Gloria could become an even greater rarity in San Diego: A potentially successful two-term mayor able to forge bipartisan coalitions to address the core issues – affordable housing, middle class job-creation, high tech infrastructure improvement, a sustainable and effective transportation system homelessness, the border and San Diego’s growing north/south divide – that have kept America’s Finest City from becoming the true 21st century, forward-looking big city it actually should and deserves to be.

"The San Diego Mayor’s Office has usually been the graveyard of political careers."

Of the lot, Jerry Sanders was by far the most successful modern mayor – and post-mayor-- since Pete Wilson. Sanders’s tenure, though, was hobbled by both the financial crisis he inherited and the Great Recession, which made just keeping the lights on at City Hall a tremendous achievement but drove any thoughts of big ideas out of our public discourse. Faulconer’s tenure in office has in many ways been more of a caretaker role in the aftermath of the Filner debacle – trying to manage our community problems one by one and swinging at but failing to connect on big but downtown-centric projects like the convention center expansion and Charger stadium.

To be fair to Gloria's predecessors, San Diego has always been a difficult city to manage.  While San Diego may be America’s eighth largest city, it’s always been managed more like America’s largest small town – Iowa City on the Pacific – than the true cosmopolitan and diverse and inclusive 21st century city of the Pacific Rim it should be. San Diegans and their politicians have maintained the parochial tendency to think and focus on local neighborhood issues with all the NIMBYism that entails without building community-wide consensus to tackle the huge issues such as sustainable transportation and affordable housing first and foremost.

Murphy’s “City of Villages” approach was – and remains-- precisely the problem.  San Diego has always suffered the Gertrude Stein problem of there being “no there there.” San Diegans north of Miramar Road have little interaction with San Diego south of Interstate 8 and vice versa. Meanwhile, after decades of being a ghost town, downtown has become the myopic focus of “big” civic ideas – convention center expansion, (failed) Charger stadiums, iconic libraries, tourist-driven hotels and upper middle class gentrification (think of all those $40/plate Gaslamp eateries) which the large majority of San Diegans will rarely if ever share in. And in this neighborhood-centrism the wealthier communities of northern and coastal San Diego have grown increasingly separate – in diversity, in affordability, in middle class opportunities--from the working-class communities south of Miramar Road and east of Interstate 5.

"Gloria’s first challenge is, therefore, to start making San Diegans think like they are part of one big, diverse and beautiful community rather than separate neighborhoods each jealously guarding their own policy agendas."

Gloria’s first challenge is, therefore, to start making San Diegans think like they are part of one big, diverse and beautiful community rather than separate neighborhoods each jealously guarding their own policy agendas. For that to happen he needs to foster a common vision of shared prosperity and opportunity that brings all the communities and neighborhoods of San Diego together. He must show how increasing housing densities will allow the children of people living in the more expensive parts of town to actually one day live where they grew up. He must show how focusing on green technologies and moving San Diego from the age of individual internal combustion autos to smart cars and integrated effective mass transit systems will allow every resident of San Diego to reap the rewards from the higher paying jobs the industries and businesses fueled by these innovations will produce.  He must build effective coalitions between communities of activists, neighborhoods and businesses built on the foundation that a rising tide lifts every San Diego surfboard. He must show us that we can become San Diego Proud not just in support of a sports franchise but in the bigger pursuit of creating a San Diego where every neighborhood is a good place to live, every resident can enjoy a decent life and every child has every opportunity.

From his working-roots going to Madison High School (my alma matter – Go Warhawks) to his days at 202 C Street and in Sacramento, Gloria has worked toward this moment, a moment of definition of himself as a leader and a moment of definition for San Diego writ large. We are no longer the small, sleepy beach town of retirees and the military. We are a defining city and region of the 21st Century Pacific Rim. With the election of Gloria, San Diego may, perhaps, finally be ready to achieve this destiny.

Carl Luna is a professor of political science at San Diego Mesa College and the director of the University of San Diego-San Diego Community College District Institute for Civil Civic Engagement.