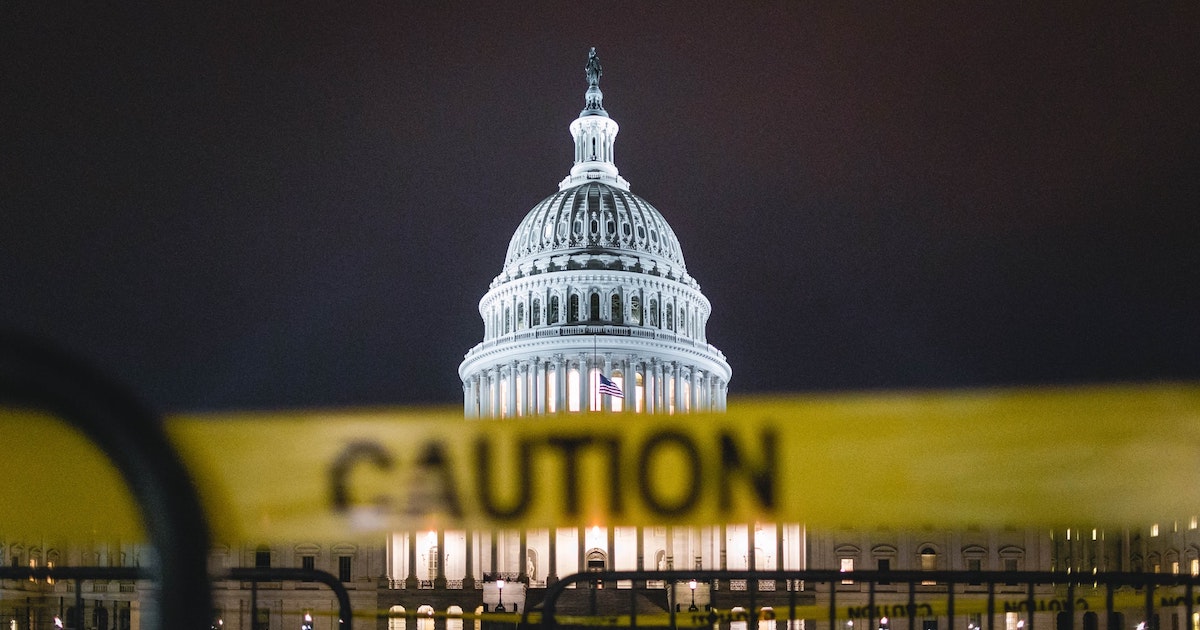 It has become popular on the Left to ascribe Republicans’ recent attempts to change voting laws as anti-democratic, even potentially criminal.  There are those, such as Paul Waldman at the Washington Post, who have gone so far as to suggest that the Right has descended into madness. One common thread is that Republican legislators, either in Congress or at the state level, have willfully and cynically renounced the sacred principles embodied in the United States Constitution, the core of which, as Thomas Jefferson wrote in the Declaration of Independence, is rule by “consent of the governed.”

But Republicans have neither lost their minds nor abandoned the principles on which the nation was founded. They are, in fact, engaged in a coherent strategy as old as the Constitution itself.

What most Americans do not realize is that “consent of the governed” was never intended to mean the “majority of the governed.” In fact, the Constitution was drafted explicitly to establish minority rule, and a small minority at that. John Adams, Alexander Hamilton, and James Madison all favored severely limited voting rights, and Madison, in Federalist 51, famously warned against “tyranny of the majority.” Qualifications for voting, therefore, were left to the states, which universally allowed only a tiny percentage of its citizens to cast ballots. In the first presidential election, only 6% of Americans were eligible to vote and only 2% did.

Although in 1870, the 15th Amendment seemed to mandate voting rights for all adult males, four years later, Supreme Court Justice Joseph Bradley, the Antonin Scalia of his day, made certain that its reach was limited. “The Fifteenth Amendment confers no right to vote,” Bradley wrote. “That is the exclusive prerogative of the states.  It does confer a right not to be excluded from voting by reason of race, color or previous condition of servitude, and this is all the right that Congress can enforce.”  With that pivot, Bradley switched the burden of proof from the state to demonstrate it had not discriminated against disenfranchised voters to demonstrate it had, which turned out to be an impossibly high standard. Abetted by an all too willing Supreme Court, Jim Crow was the result. Not until 1965 did the Voting Rights Act cast the 15th Amendment as it had been intended, but in 2014 a conservative Supreme Court disemboweled those guarantees in Shelby County v Holder.

Minority rule was further enabled by awarding two Senate seats to even the least populous states. Currently, a majority of those seats are chosen by less than one-fifth of America's population. The Electoral College, another Constitutional contrivance, has recently allowed both George W. Bush and Donald Trump to become minority presidents. (Rarely mentioned is that, as with the 3/5 clause and even the census, both the Senate and Electoral College were created to some substantial degree because slaveholders feared majority rule would result in abolition.)

But while minority rule has remained the standard, it began to erode as the nation grew and voting rights expanded. Property holding requirements were eliminated, and then literacy tests, poll taxes, grandfather clauses and other ploys used to deny Black Americans the right to vote. Suffrage was extended to women, Native Americans, and other groups to whom it had been denied. Each of these expansions were opposed by conservatives determined to retain minority control, and new roadblocks were thrown up in their place.

Nonetheless, largely as a result of voter registration drives by Democrats such as Stacey Abrams, minority rule has recently come under as great a threat as ever in our history. (Imagine predicting that a black man and a Jew would be elected to the Senate from Georgia in the same year.) As the threat increases, so does desperation, and with desperation comes transparency. And so, a new series of voter suppression measures, some laughably obvious in intent, have been initiated in states controlled by Republicans.

But voter suppression can go only so far.  Where a majority may be able to squander some of its margin, a minority cannot. Republican Party power now teeters on voters loyal to Donald Trump. For Mitch McConnell, Kevin McCarthy, and other Republicans forced to hold their noses and kowtow to Trump, there exists the real fear that power lost may never be regained. So, of course party leaders will not admit the 2020 election was fair; of course they will deny that the January 6 riot was an insurrection; of course they will purge Liz Cheney but not Marjorie Taylor Greene.

Democrats, then, should not be talking about returning to the vision of the Founders because we are living it. Throughout our history, many powerless Americans—mainly black, brown, Native Americans, and Asian—have paid the price of a Constitution created on anti-democratic principles. The only question is whether we, as a people, are willing to allow them to continue to do so. The risk, to liberals and well as conservatives, is whether a nation that claims to be founded on individual freedom and equal rights can sustain itself by shrinking the ruling class rather than expanding it.