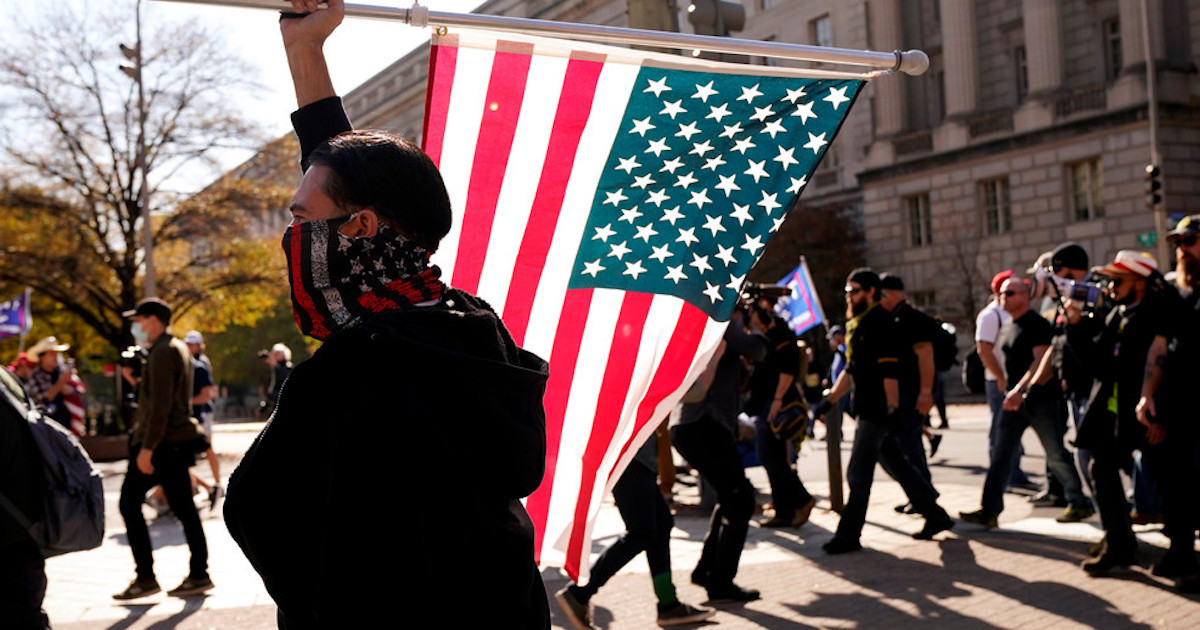 Voters Deserve to Have Faith in the Electoral Process

The Electoral College has cast its official votes for president, cementing Joe Biden as the president-elect of the United States. Democrats and Biden supporters are celebrating, while many Republicans and Trump supporters scorn the process.

Let’s put aside who we supported or voted for in the presidential election (the distinction between those verbs is important). Let’s take a moment to take a step back and as independent thinkers look at the aftermath of the 2020 election as objective viewers.

The reality is millions of voters do not have faith in the electoral process. There are many voters who believe fraud took place. There are many more who feel their voices were silenced or discarded completely.

The reasons for this are worth analyzing. Voters deserve to have faith in the political process. They deserve to have confidence it will produce outcomes aligned with the will of the people.

Supporters of President Trump believe there were legitimate cases of fraud that took place in the 2020 election. They point to various incidents throughout the counting process or statements made in sworn affidavits that appear suspicious to them as evidence.

The knee-jerk reaction from those on the other side of this conversation is to say, “the Trump administration had numerous opportunities to prove there was merit in any of these claims, and they didn’t.” Thus, they immediately dismiss any objections or concerns that arise.

However, the broader response to immediately rebuke the frustrations of Trump supporters doesn’t help us understand why they don’t have faith in the process. Instead of empathy, these voters are largely cast aside as lost causes.

For the democratic process to thrive, we cannot cast millions of voters aside as lost causes or insignificant. That is an underlying problem with the two-party system as it is. We shouldn’t help it marginalize voters.

It is important to note that the reason Trump got support from so many independent voters in 2016 was because he promised to “drain the swamp” and unrig the system. The two-party system has left so many feeling voiceless and unrepresented and Trump effectively tapped into that frustration.

US elections are a zero-sum contest between the Republican and Democratic Parties. One side has to win and the other side has to lose. Thus, winning becomes all that matters to the parties.

Think about what this does to the political narrative and landscape at-large. When each side approaches an election as something that must be won at any cost, where will the line be drawn on what can be said or done to ensure the other side loses?

Many people pick a side and reside within the echo chambers that will confirm that what they believe as fact and their side says is fact is always the truth and what the other side says is always a lie. This is called confirmation bias.

Confirmation bias can lead individuals to not only accept what their side is saying without question, but it can also lead people to think that if their side doesn’t win then the process is rigged against them and they were cheated.

And before anyone thinks i am just talking about Trump supporters, consider how many Democratic leaders are calling for Electoral College reform now that Joe Biden is president-elect versus how many took to the airwaves and penned editorials demanding reform when Hillary Clinton lost in 2016.

See what I mean? Everything in our zero-sum politics becomes about who benefits: “Team Red” or Team Blue”?

The president spent the better part of 2020 decrying the electoral process as fraudulent. His remarks and tweets on this, mostly focused on the administration of vote by mail, started months before a single general election ballot was cast and he effectively sowed seeds of doubt among many of his supporters in the process.

Both sides were directly appealing to the confirmation bias of their supporters. No matter what, my side is right and must win and the other side is wrong and must lose.

As a result, a video that showed people carrying coolers and suitcases into a Detroit voting center became incontrovertible evidence to some of something shady happening with the election results. And, simply the number of sworn affidavits filed was enough to confirm fraud -- not what the affidavits actually say.

On the other side, no incident that raised concern among voters was enough to cause pause. No need to look further into the matter because all it will do is feed into the ego of the president and the delusions of his supporters.

When we fail to take a step back and look at the election as objective observers, we fail to give concerns and grievances our full and thoughtful consideration. We ignore evidence or lack thereof when it doesn't suit us. We do not get a full and complete picture of the 2020 elections.

It is only about who won and who lost.

Deep Systemic Problems: How The Two-Party Duopoly Has Hidden the Forest for the Trees

In the eyes of the judicial system, there was not enough evidence of widespread fraud to support a legal argument that the election results were tampered with in key battleground states or anywhere else. This determination extends from state courts to the US Supreme Court.

As far as the administration of elections is concerned, the Cybersecurity and Infrastructure Security Agency called the 2020 elections the most secure in modern US history.

This does not mean a voter’s lack of faith in or grievances with the process are not valid. It is important to note that the conversation on both sides -- with Republicans and Democrats -- focused on the administration of elections (e.g. vote by mail, voting machine tabulation, vote counting, etc.), rather than the electoral process itself.

Remember, many voters turned to Trump in 2016 because they were frustrated with the political status quo. These were voters who already lacked or had diminished faith in the political process at-large.

What Trump did effectively was tap into frustration and disenchantment that already existed. However, he, like the parties, narrowed the conversation to  “us vs them” -- some might argue “me vs them” disguised as “us vs them.” If he didn’t win that meant the other side cheated.

Perpetuating a negative and divisive narrative like this is destructive, no matter what side starts it, and it can get out of hand quickly as we have seen in recent years and the 2020 election cycle. No matter how wronged we feel by the system or the "other side," there is no excuse for violence or threats of violence.

And, when we hold on to the divisive partisan mindset, we allow the forest to be hidden for the trees. We fail to see there is a bigger problem, not in the administration of elections, but with the electoral process at-large. We fail to truly analyze why we and others are disenchanted with the US political process; namely, we don't feel represented by it.

If someone voted for Trump, I encourage them to ask themselves if they believe anything truly changed with the political process in the last 4 years. If someone voted for Biden, I encourage them to consider whether they truly think anything will change in the political process under his leadership. If the genuine answer to both is "no," the follow up question should be, why?

The message these teams send to people is: pick a side or stay out of the process. We see this from the very beginning of the electoral season, during the primaries, where voters are told -- and in a lot of cases forced -- to pick between the two sides and stay there.

And, the mainstream conversation, just like public officials, often ignores those the parties cast aside. We celebrate the record-breaking turnout of 2020 without considering that 80 million eligible citizens didn’t vote. The partisan narrative would have people believe this is a result of apathy but the truth is many of these voters have so little confidence in their voice being heard that their conclusion is, “Why bother?”

There is an important distinction between apathy and disenchantment.

How many candidates do you hear talk extensively about giving all eligible voters a process they can have confidence in? I know I am not the only one hearing cricket noises, because partisan candidates know they don’t really have to care what voters think. The system rewards loyalty to the two major parties (which control primaries, ballot access, the largest flow of money, access to voter data, the debates, etc), not loyalty to voters.

Broad systemic problems to a partisan-controlled system need a thoughtful, nonpartisan approach. By understanding the barriers that deny voters and candidates outside the major parties fair elections, meaningful participation, and accountability in the nation’s politics, we can better understand why so many people have lost faith in the electoral process.

Voters deserve to have faith in the US political system. They deserve elections that put their interests first. They deserve accountable representation. It is the only way we, as a nation, can move forward and come to long-term solutions to solve the problems facing the country. It is also the only way to end divisive and destructive zero-sum politics.