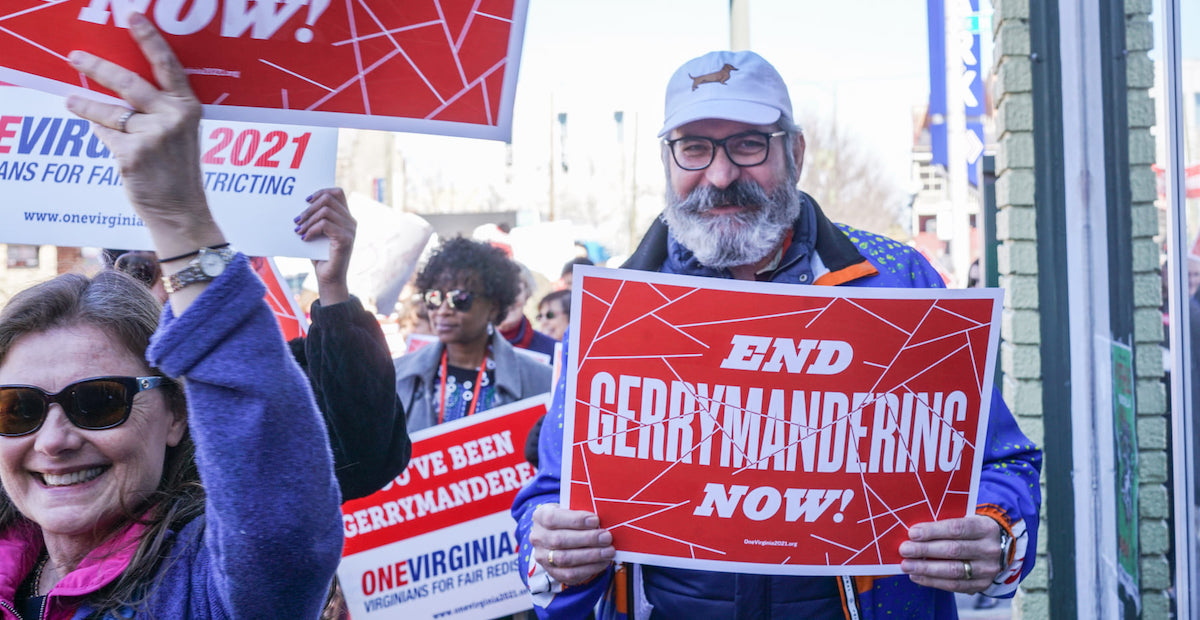 Virginia became the first state in the South to approve a bipartisan redistricting commission to end the practice of partisan gerrymandering Tuesday after 66% of voters approved Amendment 1. The reform comes just in time for 2021 redistricting after the decennial census.

"Today is historic," stated FairMapsVA Executive Director Brian Cannon and the campaign's co-chairs, Wyatt Durrette and Bobby Vassar. "Six years ago, our parent organization, OneVirginia2021, embarked on a mission to reform the long-broken redistricting system in Virginia. Our team has recruited hundreds of grassroots volunteers, spoken to countless number of local community organizers across the Commonwealth, and lobbied state lawmakers to further this cause."

The campaign amassed a large coalition of supporters and endorsements from across the political spectrum ahead of election day. And, by the end of election night, over 3.7 million votes were counted in the amendment's favor.

The passage of Amendment 1 will create a bipartisan redistricting commission that includes eight members of the General Assembly and eight citizens that will be responsible for redrawing state legislative and congressional districts. And, the chair of the commission has to be a citizen.

According to FairMapsVA, the commission will conduct its business in a fair and transparent manner. There will be clear rules to ensure accurate maps that don't diminish minority voting power, and the governor and legislature cannot amend maps drawn by the commission. Final maps will also require a supermajority of the commission to ensure that there isn't a party or group that hijacks the process.