Up Next
...
Lawsuit Aims to Halt any More Online Voting in New Jersey
Read More 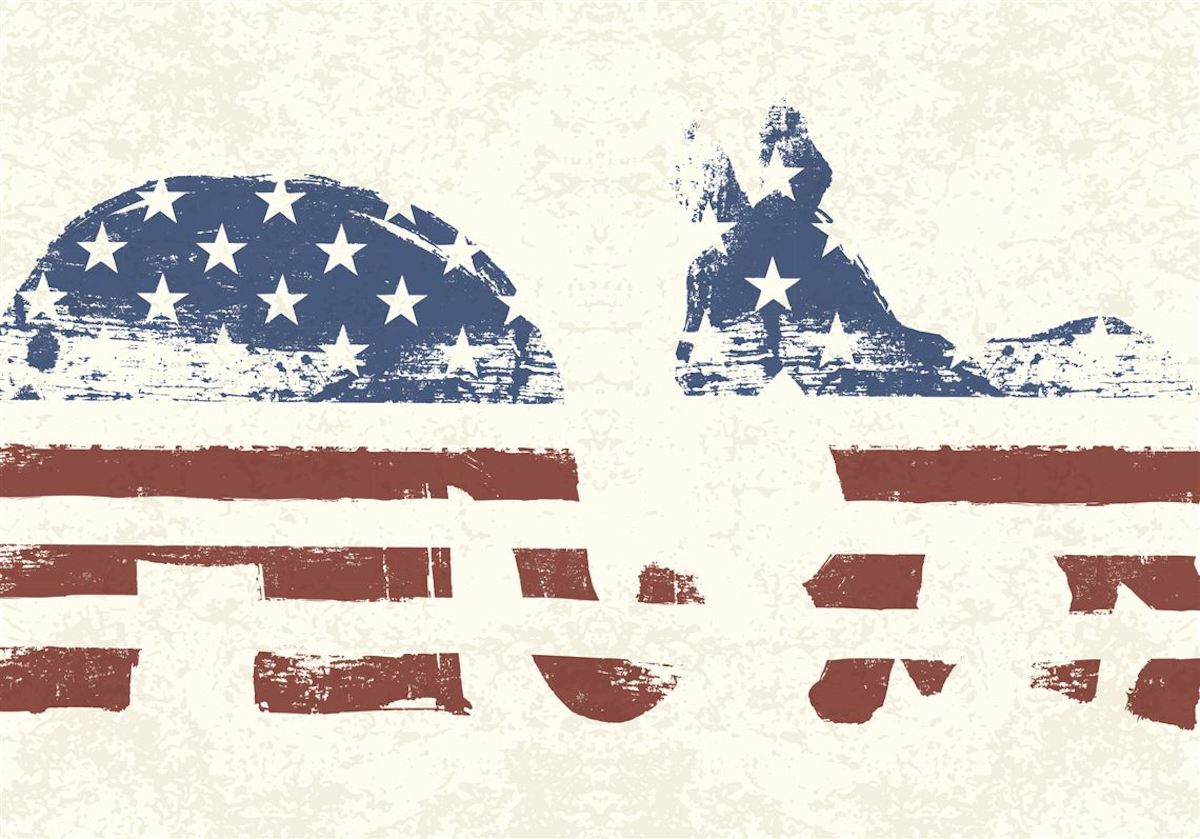 As we stare down the barrel of one of the ugliest general elections for president of our lifetime, maybe a look back at what brought us to this point would be worthwhile. During the primaries, it was quite a spectacle on the Republican side, as 17 “Republican” candidates shoe-horned themselves into the Grand Old Party.  To be viable, these candidates were forced to choose one of the two parties that have elected all of our presidents since 1860.

As the GOP primaries progressed, political pundits divided the disparate bunch into three “lanes” (establishment, conservative values, and change).  In most countries these lanes would be called something a bit more common--“political parties.”  But in the U.S., there was nowhere else for these candidates to go.  Because of the archaic system we use to elect our leaders, only two parties stand a chance.

While not known quite as much for party discipline historically, the Democrats managed to keep their “lanes” to two and their candidates to three.  Senator Bernie Sanders, a self-described Democratic Socialist, determined he had to run as a Democrat, entering the fray to join more mainstream hopefuls, Hillary Clinton and Martin O’Malley.

From the very start, Bernie Sanders on the left, and Ted Cruz, Rand Paul, Donald Trump, and Ben Carson on the right, were significant candidates in popularity, but not viewed as standard bearers of the Democratic or Republican party labels under which they respectively ran.   Both of the parties were thus stuck with “misfits” in their midst.

Party leaders too struggled with the fit.  Reince Priebus first assumed that the RNC country-club-like rules—byzantine state-by-state delegate counts and bound/unbound rules—would ultimately prevail in delivering an establishment outcome.  Or worst case, Priebus may have assumed that the RNC Rules Committee could change those rules to get there.   This early bravado steadily drained from the RNC Chairman just as it did from the establishment’s top candidates—Jeb Bush, Marco Rubio, and John Kasich.  A tortured Priebus in early May seemed to finally accept Donald Trump as the at least temporary new face of the GOP.  Trump had hijacked the party whose leadership had tried unsuccessfully to expel him.  The result was a divided party on display at its national convention in Cleveland in July.

On the left, Sanders supporters always felt that DNC Chair Debbie Wasserman Schultz and her party cronies were treating Bernie like the crazy uncle up in the attic, despite a thin veneer of impartiality.  Few of them were therefore surprised when emails emerged from Wikileaks corroborating that the fix was in.  It was the icing on the cake whose foundation was Superdelegates—the party elite that committed to Hillary early, and meant to send a “wink” to the party’s voters of the preferred establishment candidate.  Unlike the GOP, the Democrats managed to nominate a true party standard bearer even if evidence of a rigged game left the party struggling to merge Sanders’s supporters with the true Democrats.

No, the reason we confine a spectrum of candidates to just two parties is that we have a system that is structurally unfit to accommodate more than that.  Now don’t get me wrong—other names and parties will in fact be on our November ballot.  Green and Libertarian party nominees Jill Stein and Gary Johnson, respectively, are fighting that tide, and are now bashed almost daily as “spoilers” by the media and by Trump and Clinton surrogates.    That message will get more shrill as November 8th approaches--“a vote for Gary Johnson is a vote for Clinton” and “a vote for Jill Stein is a vote for Trump.”

How did we manage to hamstring ourselves so?  Our system says “most votes wins,” period—no matter the field of candidates.  This plurality (or “first past the post”/FPTP) voting system works just fine for two candidates.  But for three or more, however, not so much.  As our system exists today, you cannot “vote sincerely” outside the two main parties without possible negative consequences.  If you vote for the person you like most, you may help the person that you like the least.  We are forced to vote based on our fears, not on our hopes.

So our system gives us the following vicious cycle:

Look around.  America's archaic voting system now lags behind the rest of the world.  According to International IDEA, of the 34 OECD member countries, all but three (the U.S., Canada, and the UK), have moved past plurality/“first past the post” system for the bulk of their elected offices.  Canada is showing some commitment  nationally in 2016 to move beyond FPTP.

As simple as it sounds, we would have a wider array of choices if we used runoff elections (or instant runoff elections—also called ranked choice voting).  These produce a majority (>50%) outcome and remove the spoiler effect.

France has a two-round runoff for president and for their National Assembly.  Courtesy of Wikipedia, their 2012 presidential election results are illustrative:

Five candidates for president garnered more than 10% of the vote—no spoilers due to the second round when there is no majority.  France’s National Assembly, which also uses a two-round system (runoff elections) to elect its members, has six parties with significant representation--more than 10 seats each--as of their 2012 election results.   Can we even imagine this sort of party diversity in our state houses and in Washington?

With such a better voting system, our November presidential ballot might include an array of choices as follows:

Likewise, with better elections in the U.S. generally, support for other parties (and independents) would be meaningful, not shoved to the low-single-digit corners as they are now.  They would become parties with representation in our state houses and in Washington.

The need for more viable parties is a pretty easy case:

Changing a broken system is hard, and—short of “Constitution 2.0” (with our dysfunction, never say never)—will have to be done incrementally, state by state.   Most promising in possible legislation, Maine has a referendum initiative on implementing ranked choice voting (instant runoffs) statewide.  State “Top Two” initiatives—already in place in California, Washington, and Louisiana--seem to be gaining some traction as options for other states.  Iterating further, some reform advocates in California talk of changing its Top Two primary to “Top Five” (with ranked choice voting to determine the winner in November).  While some approaches would go farther (see:  proportional representation) to put more parties in office, runoffs and and ranked choice voting (or both) are reforms that would restore majority outcomes and remove a significant barrier to additional parties and choice.

There is a decent chance that our presidential election on November 8th will prove disastrous.  Picture a 45% popular vote winner-- the “least-worst” of two unpopular candidates, with some protest votes for outside candidates.  That level of voter support can easily win a majority of electoral votes (270+) due to the state-by-state plurality/FPTP winner-take-all outcomes.   Considering today's polarization, whether that winner is Trump or Clinton, the magnitude of the anger from a disgruntled populace may be historic.

Will we have reached the point where frustration with a broken two-party duopoly and its lack of choice has many more of us demanding electoral changes?