Homelessness
Up Next
...
Need More Proof of a Rigged Political Process?
Listen 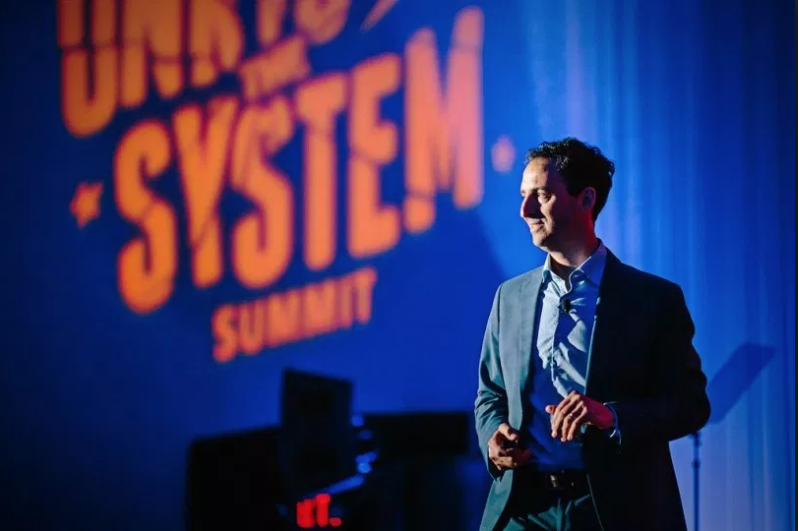 Unrig the System: "The Viability of the American Experiment is At Stake"

"If we don't band together to unrig the system, there will not be a country passed to our grandchildren and great-grandchildren..." - Josh Silver, Director of RepresentUs

The largest gathering of nonpartisan activists, organizations, reformers is happening in Nashville, Tennessee on March 29-31: the Unrig The System Summit, hosted by RepresentUs and sponsored by many more. It follows a historic year in political and election reform, and the conversations that will happen at the event will largely center around keeping that momentum going throughout 2019, into 2020, and beyond.

"The Summit is an effort to bring together everybody across the country who is working to make American politics work for 'We, the People,'" said Josh Silver, director of RepresentUs.

Unrigging the system, Silver says, means more competition in elections for voters to have actual choices, more civility, having politicians who actually represent the people, and giving voters a political system that doesn't trap them in a two-party duopoly.

Silver explained the point of the summit is not to have speakers "just blathering at the crowd." They want to make it insightful and inspiring for people interested in all the ways they can get involved in nonpartisan reform efforts, but also fun.

The guest list includes big names in entertainment like Academy Award winner Jennifer Lawrence, former SNL cast member and standup comedian Shasheer Zamata, and others. Silver says there will be music, a ton of comedians, and it will fast-paced with plenty on the agenda for anyone attending.

The 2019 Unrig The System Summit is the second summit hosted by RepresentUs, and it comes after a historic year -- in terms of modern US history -- in political reform. Silver said this offers "an interesting backdrop that nobody knows about, while the dystopia continues to emanate from Washington, DC."

And these leaders will be in Nashville. They will share their experiences and advice for those who want to start a campaign for anti-gerrymandering reform, or ranked choice voting reform, or public financing of elections, or ethics reform, or whatever avenue an individual is interested in to unrig the system.

What is important to remember is there is no silver bullet. There is no, "if we just pass my one idea, everything will be good." The people who gather at the Unrig the System Summit recognize that creating a better political process is going to require baby steps. It is going to require collaborations and partnerships on a broad scope of ideas and reform proposals. But more importantly, it will require a united front.

Having covered and been in the weeds of nonpartisan reform for over 6 years, perhaps the most important lesson I have taken away is: No man is an island. No one person or group or cause is going to solve the myriad of problems that plague the US political system. That may sound common sense, but applying that lesson has been key to recent successes.

What matters first, and foremost, is the people, and giving them a healthier and more representative political process. Organizations that operate in this space might focus on different avenues for change, but we all want those avenues to lead to the same destination. We all have the same end goal in mind.

Silver echoed this sentiment in our interview, saying that events like Unrig The System give reformers the opportunity they need to meet face-to-face, build trust, and form or strengthen partnerships. And these partnerships and coalitions will be critical to keeping the fire for reform burning.

"If you care about independents, and you want to see something better than just a two-party duopoly with political parties that are too entrenched and bought by special interests -- if you're sick of the gridlock and want real solutions, you gotta come to Nashville," said Silver.

He added, "This is about the future of this country. The viability of the American experiment is at stake. If we don't band together to unrig the system, there will not be a country passed to our grandchildren and great-grandchildren."