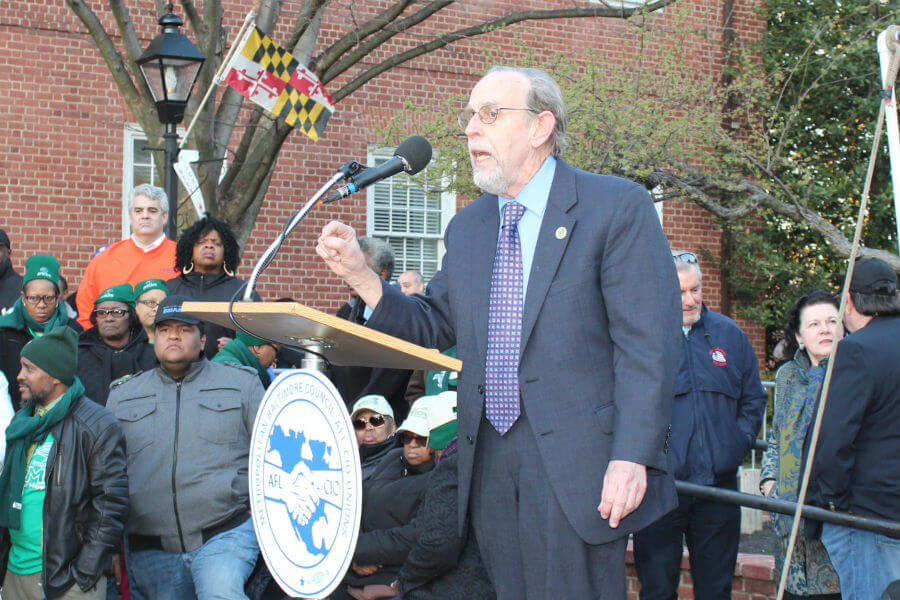 Two Reasons to be Cheerful About Lobbyists

In December, I wrote an article on a particularly egregious case of the famous legislative "revolving door." After sixteen years in the South Dakota Legislature, Senator Deb Peters announced her resignation to take a job with the state's healthcare association.

Two things about that story were particularly galling: Peters did not make her decision public until after starting her new role, and just a few weeks previously she stood for and won a seat in the South Dakota House. It turns out, as I discovered, that the latest Peters could have applied for her new job was three days after winning a new four-year term.

"I ran for the legislature with the intent of filling the House seat," she told me. But the new job, she said, "just happened."

Deb Peters' story is a sadly routine one (the lobbyist she now works for, Tim Rave, also resigned his role as South Dakota Senate Majority Leader to work for the healthcare industry in 2015). Still, two more articles I wrote in December have provided reasons to be cheerful when it comes to lobbyists.

State Delegate Jimmy Tarlau lost his seat in the Maryland primary this summer. Instead of taking a job with a special interest like Deb Peters, Tarlau has set himself up as a 100% pro bono lobbyist - perhaps the only one in the country. Since launching his People's Lobbying Group in November, his phone has been ringing off the hook.

“I wanted to stay engaged and I felt there were areas where I had expertise in some issues,” he told me. “I realized there were people who couldn’t afford lobbyists, but needed help. I have a pension and I’m retired so I thought why not help on a pro bono basis?

“What’s separating me from other groups is values and the issues that I deal with," he continued. "I’m not going to represent corporations and casinos. I won’t be taking people out to fancy dinners, but I can talk to people I know, people who respect my advocacy.

“I want to help people I know who need help -- not liquor associations.”

Whatever you think of Jimmy's politics (he's from a union background), it's hard not to admire his chutzpah or his integrity. Why are so few retired state legislators are doing anything similar?

Speaking on the phone to Jimmy also brought home the vitally important (and often overlooked) role of lobbyists in our legislative system. It's not just oodles of money that makes outfits like Deb Peters' new employer, the South Dakota Association of Healthcare Organizations, such formidable players. Knowing how the system works, or even who to talk to, is vital. This "inside baseball" expertise is well outside the abilities of the average private citizen.

"You need to know when things need to be introduced, when a hearing date is, who on the Senate side might be interested. It’s a complicated process," Jimmy told me. "A lot of people don’t even know where to start.”

I certainly don't doubt him. I wouldn't have a clue.

After publishing my interview with Jimmy, I was feeling slightly more hopeful about the role of lobbyists. Then I received an email that made me think there is an even more radical way to redefine the system.

The email was from Billy DeLancey, who is the co-founder of Lobbyists 4 Good. L4G is a new crowdfunding platform that allows anyone to propose a legislative change at the federal level. If the idea meets the L4G four principles - being for the people, by the people, bipartisan, and underrepresented - a fundraising campaign is launched online. Once a cause gets $5,000 in funding an experienced Washington lobbyist is hired. Then things get real.

The first L4G campaign to reach its target was proposed by Laura Reese, a Californian who wants the federal government to stop subsidizing animal agriculture. It's a fascinating idea that cuts across traditional party boundaries, appealing to vegans and libertarians among others. It is exactly the sort of proposal that would never normally benefit from a well-connected lobbyist.

"People like Laura do not have much political clout in DC,” Billy told me. “They don’t donate large amounts of money to candidates and they are unable to access congressional offices like professional lobbyists can. With our innovative platform, Laura and her campaign’s supporters now have well-connected DC professionals working on their behalf for the cause they care about.”

In my interview with Laura she explained how she hoped her campaign will appeal to wide range of Americans, and not be seen through the standard two-party paradigm.

"This campaign is for anyone who recognizes injustice when they see it, whether they’re on the right or the left," she said.

"The injustice of distorting the free market – with our very own tax dollars – is causing excessive environmental damage, ill health, and animal cruelty. It’s outrageous. These subsidies should appall anyone no matter where they identify on a political spectrum.

"This campaign is intended to appeal a broad coalition of Americans. From dairy farmers and cattle ranchers (Yes!), to environmentalists and budget hawks. From libertarians, vegans and vegetarians, to parents, voters, and non-voters."

Laura is currently planning her trip to Washington to work with Billy and the soon-to-be-announced lobbyist. If her campaign raises an additional $5,000 before the end of January, it will continue for an additional three months (and for as long as it continues to be supported).

Meanwhile, five other L4G campaigns (from campaign finance reform to support for female veterans) are also looking for support.

Convincing the average American that they can effect real change at the legislative level will be tough, but as a political journalist it is exciting to have something other than the Deb Peters of this world to write about.

As legislative seasons in Washington and state houses across the country ramp up in the coming weeks, I hope the Jimmy Tarlaus and Laura Reeses of this world the best of luck. And I hope there are many more of them soon.