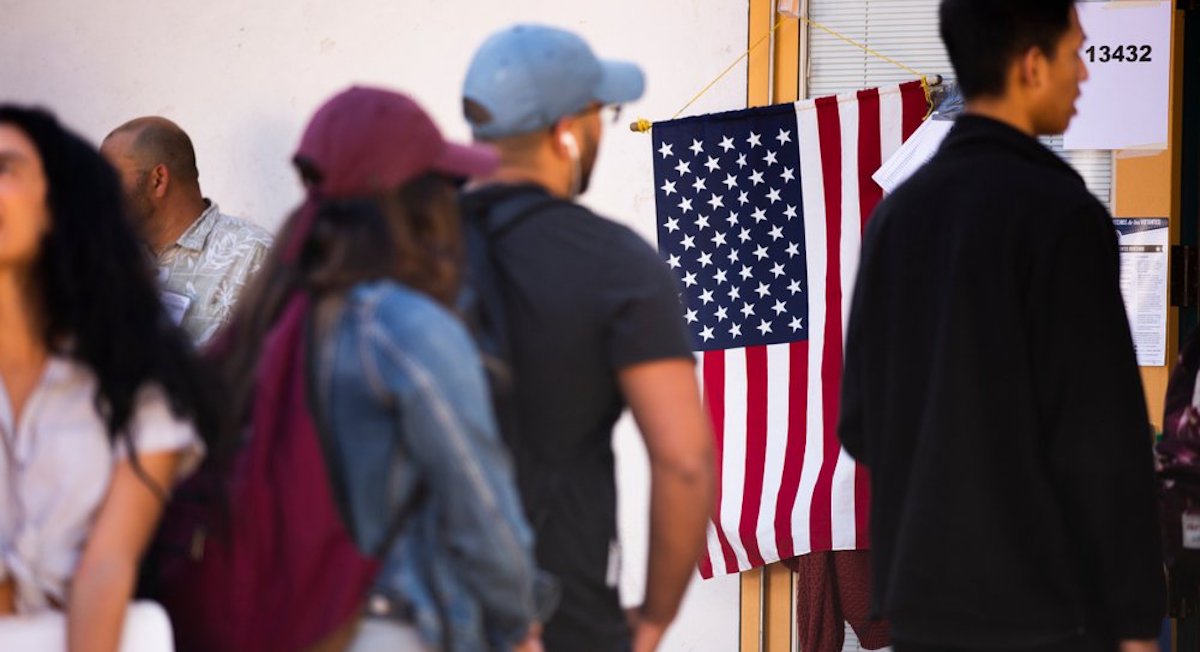 The 2016 presidential primaries in California didn’t go smoothly. The election was marred by widespread confusion and frustration as millions of voters had to navigate a complex and restrictive semi-closed primary process. As a result, they were completely disenfranchised by the process.

The Independent Voter Project had anticipated this issue, and offered legislative solutions in 2015 and 2016, but neither the legislature nor the secretary of state took up the cause.

As a result, millions of voters were confused, disenfranchised, and unable to fully participate in the presidential primary. In response, a lawsuit was filed in federal court over failures to adequately inform voters of their right to vote.

What has the legislature and the secretary of state done since then to make sure the same thing doesn’t happen in 2020?

But with the primary moved from June to March, with more voters than ever registering as “no party preference,” and with less resources being dedicated to voter education, the problem can only get worse.

Fact is, the rules of the California’s semi-closed presidential primary are confusing, even for political junkies. Meanwhile, in statewide, legislative, and congressional primary elections, every voter can vote for any candidate because of the nonpartisan primary initiative that was adopted in 2010.

So why is it so hard to reform California’s presidential primary to do the same?

California’s semi-closed presidential primary allows parties to decide whether or not to allow independent voters (aka, “No Party Preference”) to participate on their party’s ballot. Some, like the Democratic Party, do. Others, like the Republican Party, do not.

This is because, as a matter of law, the parties control who can access a party’s primary. Not the state. Not the voters.

Here is an explanatory video we published ahead of the 2016 presidential primary. Just listen to how confusing the primary rules are:

Side note: taxpayers pay for elections.

If you are an independent permanent absentee voter, the government mails you a little postcard several months before the election to let you know you have the privilege of participating in certain party primaries and not others.

If you don’t fill out and send that little postcard back (like most normal people), then what?

You don’t get to vote for a presidential candidate at all.

Now, it doesn’t take a rocket scientist to foresee millions of California voters being upset that they can’t vote for a candidate in the presidential primary.

Consider this: California had approximately 4 million independent voters in 2016. According to Capital Weekly, half of all independent voters were permanent absentees, so they never had a chance to request a party ballot at the polls.

That fact becomes even more important when you consider that, in Capital Weekly’s survey, 67% of them intended to vote in the Democratic Party primary. Another 17% of independents said they would go so far as to re-register into the Republican Party to vote for the candidate of their choice.

Talk about a nightmare for elections administrators.

More importantly, in LA County alone, of the 400,000 independent absentee voters, only 25,000 Democratic ”crossover ballots” were sent out. That’s 6%, which is only 10% of voters who said they intended to vote in that primary.

And for the independent voters who showed up at the polls to cast their vote? Let the confusion continue.

“Some counties instruct their poll workers that if someone is a No Party Preference voter, you give them a No Party Preference ballot. If [the voters] ask you at that point why there are no candidates for president then their choices are given to them. Some counties post that information at the polling place, and some counties instruct poll workers to offer the choices up front,” said Inyo County Registrar of Voters Kammi Foote.

If this isn’t confusing enough, the instructions weren’t even followed in many districts.

In fact, many independent voters were simply given a provisional ballot, which are supposed to be used only in emergency situations. These ballots are set aside, counted last, and put a huge burden on the administrative process.

Maybe this is one reason why it takes California so long to count?

In the 2016 presidential primary, more than 1-in-5 voters used a provisional ballot to cast their vote at a polling location. That means over 20% of voters used a ballot designated for emergency situations.

Also noteworthy, the number of registered statewide independent voters increased 35% from May 2016 to February 2019. The number will be even higher come March 2020.

This points to even bigger problems for the 2020 presidential primary.

Adding insult to injury, the state’s automatic voter registration law has had some serious issues. IVN.us, for example, was the first to report on a growing problem of voters not being registered with the party of their choice when using the new system.

On April 1, 2014, a campaign called “Don’t Be AIPrl_Fooled” warned that hundreds of thousands of people were registered with the American Independent Party by mistake -- thinking they were registering as “independent” of a party.

The LA Times released its own investigative report two years later that confirmed the suspicion. Nearly 75% of American Independent Party members said they did not intend to register with a party.

And what has the California legislature and the secretary of state done to resolve this issue?

The 2016 Lawsuit Against the California Secretary of State

“Plaintiffs bring the instant lawsuit to protect the right to vote by mail, early voting, registration, and informational voting rights of millions of California voters,” the complaint states.

“The impact of failure to inform [independent] voters of their right to obtain a “crossover ballot” and to vote in the Presidential primary is significant, as is the failure to inform party-affiliated voters of their right to re-register as no party preference voters and still receive the Presidential primary ballots of the Democratic, American Independent, and Libertarian parties.”

The oversight of the California secretary of state and county boards of elections, they say, denied or infringed upon the rights of all California voters. They asked the court to, among other things:

The Voting Rights Defense Project included a lot of advocates for then candidate Bernie Sanders. These supporters felt cheated by the primary process in 2016 and the way the state handled the election.

The lawsuit was rejected by the court.

California Could Have Avoided This Headache

Following the 2012 presidential election cycle and building off the success of the nonpartisan top-two primary initiative in 2010, co-founders Steve Peace and Jeff Marston filed an initiative with the secretary of state in early 2013 to make the presidential primary nonpartisan as well.

IVP withdrew the initiative in January 2014, and sent the secretary of state’s office 3 questions on the discrepancy between how presidential primaries were conducted and state constitutional language that requires an open primary.

From IVP’s letter to the secretary of state:

2. If the answer to the first question is “Yes,”

(a) How does the Secretary of State explain the apparent conflict between the Constitutional language, the statutory implementation, and the actual administration of the 2012 presidential primary election?

3. If the answer to the first question is “No,”

(a) Why was a semi-closed primary conducted instead of an ‘open presidential primary’?

(b) Will the Secretary of State conduct a presidential primary in 2016 that comports with California’s Constitutional requirements?

“The secretary of state’s office was intimately aware of the potential for confusion and the need for a robust voter education program. I know this because I personally discussed the issue with both the secretary himself and his office,” said Peace. “ In addition, attorneys for the Independent Voter Project presented a comprehensive and simple solution to Padilla and his office.“

That solution was a public ballot option. IVP asked Secretary Padilla to use his authority as California’s top elections official to add this option to the 2016 presidential primary for independent voters and voters who did not want to vote on a party’s ballot.

The public ballot would include all candidates running for president, regardless of party. And to protect their rights as private organizations, the parties could decide whether or not to include these votes in their delegate selection process.

No longer would independent voters just get a blank page on their presidential primary ballot, and if they still wanted to request a party’s ballot, they could. Further, party-affiliated voters would have the freedom to vote outside their party’s primary if they wanted.

Secretary Padilla rejected the proposal, saying he was not sure he had the authority to add the public ballot option. IVP subsequently sponsored a resolution in the California State Assembly. However, after a “no” recommendation from the chair of the Committee on Elections and Redistricting, the resolution failed to get out of committee by 1 vote.

This year, the Independent Voter Project has launched a new website laying out their reform priorities.