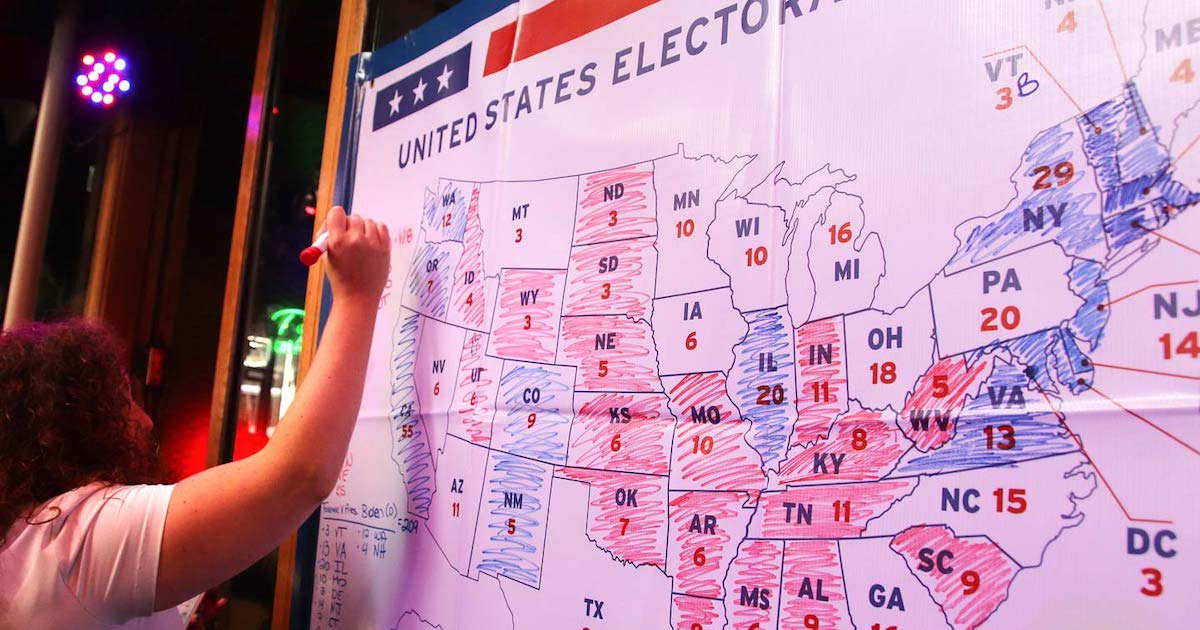 The Electoral College: An ‘Educated’ Discussion of its Pros and Cons

AnchorSpotifyYouTubeAppleGoogleiHeartBreakerPocket CastsRadioPublic
Independent Voter Podcast · The Electoral College: An ‘Educated’ Discussion of its Pros and Cons

Chad Peace and Scott Greytak join T.J. O’Hara on Deconstructed to examine whether we should stick with the Electoral College, shift to a straight democratic vote, or entertain the consideration of something in-between.

Mr. Peace is the founder and president of IVC Media LLC and a nationally-recognized leader in election law and voter rights. Mr. Greytak is an anti-corruption attorney who is the Advocacy Director for the United States Office of Transparency International -- the oldest and largest anti-corruption coalition in the world. Together, they discuss the history of the Electoral College, the pros and cons of retaining it, and what needs to be done if changes are to be made.

Most recently in the 2000 and 2016 elections, the winner of the popular vote for President lost to the winner of the Electoral College (as is dictated by law). This has only happened three other times in history (1824, 1876, and 1888). However, it has been the topic of ongoing debate for several decades.

The challenge to the Electoral College seems to be intuitive: One person, one vote. Yet, there are issues with defaulting to a popular vote as well. Messrs. Peace and Greytak do an excellent job of explaining the nuances behind the debate.

Correspondingly, the Electoral College is embedded in the Constitution. Extracting and replacing it is a complicated process and requires the ability to meet a very high threshold. Are the arguments against the Electoral College sound enough to pass a constitutional Amendment? Are there weaknesses with using the popular vote as well? Are the parties polarized on the issue because of partisan preferences?

Listen to Chad Peace and Scott Greytak examine the issue with T.J. O’Hara… and then, form your own opinion.