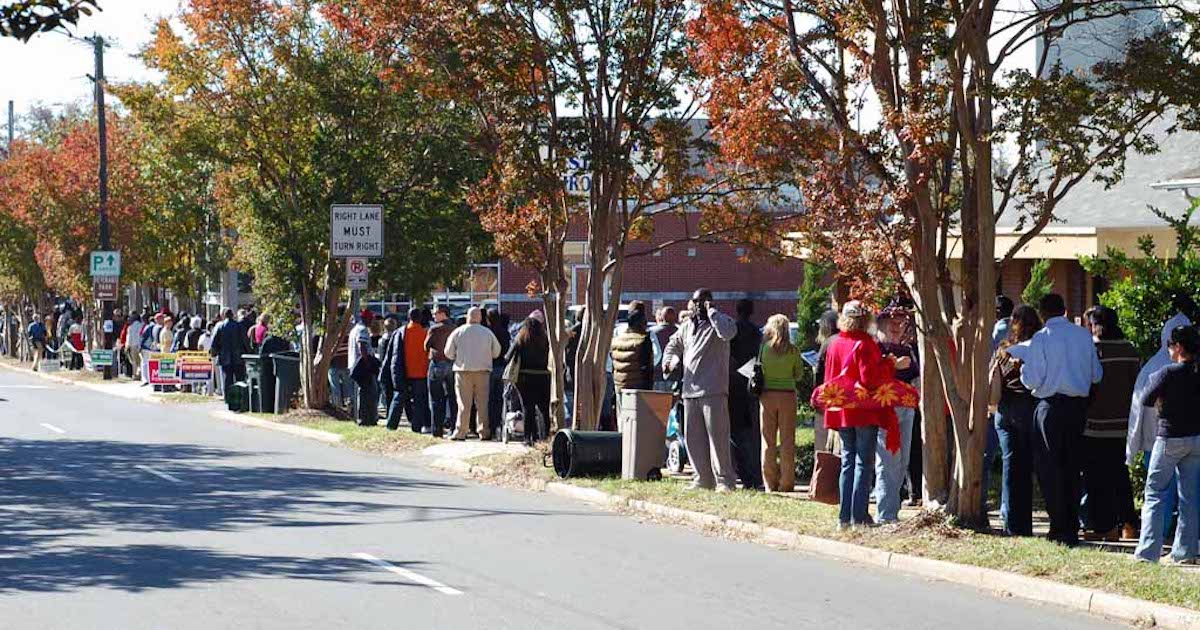 The Citizen Ballot Initiative Process Is Under Attack

The ballot measure process has been critical to the success of nonpartisan reforms across the country. However, according to new research by RepresentUs, 11 states have proposed over 60 laws to make it harder for citizens to have a direct say in the way their state’s political process works.

“Having the freedom to propose laws by ballot initiative is a key feature of our democracy,” says RepresentUs CEO Joshua Graham Lynn.

“When politicians forget who’s really in charge and drag their feet on a popular issue, American voters should have the option to take matters into their own hands.”

The advancement of citizen-led reform is already limited by the fact that nearly half of US states do not allow ballot referendums. The progress of reform, however, may be hindered more if state lawmakers and special interest groups have their way.

According to RepresentUs, 64 bills have been proposed in 11 states since 2017 that would make it harder for voters to shape policy. These states include Arkansas, Arizona, Florida, Maine, Missouri, North Dakota, Nevada, Ohio, Oklahoma, South Dakota, and Washington.

Florida has already made the ballot measure process more cumbersome for reform advocates across the political spectrum. In 2016, the state raised the threshold needed to pass a statewide initiative to 60% of the vote.

One consequence of this change is a 2020 nonpartisan top-two primary proposal for state executive and legislative elections failed despite getting 54% of the vote.

Increasing the threshold to pass a ballot measure is the most common proposal among the 11 states featured in RepresentUs’ report. According to the analysis, 8 states have considered bills that would raise the threshold to 60%.

“It’s not a surprise that those in power want to restrict [the ballot measure] process,” said Lynn. “While most of these efforts have failed, we have to remain vigilant.”

Attempts to change the ballot referendum process increased as anti-corruption and nonpartisan election reform initiatives were being considered or approved by voters in states like Missouri, where voters passed anti-corruption measures and redistricting reform in a single election. In fact, 29 of the legislative proposals found in RepresentUs’ analysis came from the Missouri Legislature.

There were several proposals in Missouri to increase the vote threshold to pass a ballot measure. There was also a proposal to require a certain percentage of registered voters to turn out for a ballot measure to pass.

A bill that proposed a two-thirds voter requirement came so close to passing that a filibuster in the Missouri Senate was needed to defeat it. It was the closest any of the identified proposals came to becoming law.

South Dakota voters also overwhelmingly voted down a ballot measure on the state’s June 7 primary ballot that would have placed additional restrictions on the ballot initiative process.

“At the end of the day, our government and its policies should reflect the will of the people,” Lynn stated. “Instead of spending their time strangling the voice of the people, perhaps it’s time states uphold it.”