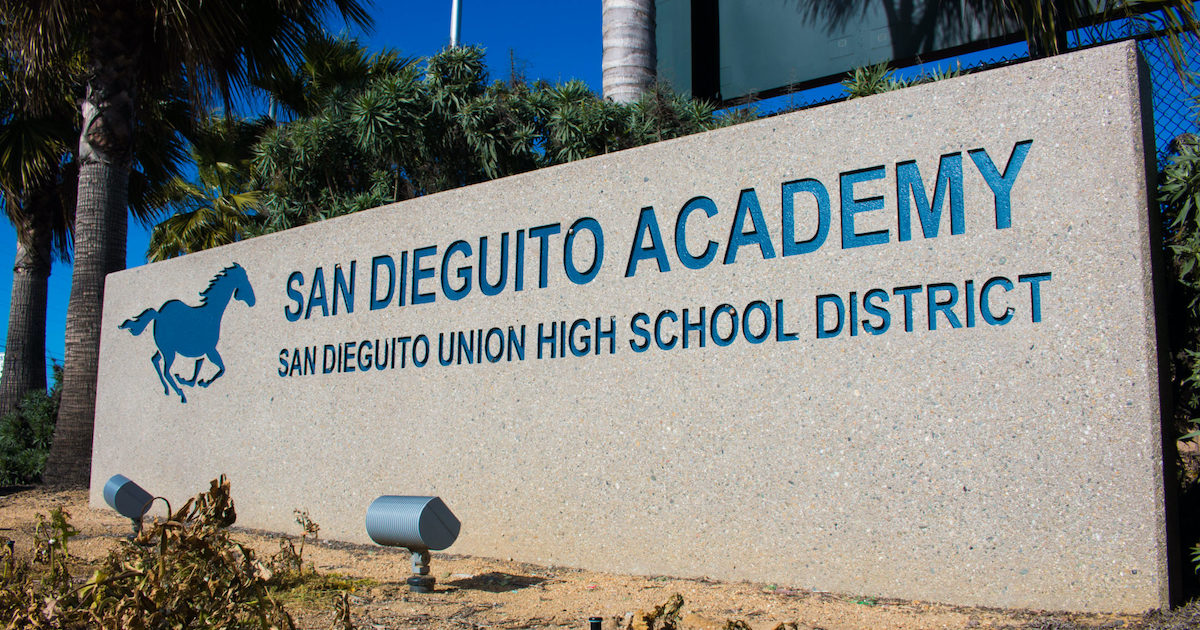 Michael Allman and Ty Humes join T.J. O’Hara, host of Deconstructed, to discuss their experiences serving on the San Dieguito Union High School District’s Board of Trustees. Mr. Allman is an elected Trustee while Mr. Humes was unanimously approved to serve as a provisional appointee to complete the term of a Trustee who had resigned. Within months of the start of their service, both were challenged by the San Dieguito Faculty Association (a.k.a. the Teachers’ Union) – Mr. Allman by recall and Mr. Humes by removal and a call for a special election. It appears that both men had the audacity to cast independent votes that did not align with the Teachers’ Union’s wishes.

While disappointing, their stories are not unique within California school districts. In fact, Mr. Humes was appointed to replace another Trustee who resigned “for personal reasons” after being threatened with a recall by the Teachers’ Union just as Mr. Allman has been. In addition, the Superintendent of Schools resigned during Mr. Humes' first meeting and another elected Trustee is being investigated by the Union to determine whether she meets the district’s residency requirements (after being in office since 2014).

The removal of Mr. Humes was positioned as “procedurally based.” The Teachers’ Union supposedly opposed him because he had not been duly elected by the people even though provisional appointments have been the entire county’s standard operating procedure for years. Mr. Humes describes the vetting process that was taken by the board and the unanimity with which it selected him from among seven candidates. During his brief tenure, he was the first Black member to ever serve on the board of the wealthy and predominantly White school district. He observes the irony of the district’s posting of BLM posters while having no problem with dismissing its first Black Trustee on procedural grounds.

Conversely, Mr. Allman was duly elected by the people. His recall is based on violating the district’s Code of Conduct for purportedly disparaging others during board meetings and on social media. Given a recent decision by the United States Supreme Court about a school district’s right to control speech, one must wonder just how offensive the Teachers’ Union finds Mr. Allman’s selection of words (see MAHANOY AREA SCHOOL DISTRICT v. B. L., a minor, by and through her father, LEVY, ET AL.). Mr. Allman describes what he has said and why he has said it. He also provides evidence of why his voting record may be the real reason for the attempted recall.

The two gentlemen also discuss the “math” issue that hovers in the background. The San Dieguito Union High School District is approximately $14 million in debt. Both men have senior executive experience and think that the district would be best served by pursuing a path of fiscal responsibility. The special election and recall process the Teachers’ Union is pursuing will cost $600,000-$1,000,000+ in funds the district could have applied to teachers’ salaries, student supplies, etc.

In the final segment, Mr. Allman and Mr. Humes share their positions on some of the more critical challenges confronting the district such as the pandemic-related issues (i.e., online vs. in class education; whether masks should be required, etc.). Listen to the discussion and decide whether the best interests of the students and parents are being protected or whether other political interests are carrying the day.

(Note: This program was prerecorded on July 26, 2021.  It references CDC mask guidelines that were in place at the time.  Those guidelines changed on July 27, 2021, and may change again in the future.)