Up Next
...
Amash's Candidacy Underscores Failures of the Two-Party System
Read More 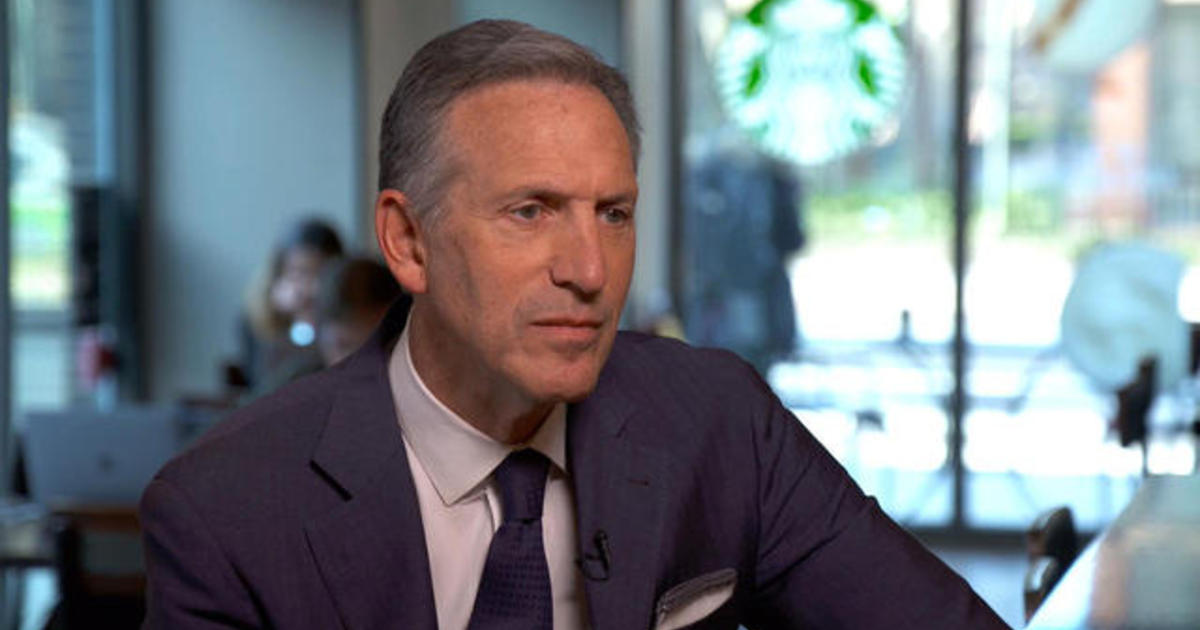 Spoiler Alert: Schultz, the Democrats, and the Independents

There is a dirty word in American politics, worse than “crook,” more terrible than “philanderer,” and more despicable than “liar.” The word is “spoiler.”

A crook, a philanderer, and a liar sully the character of an office, or enrich themselves at the public trough, or violate the public trust. These offenses are punishable, sometimes forgivable. But “spoiler” is the Scarlet Letter. The perpetrator has committed a special crime, one that changes the course of events as they were meant to be. The spoiler brings about a perversion, an unintended consequence, an unnatural outcome.

Or so the Democratic Party would have us believe. After all, if you must defeat Donald Trump to save civilization as we know it, you must preserve, protect and defend…the Democratic Party!  Consequently, the announcement by Howard Schultz, founder of Starbucks, that he is considering a run for President as an independent has brought the Wrath of the Liberal Gods down upon him.

"There is a dirty word in American politics, worse than 'crook,' more terrible than 'philanderer,' and more despicable than 'liar.' The word is 'spoiler.'" - Jackie Salit, President of Independent Voting

Schultz appeared almost three weeks ago on the CBS show 60 Minutes to break the news. Scott Pelley played the part of the incorruptible interviewer unafraid to ask the tough questions, as if Schultz were Vladimir Putin or Bashar Al-Assad.

First question: “Why run as an independent? Your views have always aligned with the Democratic Party.” Second question: “Do you worry that you’re going to siphon votes away from the Democrats and, thereby, ensure that President Trump has a second term?”

While I was agitated at first by Pelley’s line of questioning, I realized that he had hit the nail on the head, because a subplot of the 2020 presidential contest is to question whether the Democratic Party outright owns the opposition to President Trump. Put another way, should the American people be permitted to consider and determine an alternative form of an opposition?

We barely heard the tick-tock of the signature 60 Minutes clock at the end of the segment when Twitter feeds lit up. Professor Larry Sabato, Director of the University of Virginia Center for Politics, and inexplicably the go-to “expert” on all things independent, immediately objected to Schultz’s statement that 40% of the electorate are independents. This statement was a core piece of Schultz’s story. The partisan system is no longer serving the interests of the country. Schultz isn’t the only one who sees the problem. Forty percent of the country does as well.

Naturally, Sabato had to pull the rug out from under all that, tweeting that being an independent is “just a popular cover label for hidden partisans, who are quite loyal to their hidden party.” Sabato then joined the chorus of pundits, pollsters, politicians, and poobahs denouncing Schultz as a spoiler. Perhaps they’d like to throw Schultz in the water and see if he sinks.

Howard Schultz, should he decide to run, will want to prove himself to the 40% and to the independent movement’s leaders, since independents do not automatically vote for anyone, including independents. That’s the point, independent voters want to vote for the person, not the party.

This community of voters has been swinging across the political divide and deciding national elections since 2008 for reasons that the political establishment refuses to take seriously. At the very least, Schultz is taking us seriously.

"The partisan system is no longer serving the interests of the country. Schultz isn’t the only one who sees the problem. Forty percent of the country does as well." - Jackie Salit, President of Independent Voting

Others were quick to condemn the possibility of a Schultz run, including Michael Bloomberg. Having run Mike’s three Independence Party mayoral campaigns, and having helped to spur his efforts to bring nonpartisan political reform to New York City (sadly, we failed), I give him credit for his past independent leadership. Now that he is a Democrat, surrounded by Democratic advisors, I fear he has lost his “independent touch.”

Bloomberg’s polemic against Schultz is based on the “data.” This data “proved” that the White House was unwinnable for an independent in 2016 and, more importantly, that such a scenario would elect Donald Trump. Ergo, Howard should stand down in 2020 because he is a spoiler. Never mind that Trump won the election in 2016 after Mike stood down.

All the “data” in the world might miss the public appetite for an electoral revolt that overwhelms the two-party status quo. We surely need to give that possibility room to breathe.

Political science, polling, and traditional numbers-crunching are sometimes competent at capturing what is, though they missed the 2016 presidential election by a mile. But how shall we measure something that is becoming? And more importantly, how do we disrupters navigate through a system that is structured to crush the possibility that something in the process of becoming can be actualized?

America’s troubles did not begin when Donald Trump made his way to the White House -- far from it. Steve Schmidt, the sharp-tongued human steamroller political consultant who is now advising Schultz, offered a blistering critique of the Liberal Establishment’s attacks on Schultz: “Are we fated into perpetuity to be in this cycle of revenge politics, of self-interest…or can we do something better?”

All the 'data' in the world might miss the public appetite for an electoral revolt that overwhelms the two-party status quo."

Schmidt asks good questions, but doesn’t go far enough. For the immediate hysteria of the Democratic Party opinion makers has an identifiable cause. The party is mired in its own internal battles — left vs. center, Old Guard vs. Young Turks, black and brown vs. white, female vs. male, the proponents of supertaxing the superrich vs. the fiscal moderates.

These factions will compete for the nomination, a competition that will run through the all-important early fundraising, the primary debates, the primaries and caucuses, and the delegated convention in July. In order to mend ideological fences, bring the party back together, and mount a fierce general election campaign, the Democratic leadership must promote the idea that anything and everything must be sacrificed and back-burnered to drive Donald Trump from office.

Thus, the “spoiler” argument must be weaponized early and without reserve.

The fact is that no one knows what the outcome of a three-way or four-way race for the Presidency in 2020 might produce. This is an unprecedented environment, and yes, independent voters are very much in play.

Right now, Independent Voting is pressing the parties, particularly the Democratic Party, to guarantee that all its presidential primaries will be open to non-aligned voters. Should they accede to that, it could open not just the parties’ primaries, which denied access to over 25 million independents in 2016, but a process for negotiating a potential Independent/Democrat political coalition for 2020.

For now, Howard Schultz is doing the country a great service, whether he planned to or not.  He is forcing a public conversation about the 2020 presidential process, about the 40% of Americans who are independents, and about the authoritarian self-interest of the Democratic Party. That’s a good start.

Read: "A Brief Recap of Some Spoiler Controversies"  w/ historical news footage from prior independent campaigns.