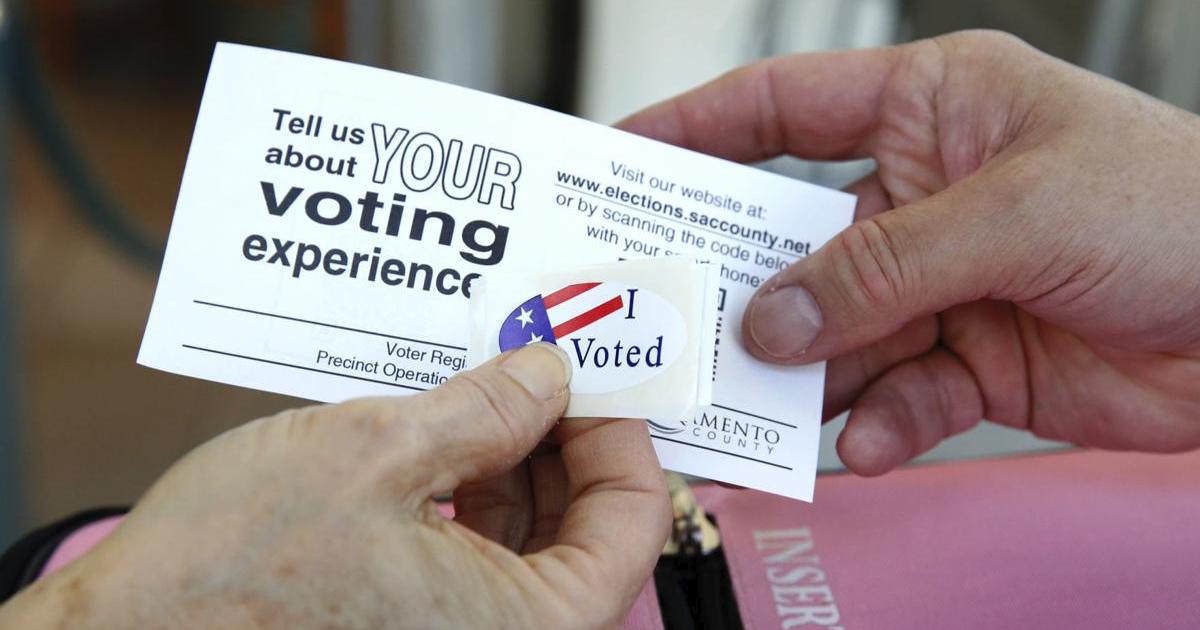 Despite record-high turnout in last year's general election, a new report found that a majority of congressional elections in 2020 were determined by only a small number of voters due to the widely used partisan primary system.

Unite America, which released "The Primary Problem" on Tuesday, found that just 10 percent of voters cast ballots in primaries that ultimately decided the winners of 83 percent of House seats. These "safe" seats are in districts that are reliably retained by the same party in nearly every election, so the real competition is not in the general election but in the primary.

The resulting problem, the report concludes, is high re-election rates for members of Congress, even though most voters don't feel adequately represented by their elected officials or approve of the job they are doing. Unite America's solution: Adopt open and nonpartisan primaries.

In most states, primaries are closed so only registered Democrats or Republicans can vote for which of their party's candidates they want to advance to the general election. This not only leaves out millions of minority party or unaffiliated voters, but it also leads to more polarizing politics.

Candidates in those districts tend to fall more on the extreme ends of the political spectrum in order to have a better chance at winning a partisan primary. Therefore, districts are pushed further into uncompetitive territory when it comes time for general elections.

Last year, in 151 of the 361 congressional districts considered "safe," candidates for the dominant party ran unopposed in the primary. In the remaining 210 "safe" districts, voters in the non-dominant party "effectively had no voice in choosing their representative," per the report.

Unite America, which is a financial supporter of The Fulcrum, says more states adopting nonpartisan primaries will help solve the country's twin issues of dysfunction and polarization.

Nonpartisan primaries are designed to serve the voters, the report says. "They can give every citizen an equal voice, produce more representative outcomes, and improve governing incentives by ensuring our elected leaders are accountable to a broader swath of the electorate."

The most recent state to adopt such a system is Alaska. In last year's election, voters approved a nonpartisan top-four primary system that also uses ranked-choice voting. Starting in 2022, voters will rank their top candidates, with the four who receive the most support advancing to the general, regardless of party. California, Nebraska, Louisiana and Washington also use nonpartisan systems in which all candidates appear on the same primary ballot.

But most of the country uses some form of a partisan primary system. Nine states have closed primaries in which voters must be a registered Democrat or Republican and all other voters are excluded from participating, according to the National Conference of State Legislatures.

In 15 states, unaffiliated voters can participate in primaries, but the contests are still closed to cross-party voting. Six states allow voters to cross party lines in a primary, but they must publicly declare they are doing so. And the remaining 20 states are considered to have open primaries that either have all candidates listed on one ballot or allow voters to privately choose which party's ballot to vote.

There has been recent movement in Wisconsin to change the state's primary system to a nonpartisan one. Last week, a bipartisan group of state lawmakers introduced a bill to adopt "final-five voting." Under this system, there would be a single ballot for all primary candidates and the five who receive the most votes would advance to the general election. Then, voters would rank candidates in order of preference to determine the winner.

Democracy Found Executive Director Sara Eskrich, whose organization advocates for final-five voting in Wisconsin, said she's seen a lot of interest in this reform from voters and legislators alike because they recognize there is a systemic problem and the nonpartisan solution benefits everyone.

"Until major systemic reform is undertaken, it is likely incumbents will continue to change their behavior to avoid being primaried, rarely lose to more moderate challengers, and continue to put the interest of their narrow primary electorates over the public interest," the report concludes.