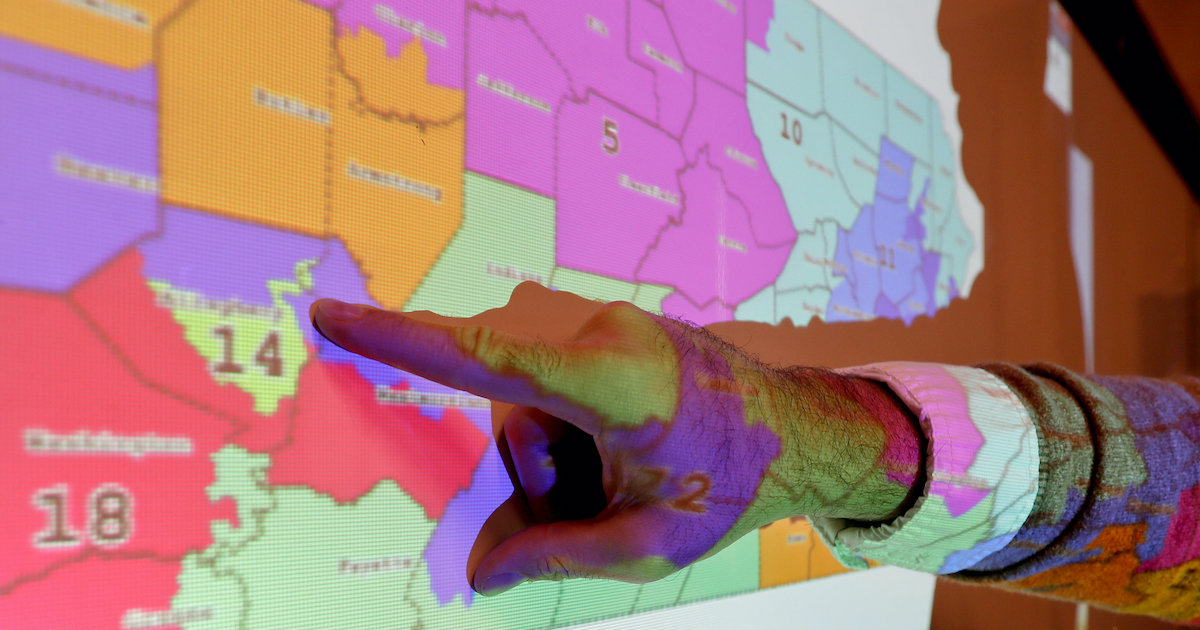 Report: 70% of America Under Severe Risk of Partisan Gerrymandering

As states prepare to redraw their election maps later this year, democracy reform advocates are raising the alarm once more about the severe threat of gerrymandering facing a vast majority of the country.

The Gerrymandering Threat Index, released Monday by RepresentUs, identifies 35 states — with a collective population of more than 188 million people — at extreme or high risk of partisan gerrymandering this cycle. These are red and blue states, ranging in population from Texas to Wyoming.

While some states enacted redistricting reforms over the last decade, politicians still have control over the mapmaking process in most states. Republicans will have the advantage in 21 states, Democrats will lead the redrawing in nine and another nine will have a divided government in charge.

In its 160-page report, RepresentUs assessed the threat of gerrymandering in all 50 states using five key questions:

Based on the answers to each question, RepresentUs marked whether the state was at a low, moderate or high risk of gerrymandering. If the answer to one or more of these questions was "yes," that indicated the state is at an elevated risk of partisan gerrymandering. These five ratings were then used to calculate a state's overall risk assessment.

RepresentUs found that the threat of gerrymandering was extreme in 27 states, high in eight states, moderate in two states, lower in six states and minimal in seven states. Of the states at extreme risk, 10 received the worst rating for all five questions. Only California was labeled a low-risk state across the board.

The country-wide solution to this pervasive problem, the report says, is Congress passing the For the People Act, more commonly known as HR 1. The sweeping reform legislation includes a provision requiring states to use independent redistricting commissions for their congressional maps, if they don't already have one in place.

Under HR 1, the states now considered at extreme risk would move to the low-risk category — all but ending partisan gerrymandering, the report says.

"This report makes it clear that gerrymandering is a national crisis that needs an urgent and bold solution. Politicians are already preparing to pick their voters during this year's redistricting. But with the For the People Act, Congress has a chance to stop them before they get started," said Josh Silver, CEO and co-founder of RepresentUs.

While House Democrats already passed HR 1 in March, the bill's fate in the 50-50 Senate is not as optimistic. With the filibuster still intact, it's unlikely the reform package will receive enough votes to pass.