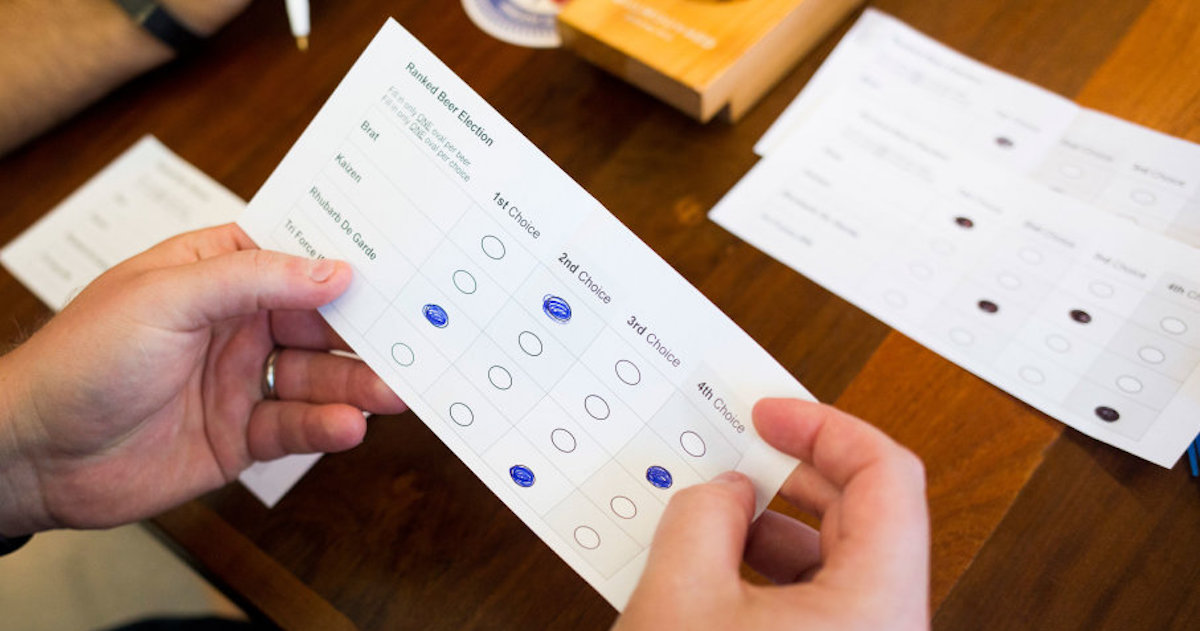 5 million New Yorkers are set to vote on the measure, which if passed, voters will be able to rank up to 5 candidates in primary and special elections for Mayor, Public Advocate, Comptroller, Borough President, and City Council beginning in January 2021.

Critics say there are many pros to a ranked choice voting system rather than a “first-past-the-post” or “winner takes all” system, where voters simply indicate the candidate of their choice and the candidate who receives the most votes wins.

Some of the benefits of RCV include:

An important point that’s going uncovered in the media is the fact that the Big Apple has a closed primary system for all elections. This means that people may only vote in a party’s primary election if they are registered members of that party prior to election day. If RCV passes, registered Democrats will rank Democratic candidates and registered Republicans will rank Republican candidates. Primary elections often see significantly lower turnout but are a crucial part of the election as they determine which final candidates will move on to the general election.

While New York City’s measure for Top-5 Ranked Choice Voting has some capabilities for producing more independent-minded party candidates, the measure fails to open up competition to third parties and independents. There is nothing written in the measure for ranking all candidates regardless of party affiliation or for those who do not want to be registered with a party. In the end, this means that nonpartisan voters have absolutely no say in which candidates advance to the general election.

Some reform advocates argue that despite the city’s closed primary, using Ranked Choice Voting even if just for the closed primary, helps move the needle in the right direction. Mainstream news organizations such as the New York Times and the Guardian have been reporting on the story with nuanced opinions that further elevate the conversation and bring up the question of extending RCV into the presidential primaries and general election as Maine has recently done.

Other reform advocates may argue that RCV in a closed primary system does little to increase political competition outside of the two parties, where it is needed most. Candidates of the two major parties will still be campaigning to their general bases, with the comforting thought that at the end of a long day at the polls, it will still be registered party members deciding their fates.

It does raise the question: Will RCV really make a significant difference in how New York City politicians campaign if they still only have to appeal to voters of just their particular party?