The Extra Point
Up Next
...
National Reformers Spotlight 9 Efforts to Give All Voters an Equal Vote in Elections
Read More 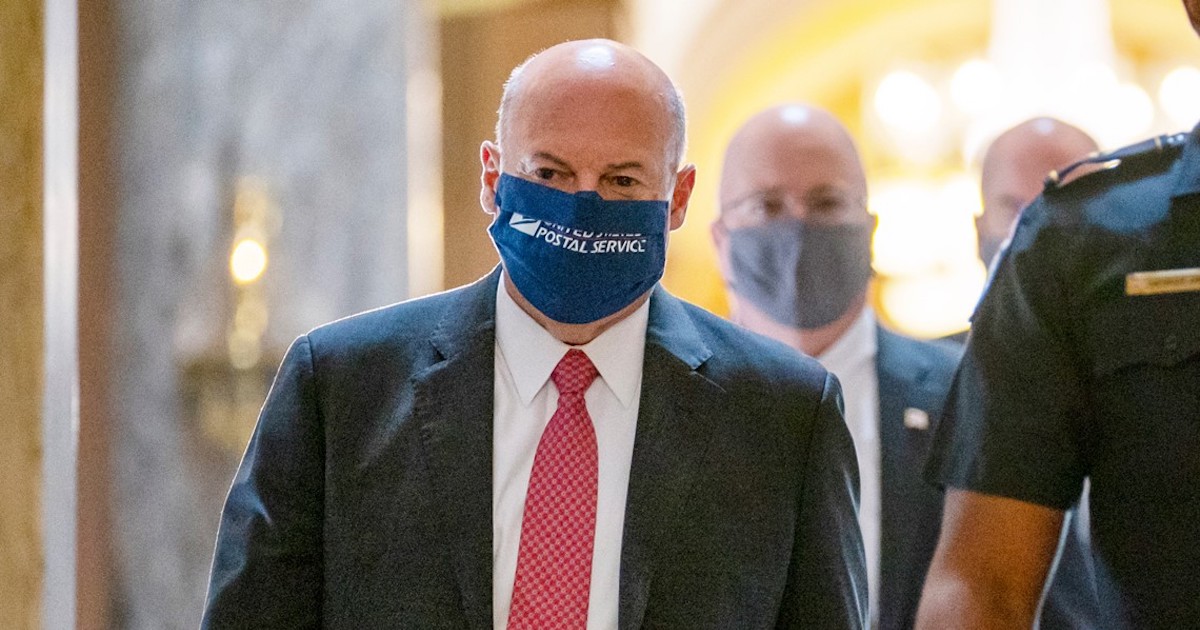 Postmaster General Louis DeJoy said Tuesday he would "suspend" all recent operational changes and cost-cutting moves until after the election in order to "avoid even the appearance of any impact on election mail."

The announcement was an emphatic and sudden abandonment of one of the most controversial governmental actions during a presidential campaign transformed by the coronavirus pandemic.

Good-government groups and congressional Democrats allege that DeJoy has been working to undermine the Postal Service ahead of an election that will see a record number of mail-in ballots — a phenomenon his political patron, President Trump, alleges without evidence will assure the theft of his re-election.

The House is poised to return to session this weekend to pass legislation shoring up the USPS and reversing much of what its new director had ordered. DeJoy, a major GOP donor installed in the job in June, had been called to explain the reasoning for his cost-cutting moves at a Senate hearing Friday and a House hearing Monday.

The postmaster's announcement came as the Democratic attorneys general of at least 20 states announced they were preparing to launch a bevvy of lawsuits to atop the recent changes.

Last month the USPS warned 46 states that it cannot ensure mail ballots will be delivered to voters or returned for counting on time. In an afternoon statement, DeJoy did not say precisely whether the service policies he was suspending would prompt the agency to reverse that view.

He said some of the changes preceded his arrival at the Postal Service. He also promised mail processing equipment and blue collection boxes will remain where they are, no mail processing facilities will be closed and some overtime for workers will be allowed to process election mail.

Demonstrations against Postal Service cuts were being held Tuesday in several cities — and Republican leaders in several swing states, including Ohio, started pressing DeJoy to do whatever he could to ensure the mails were not blamed for an incomplete or unfair election.

The crisis at the Postal Service has erupted as a major election year issue, and allegations Trump was out to sabotage USPS to boost his prospects were leveled in several speeches on the first night of the entirely virtual Democratic presidential nominating convention.

At the White House, Trump leveled fresh assaults on mail-in voting and universal ballots. "You can't have millions and millions of ballots sent all over the place, sent to people that are dead, sent to dogs, cats, sent everywhere," he told reporters. "This isn't games and you have to get it right."

After sounding open to a deal last weekend, Trump has now gone back to his original position and repudiated the need to deliver $25 billion in emergency aid to keep the Postal Service running normally this fall and beyond — as well as a Democratic proposal to provide $3.6 billion in additional money to the states, most of which would help them process mail-in ballots flowing in at double or more the usual volume.

The House is still expected to vote Saturday on legislation that would prohibit the post office from cutting operations or service levels below where they were on Jan. 1. The bill would also allocate the $25 billion.

GOP Majority Leader Mitch McConnell has sent senators home until after Labor Day and signaled they will not be recalled to vote on the House bill, saying the Postal Service "is going to be just fine."