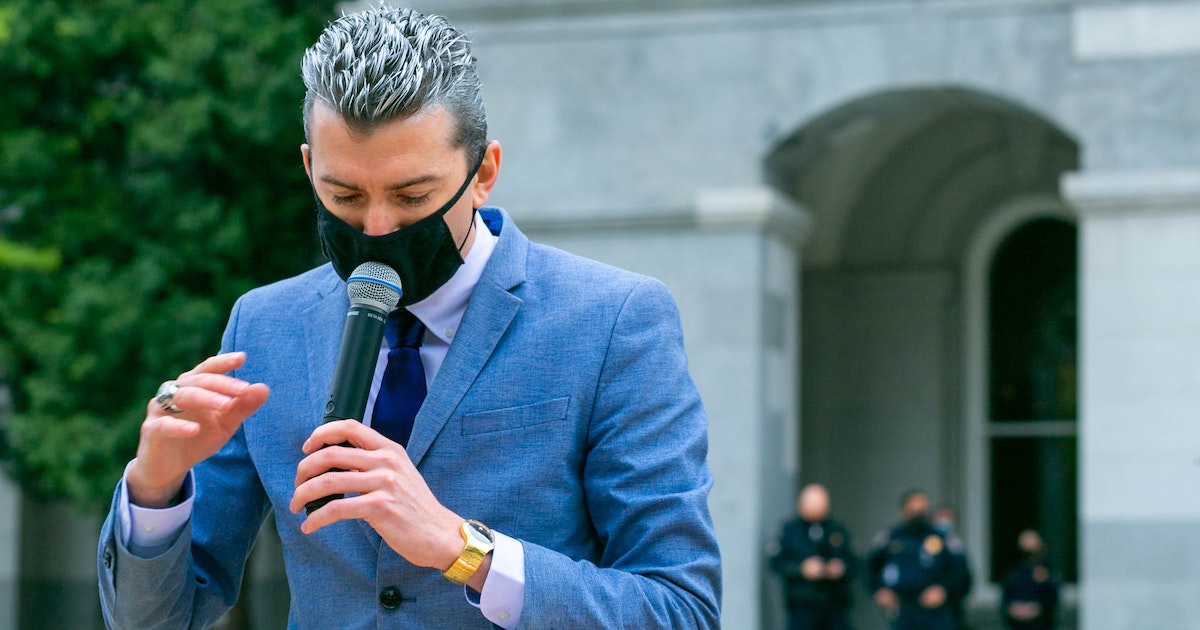 Polls Point to Problems for Gavin Newsom in Recall Election

A new poll on the recall election that could oust California Governor Gavin Newsom from office shows the state electorate is now evenly split on his fate. With the September election quickly approaching, this could spell disaster for Newsom.

The latest Emerson College - Nexstar poll shows that 46% of California voters surveyed support the recall vote, while 48% said they were opposed to it. According to the poll, 80% of Republicans say they support the vote, along with 54% of independents.

A Berkeley IGS Poll released on July 27 also found the race to be tightening. According to its data, 36% of registered voters said they would vote for recall if the election were held now, while 51% said they would vote "No." However, among voters identified as most likely to vote, the gap between support and opposition narrows to 47% and 50%, respectively.

This puts Newsom in a tough spot because he is within the margin of error. If either polling is an accurate reflection of voters in the state, whether or not Newsom keeps his job will depend on who has the most enthusiasm and drive to vote in a special election in September in an odd-numbered year.

Is there enough enthusiasm and drive among Democrats and other Newsom supporters to keep him in office? Or, will it be outweighed by Republicans who overwhelmingly want him removed? And, will independents tip the scale?

Any poll conducted is merely a snapshot of a specific moment. However, Mark DiCamillo, Director of the Berkeley IGS Poll, says “if current levels of interest and voting intentions persist, turnout is likely to be far higher among Republicans than Democrats and No Party Preference voters.”

“And, since nearly all Republicans favor Newsom’s ouster, a larger proportion of likely voters are voting Yes.”

This is an opportunity for Republicans to remove Newsom and get a candidate from their own party in the governorship. So, the high level of drive to vote in this election is obvious. However, whether or not someone supports the recall, there is a troubling outcome that is likely if a majority of voters vote "Yes": The person who replaces Newsom will have nowhere near majority support among voters due to vote splitting.

Both the Emerson-Nextar Poll and the Berkeley IGS Poll found that with only a month left in campaigning 40% of voters are undecided on who they would want to be the next governor of California should Newsom be recalled. Both polls show talk radio host Larry Elder leading the field of candidates with around a fifth of support among voters surveyed (23% in Emerson and 18% in Berkeley).

With so many Republicans and candidates running as Republican in the race, the voters who decide who wins should the recall succeed will be voters outside the Republican Party and the people who voted against the recall. This means not only is the race to replace Newsom highly competitive, it is difficult to predict.

It is baffling, however, to imagine that someone could be elected to hold the highest political office in one of the world’s largest economies with 20, 25, or maybe 30 percent of the vote. This is a real possibility, especially with the question of whether or not to remove Newsom now being so tight.

It is also important to stress that the turnout in the recall election will likely not look like turnout in a typical gubernatorial race. There is a higher level of complacency among voters in general during odd-numbered years, and the election is being held on September 14, which is unusual timing. It is possible many voters still don’t know when the election is scheduled.

As a result, the recall election could end up creating a political quagmire in the Golden State.