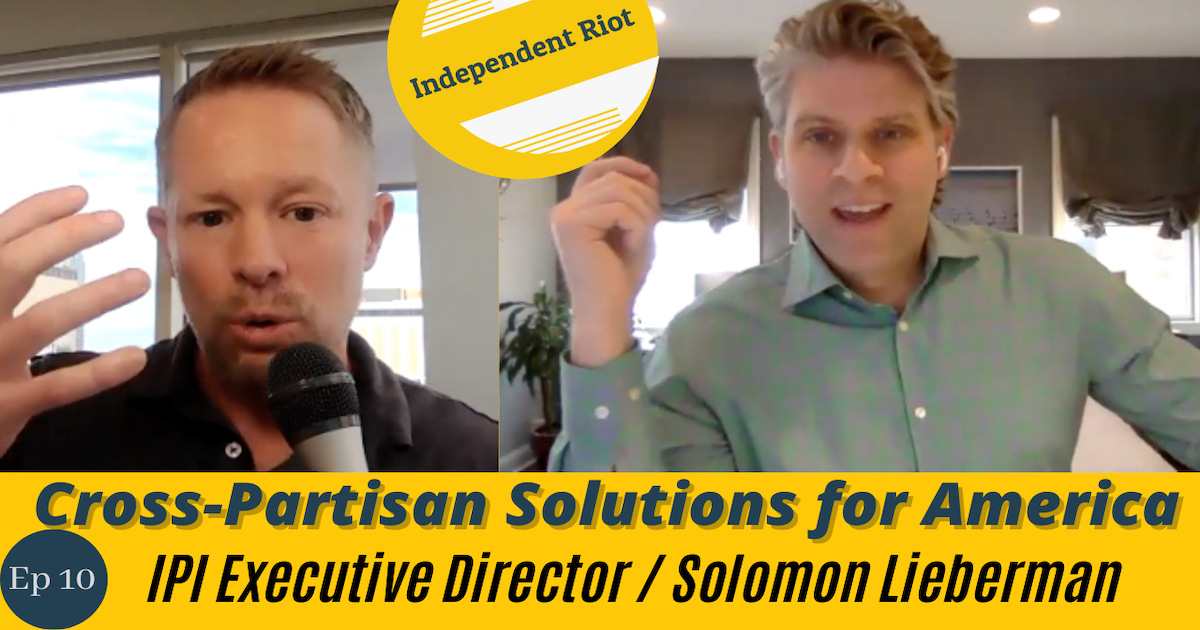 Today’s episode is all about solutions. We talk with Executive Director of the Institute of Political Innovation (IPI), Solomon Lieberman, about what cross-partisan “politics industry theory” reform is, and how it can help us move into a better era of American politics.

“Politics industry theory” was first formulated by Katherine Gehl and Michael Porter while they were attempting to pinpoint objective, unbiased reasons why American government was failing. What they found was that our political duopoly (the Republicans and Democrats together) has slowly removed legitimate competition from their industry. The Institute for Political Innovation was then formed in order to help organize and empower reformers from both sides of the political isle to return competency and accountability to government through true competition.

Some of the “powerful and achievable” ideas discussed in this episode that IPI is fighting for are implementing Final Five Voting and Ranked Choice Voting. Solomon and Jim also talk about things like the problems of politicians being primaried, plurality voting, polarization and party-line voting in Congress, the Hastert Rule, lesser-of-two-evils elections, and the dual currency of politics, votes vs. money. Listen in to change your perspective on politics, and find positive ways to get involved.