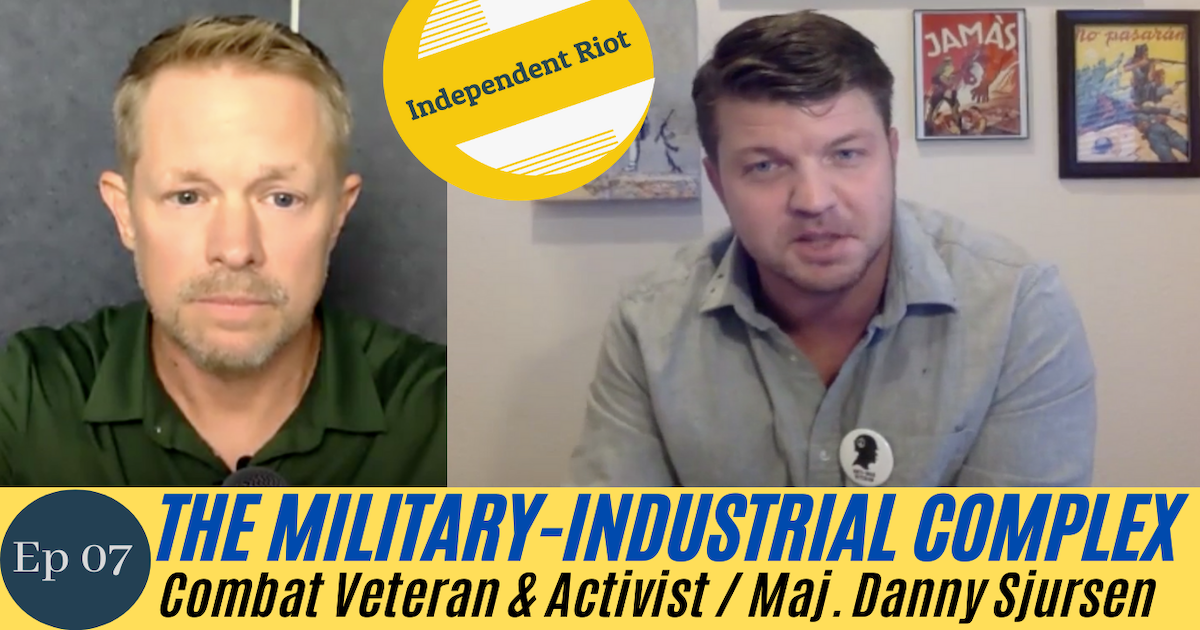 Patriotism vs the Military-Industrial Complex (With Maj. Danny Sjursen)

This is a fascinating discussion with Maj. Danny Sjursen on what the concept of patriotism should ideally be, as well as a deep dive explanation on what the military-industrial complex is. Maj. Sjursen is a combat veteran of Iraq and Afghanistan, a West Point military-historian, author, speaker, and now prominent anti-war activist. He talks about his experiences in Iraq and his new book "Patriotic Dissent," which re-examines what the concept of patriotism should be in a modern America of never-ending warfare.