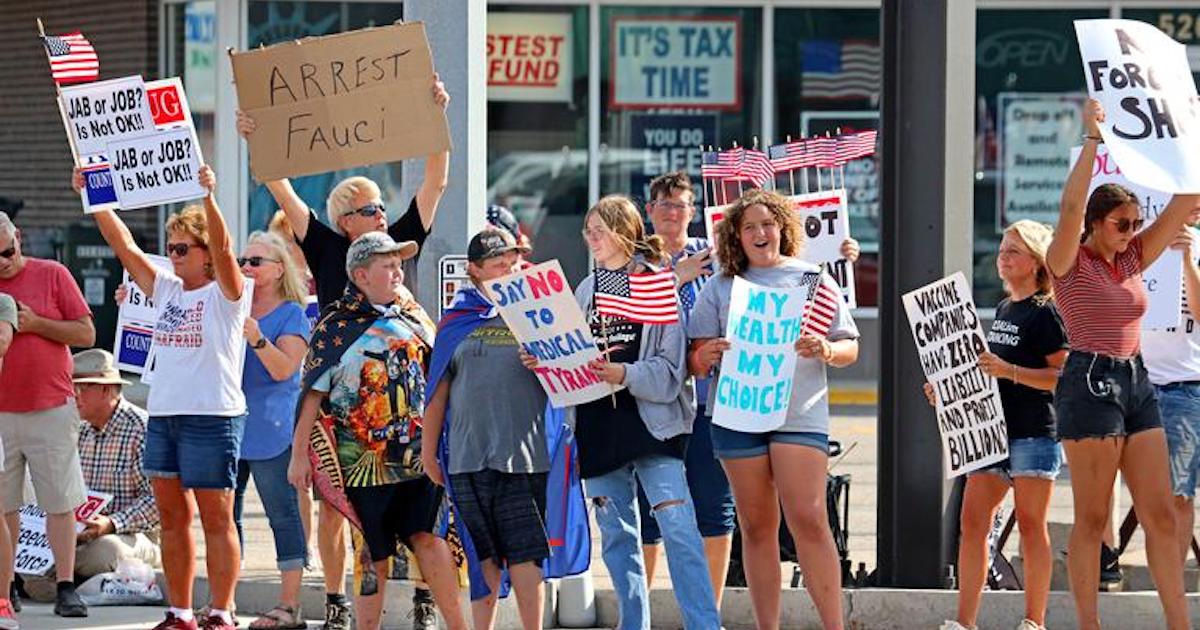 Patriotism and Freedom: The Two Most Misused Terms In US Politics

Two of the most frequently used words in right-wing America, “freedom” and “Constitution,” are also among the most misused. Many American conservatives believe the “Constitution” gives them the “freedom” to do just about anything they like. They are free to own guns and carry them openly, free to refuse to be vaccinated, free to refuse to wear masks in public places, free to refuse to accept the results of a free and fair election, and, to some, even free to invade government buildings and threaten those who work there with violence or death. Combining the two, these conservatives are convinced that anyone who asserts such “freedom” in the name of the “Constitution” is a “patriot.”

From a moral or philosophical perspective, there are any number of flaws in this argument. The first and most obvious is that absolute freedom for everyone is impossible. Almost by definition, absolute freedom for some means diminished freedom for others. If, for example, potentially Covid-infected people are free to refuse vaccinations or mask mandates and swarm into schools or other public places, those who fear contracting the disease have their freedom of movement limited. And so, the “personal freedom” currently extolled by, among others, Governors Abbott and DeSantis, is merely the freedom for their supporters to curtail the freedom of others, although it is never expressed in those terms.

As the pandemic worsened and the disastrous impact of the “personal freedom” argument became apparent, some conservatives began to chuck in the phrase “personal responsibility,” as if merely asking people to behave with consideration toward others would cause them to abandon their ideals and give in to what they see as tyranny.  Predictably, the requests rang hollow and it soon became apparent that “personal responsibility” was to be soundly rejected as a restraining factor in these patriots’ behavior. Even that paragon of personal freedom (for himself), Donald Trump was booed for urging his erstwhile supporters to be vaccinated.

The question remains, however, whether the Constitution guarantees, or even suggests, the sort of freedom being touted by conservatives—whether “We the People,” is actually “We the People…Not You.”

The answer is a resounding no.  One need only to read the preamble to recognize that forming “a more perfect Union” and securing “the Blessings of Liberty to ourselves and our Posterity” includes promoting “the general Welfare.” The power to determine “general welfare” and enforce provisions in that interest—what is referred to in legal circles as “police power”—is clearly reserved to the government formed from that Constitution. While there are some areas in which police power is delegated to the states, state action cannot be extended to threaten the welfare of the nation as a whole. To buttress that notion, a multitude of Supreme Court decisions interpreting the Constitution make it clear that there can be no freedom without responsibility, and that government is obligated to impose such responsibility when some of “the people” do not meet that standard voluntarily.

For example, freedom of speech, a favorite topic for conservatives these days, has been judged to be in no way absolute. The most famous prohibition forbids yelling fire in a crowded theater, a phrase coined by Justice Oliver Wendell Holmes in 1919 in United States v. Schenck. A more telling decision, however, was rendered by a unanimous Court in 1942 in Chaplinsky v. New Hampshire, where the justices ruled that “fighting words” which “by their very utterance inflict injury or tend to incite an immediate breach of the peace,” were not protected by the First Amendment. Although Chaplinsky still stands, what constitutes “fighting words,” has remained a subject for conjecture ever since.  Still, the message that free speech must be accompanied by a degree of civic responsibility remains a part of American law.

Another example can be found in Antonin Scalia’s controversial decision in District of Columbia v. Heller. Conservatives hailed the decision as establishing their unfettered right to own firearms, which they were convinced was embodied in the Second Amendment. The most important gun rights decision before Heller was United States v. Miller in 1939. There the Court ruled unanimously that Jack Miller, a bank robber on the run after squealing on his compatriots, did not have the right to transport a sawed-off shotgun across state lines in violation of the National Firearms Act, because his weapon had no possible military purpose and therefore would not be used in a “well regulated militia.” (Miller was not around to lament his loss. He was found murdered before the decision was rendered.)

In Heller, Justice Scalia, speaking for a 5-4 court, cast Miller and the militia requirement aside and struck down a District of Columbia ordinance that required all firearms including rifles and shotguns be kept “unloaded and disassembled or bound by a trigger lock,” even in an individual’s home. For the first time, the Court found that the right to keep and bear arms applied to private individuals. The decision was excoriated by dissenters, who claimed (correctly) that the Second Amendment was intended to address the need for common defense in a nation that could not afford a standing army. Conservatives, of course, hailed the decision as an expression of personal freedom.

But what those freedom-loving conservatives generally fail to mention is the limitations Scalia put on a right they view as unconditional. “Like most rights,” Scalia wrote, “the right secured by the Second Amendment is not unlimited. From Blackstone through the 19th-century cases, commentators and courts routinely explained that the right was not a right to keep and carry any weapon whatsoever in any manner whatsoever and for whatever purpose.” As a result, although Congress has lacked the will to do so, any number of laws limiting the sale or use of firearms would not infringe on the Heller decision.

Although there is no absolute yardstick to be sure, to create a free society, individual freedom must always be subject to limitations, one of which is that no person can have the right to put another person in danger. Patriotism then is not the demand for unbridled individual freedom at the expense of others, but the willingness to give up a degree of individual freedom for the good of others.

We would be a much stronger nation if both our leaders and our citizenry grasped that basic truth.