Up Next
...
Covid-19: Nothing's Deadlier Than Not Acting Now
Read More 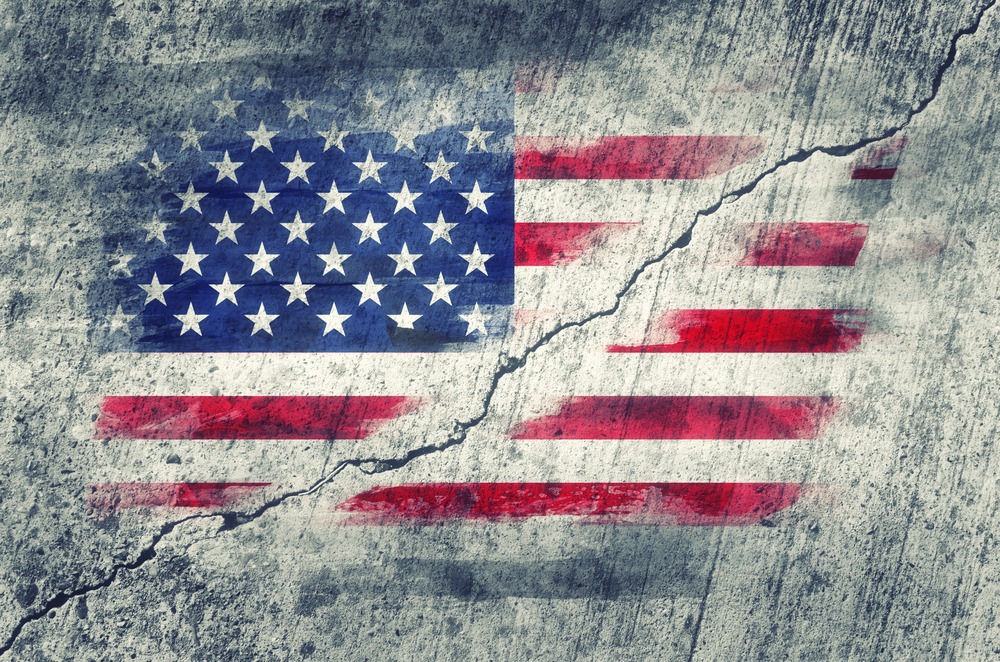 OPINION: Unity is for Losers, and the Party Out of Power Doesn’t Want It

As another government shutdown loomed over the border wall, many people wondered if the newfound calls for unity in President Trump's State of the Union message had the potential for any bipartisan cooperation. Though Congress managed to pass a bill to avoid the shutdown, short-term results look distinctly unsatisfying.

Trump signed a border compromise bill that fell far short of his goals for funding and then declared a controversial national emergency to continue what Congress wouldn't support.

It’s not surprising that Democrats and pundits would doubt President Trump’s authenticity when he makes overtures about working together and singing Kumbaya; after all, he built his political career largely on ridiculing his opponents and only recently has softened his rhetoric, no doubt due largely to necessity. When the Democrats regained control of the House of Representatives, the president’s ability to push through his agenda took a hit.

In his State of the Union speech, he called on the country to “reject the politics of revenge, resistance, and retribution, and embrace the boundless potential of cooperation, compromise, and the common good.”

For Democrats who complained that the GOP did nothing but obstruct President Obama for 6 years, such a plea surely generates mixed feelings, especially coming from someone whose campaign was filled with personal insults and even as president, hasn’t altered course nor shown accuracy in his statements to be a priority.

Still, embracing such a challenge would surely allow Democrats to get some of what they want and make themselves look good in the process, right? There’s been precious little of that at the federal level since Bill Clinton, and with President Trump, opposition isn’t just about policy...it’s about him.

While the SOTU is an opportunity to talk about challenges we face and how to address them, it would be surprising to hear any president talk about how the country is struggling or only doing...just okay. And no one would expect to hear Donald Trump omit a generous helping of self-congratulation. Still, cynicism seems to be at an all-time high and at least some out there don’t want any open minds.

It’s perfectly fine to be skeptical of any politician’s sincerity, much less Trump’s, but it's curious to ignore the possibility that even he understands “winning” now requires enrolling some who not only disagree with you, but intensely dislike you.

Beyond rainbows and unicorns, the SOTU speech contained plenty of things that any Democrat would presumably be enthusiastically support:

Based on Stacy Abrams' response, one might hope opportunity knocks:

“For seven years, I led the Democratic Party in the Georgia House of Representatives. I didn't always agree with the Republican speaker or governor, but I understood that our constituents didn't care about our political parties. They cared about their lives.”

Former Republican Senator Rick Santorum told a CNN panel that “if you look at the concrete proposals he put forward, there’s not a lot of “conservative;” there’s a lot of outreach to Nancy Pelosi.”

So let’s get together, yeah yeah yeah?

My advice: don’t get your hopes up. Then again, many people don’t want that anyway. Continued gridlock provides the opportunity to insist the other guy is only in it for political and personal gain. Unity is for losers.

At least one critic on the right felt similarly, albeit for different reasons: Ann Coulter, who called Trump a “shallow, lazy ignoramus,” a few months ago, added “incompetent” and a “lunatic” after the speech.

But as evidence of a philosophy that seems to indicate working together is to be avoided, we saw the real response to the SOTU starting before it was delivered.

In the event that Trump might be offering a conciliatory, positive or objectively good speech, Senate Minority Leader Chuck Schumer delivered a preemptive strike. He went out of his way to offer a slew of specific and global condemnations of the Trump administration, presumably to ensure that no matter what the president said and what proposals might follow, continued partisan rancor and opposition is justified.

And he was hardly alone. Greg Sargent of the Washington Post offered, “Trump will call for ‘unity’ tonight. It’s a scam, and here’s the proof.”

Or there was Paul Waldman’s take:

“...like all of Trump’s speeches and pretty much everything he says, it will almost certainly be intended to create and maintain division.”

Not that there wasn’t anything for them to dispute: there is still plenty of disagreement on immigration, abortion policy, and Trump’s overall tone, which was certainly tempered during this speech.

"It has long been said that elections have consequences and one of them appears to be bitter, angry, and vindictive people." - Craig Berlin, Independent Author

However, reasonable people might argue that even if you can’t take Trump at his word, you can hold him to it. By doing so, there would seem to be a list of important and mutually agreeable goals to pursue.

While a few Democrats admitted hearing things they like while offering limited praise without more details, Van Jones was less kind. He referred to the address as a “psychotically incoherent speech mixing cookies with dog poop."

“Had this speech been the tenor of his inaugural address or SOTU last year, Trump might enjoy wider public support today. But tonight’s appeals beyond his base come too late. Millions of Americans have made up their minds that he is not fit to be president. “

Which may mean for some, a broken clock is never right.

And that also means while one side may win or lose, the American people are almost always going to get the short end of the stick because the polarized clans do not represent them.

For the Democrats, kowtowing to Trump even on issues they might otherwise agree with will hand him a victory they dare not grant him, lest it destroy the narrative that our democracy is in jeopardy and worse, benefit him and other Republicans in the next election.

It has long been said that elections have consequences and one of them appears to be bitter, angry, and vindictive people.

The GOP understandably didn’t care much for Barack Obama’s agenda and unfortunately, some of the criticism was often hyperbolic and too personal. One would have hoped things would change during this administration, yet they’ve only gotten worse.

How that will manifest itself as the Democratic presidential contenders split the party into factions should prove interesting, but make no mistake -- they’ll all come together when the survivors emerge and once again, it will be “us vs. them” without much consideration for all of you.

In our polarized and partisan political landscape my views are hard to categorize. I most closely resemble a libertarian-leaning independent combining classical liberalism with a shot of pragmatism.