Up Next
...
I Voted For Trump; Now I Support Tulsi Gabbard
Read More 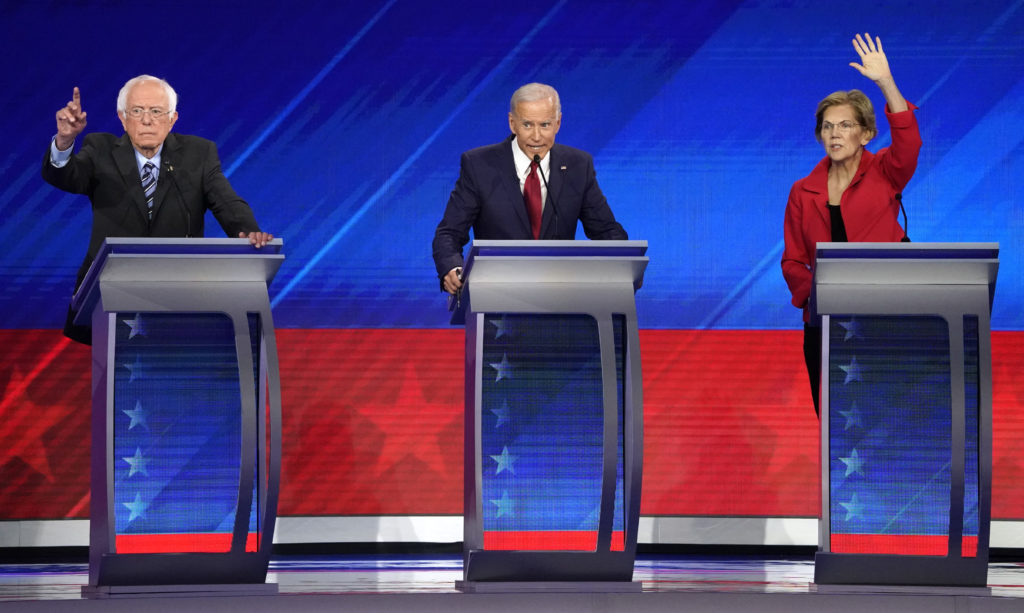 OPINION: Democrats Are Killing Their Chances With Independent Voters

A recent L.A. Times Op Ed tucked under the Times’ Politics vertical suggests that an L.A. Times poll indicates that, “Democrats are missing an opportunity to brand Trump as too conservative.”

Why’s that, according to David Lautner, the Times’ Washington Bureau Chief?

Because the poll finds that most Americans, including Independent voters and even Democratic voters, view President Donald Trump as a rather moderate president. (Interestingly it is only Republicans voters who consider Trump conservative, via the results of this survey.)

Meanwhile, Lautner sees some ways to brand Trump as too conservative to be reelected president in 2020:

“But in office, Trump has aligned himself firmly with his party’s right wing. His acting chief of staff, Mick Mulvaney, was a leading tea party member of Congress, one of numerous top officials who would have been deemed too conservative for past Republican administrations. Trump has pursued efforts to repeal and undermine the Affordable Care Act, toed the National Rifle Assn. line on guns and reversed a host of environmental rules, some of which were first adopted under the George H.W. and George W. Bush administrations.”

Think about how perverse Lautner’s line of reasoning is. If Independent voters and Democrats view Donald Trump as relatively moderate, then he reasons the Democrats must not be doing a good enough job of convincing the electorate that he’s really too conservative. This is typical of the optics-obsessed political and journalistic establishment of our day that believes it can influence and control the way voters perceive political and social realities, rather than actually listening to the voters and taking their worldview seriously.

It’s this mistaken belief -- hopelessly antiquated in the Information Era and the era of the discerning consumer and voter -- in the power of manipulation, that blindsided the political and media establishment with the spectacularly surprising ascension of Trump to the White House in 2016. And it seems politicos still have not learned their lesson. What makes this L.A. Times piece all the more gruesome is how weak a case it makes to bolster this image of Donald Trump as some sort of far-right conservative in the paragraph quoted above.

The case for “too conservative” Lautner makes is a rather paltry smattering of policy trifles that reveal the journalistic establishment’s own miscalibrated sense of the liberal-to-conservative spectrum. Even in saying that Mick Mulvaney “would have been deemed” too conservative, the author reverts to the flimsy line of optics-as-reality thinking. Would he have? By whom and how many people? And would they have been right in so deeming, or would it have been partisan bluster from party and media operatives out of touch with most moderate and independent voters?

Did opposing federal gun control policies and “ObamaCare” really make Mulvaney too conservative for most Americans? Then why did Republicans gain 63 seats in the U.S. House (the largest swing to either party since 1948), and 7 seats in the U.S. Senate in the 2010 midterms, the year Mulvaney was first elected to Congress? Maybe because in reality gun control and the Affordable Care Act were too liberal for most Americans.

Trying to pin Trump down as “too conservative” for his efforts to repeal the ACA ignores the historical fact that it was the most partisan federal health care reform in U.S. history. The final version of ObamaCare passed into law without a single Republican vote. Then a few months later voters handed Democrats the worst defeat suffered by either party in Congress in over half a century.

And trying to paint Donald Trump as "too conservative" on gun policy will also likely miss the mark for Democrats in 2020. Because the reality is, Donald Trump’s gun policies have been somewhere to the left of his predecessor’s. The only two gun laws signed by Barack Obama as president, actually expanded gun rights (to carry firearms in National Parks and in Amtrak-checked baggage). Trump on the other hand, has actually placed restrictions on firearms as president, banning bump stocks last December.

Instead of trying to manipulate voters into thinking something they clearly don’t think is true -- that Donald Trump is too conservative -- Democrats would do better to advance a candidate that’s not too liberal, someone who stands a chance of appealing to the independent voters that flipped the entire election to Donald Trump in 2016. Instead, the Party of Jefferson is advancing an entire crop of candidates with extreme left reform agendas.

The full-blown socialism of so many of this election season’s candidates will not play well with the broadest cross-section of American voters. They could probably run Mitt Romney this time around and have a better chance at winning.