Up Next
...
The Independent State of the Union
Read More 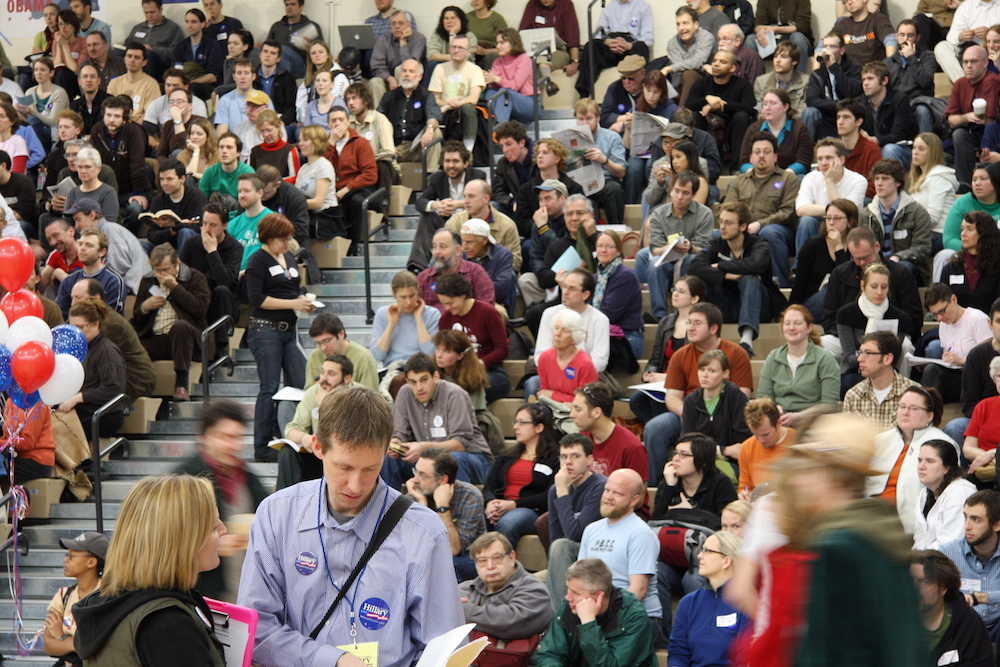 The lead story in Wednesday’s Washington Post, was written by two reporters telling us what might happen to Democratic candidates running for president, in a race that doesn’t end until November 3, 2020 — a mere 615 days away.

You might say I’m a political junkie, but I’m not reading speculative junk by two reporters about a subject I may know more about than they — if being in and around politics for 53 years counts for anything.

As I’ve written, let the Democratic candidates run, and let media tell us their plans, policies, programs, and hopes for America. Do that, while being fair and equitable in your coverage, so we do not have a repeat of 2016, when the national media obsessed on Donald Trump, and ignored credible Republican candidates —like Jeb Bush and John Kasich, two really good human beings.

National media helped put Donald Trump in the White House, specifically CNN and MSNBC, and continue, day-by-day, to obsess over a president who has systemically shredded America’s standing in the world and damaged our democracy.

But, “We The People,” as the opening declaration of the Constitution puts it, must tell that same national media they must not repeat their unfair and inequitable coverage of ‘16. Give every candidate a chance and allow us to make the call on our next president.

The Washington Post can lead the way by assigning reporters to each of the Democratic candidates that will run — more to come —  and have them be reporters, not speculators, as that would meet any standard of fair and equitable coverage.

Wouldn’t that be costly?

But if the Post can afford to assign sports writers to cover the MLB Nationals, NHL Capitals, NBA Wizards, NFL Redskins, MLS DC United, Georgetown and Maryland universities' basketball and football teams, plus high school sports, why not every candidate running for the nation’s highest office?

Moreover, since the Post is owned by the world’s richest man, the newspaper can afford it — and surely Mr. Bezos is as concerned about the state of our democracy as he is about Washington area sports teams.

And, if a reporter per candidate doesn’t seem too radical an idea, here’s another:

Boycott Iowa and its fraudulent caucus!

I was a press secretary to the late Harold Hughes, who served both as governor of Iowa and in the United States Senate. Hughes decided, as senator, to run for president in 1972. I note this to suggest that perhaps I know a tad about Iowa — and, on the positive side, know there are many good people in the Hawkeye State.

But that’s not the problem.

The problem is too many of those “good people” do not vote; which is why I call the Iowa Caucus “fraudulent.”

In 2016, with close to two million registered voters -- independents, Republicans, and Democrats (in that order) -- fewer than 20 percent of them voted (according to the secretary of state’s office), despite national media giving the caucus 24/7 coverage.

In fact, on Election Night, MSNBC’s star, Rachel Maddow, found herself at Iowa State University, where she was covering one of the caucuses. She was so excited, because, while some 200 students were expected to attend the caucus, more than 400 showed up!

Ms. Maddow was beside herself. Democracy at work, she said.

Watching her and the ever rising level of her excitement, I decided to go to Google and check on the student body population at Iowa State. The number I found was 39,000!

That means that 38,600 Iowa State students did not think participating in a campus caucus was important, considering it unworthy of their time.

Rachel Maddow, as good as she is, didn’t tell you that. MSNBC didn’t report that. I just did.

There is also this about Iowa: 90.3 percent of its citizens are white. That's hardly reflective of our nation’s diversity.

Oh, I know this every four-year cycle is important to Iowa’s economy -- all of these reporters and campaign workers flooding into the state, upping the occupancy rates of hotels and motels, adding to the bottom line at Applebee’s, not to mention all those MSNBC/CNN cameramen, sound men (women too, of course), producers, writers, gofers, etc., moving into the state for the campaign.

It all adds up to big dollars for Iowa, at a time of the year that no sane person is visiting Iowa (i.e. the dead of winter), because there are no ski lifts in Des Moines.

There are 49 other states that will have a say in what finally transpires in ‘20, and there’s no reason why Iowa should have any influence in who becomes the Democratic nominee for president.

About the Author: George Mitrovich is a San Diego civic leader, but in the interest of full disclosure, he’s a self-identified “Liberal Kennedy Democrat.” However, he has supported Republicans for mayor and city council.