The Extra Point
Up Next
...
Facebook Says It Won't Allow Trump or Biden to Declare Victory Online -- Unless It's True
Read More 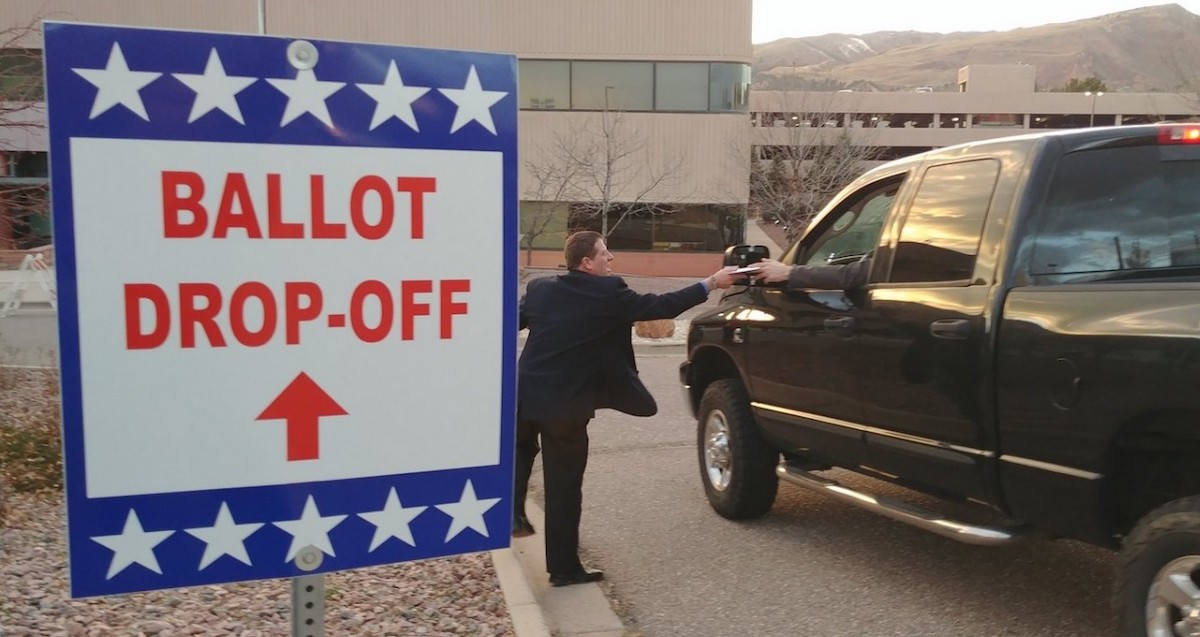 Editor's note: This article originally appeared in The Fulcrum and has been republished on IVN with permission from the publisher.

The coronavirus pandemic has already changed how millions of Americans will vote this year, and a new poll makes clear it's also going to change when they vote.

Six in 10 Americans want to cast their ballots before Election Day, either in-person at an early voting location or after getting to a drop box or the post office to return an absentee envelope, according to a Washington Post-University of Maryland poll released Thursday. Four years ago, four in 10 voters cast their ballots ahead of time.

The anticipated surge of way-ahead-of-deadline voting — which started a week ago, when the first absentee ballots were mailed in North Carolina, with the first in-person ballots set to get cast a week from now in Minnesota — makes the civic-minded proud but also makes election administrators anxious.

Many states don't allow the processing of envelopes or the tabulating of early votes until much closer to the election, so a rush of voting in September and October won't necessarily translate to quick and complete returns the night of Nov. 3.

Officials in many states, including most of the presidential battlegrounds, also say they do not have the people or equipment ready to process the deluge of paper. And the infusion of cash they were counting on from Congress to pay for election preparations now seems to be an all but evaporated hope, after a partisan Senate vote on Thursday almost entirely eliminated prospects for another round of coronavirus economic stimulus and federal aid before the election in 53 days.

Most people in the survey indicated they would prefer to cast their ballot in person at a polling place (49 percent), rather than it by mail (33 percent) or turn it in it at an elections office, polling place or drop box (16 percent). Still, absentee voting interest this year is nearly double what it was four years ago, according to the Election Assistance Commission.

Pennsylvania and New Hampshire are the only battlegrounds on the roster of 10 states that do not have the option to vote in person before Election Day this year. The periods for early voting range from four to 45 days in the rest of the country.

Even though voting by mail will be more widely used this fall, only 28 percent are "very confident" their ballot will be counted accurately that way, the poll found. Confidence levels are much higher (62 percent) when asked about going to the polls on Election Day.

A report published Thursday by Politico found that Democrats are far outnumbering Republicans in absentee ballot requests in several battlegrounds, including North Carolina, Pennsylvania and Florida. While votes for Joe Biden are likely to be cast (if not tabulated) before Nov. 3, President Trump will be hoping for smooth operations on Election Day when a majority of his base is likely to head to the polls.

The poll also found a stark contrast in views on election integrity. A lopsided majority of Black voters (71 percent) believe it is easier for white citizens to vote, compared to just one-third of white people who say the same.

The disparity is less severe between Latino and white voters. Just over two-fifths of Hispanics say it's easier for white people to access the ballot box, whereas 37 percent of white voters agree with that sentiment.