Up Next
...
Why California Should Learn from Maine and Not Alaska on Electoral Reform
Watch 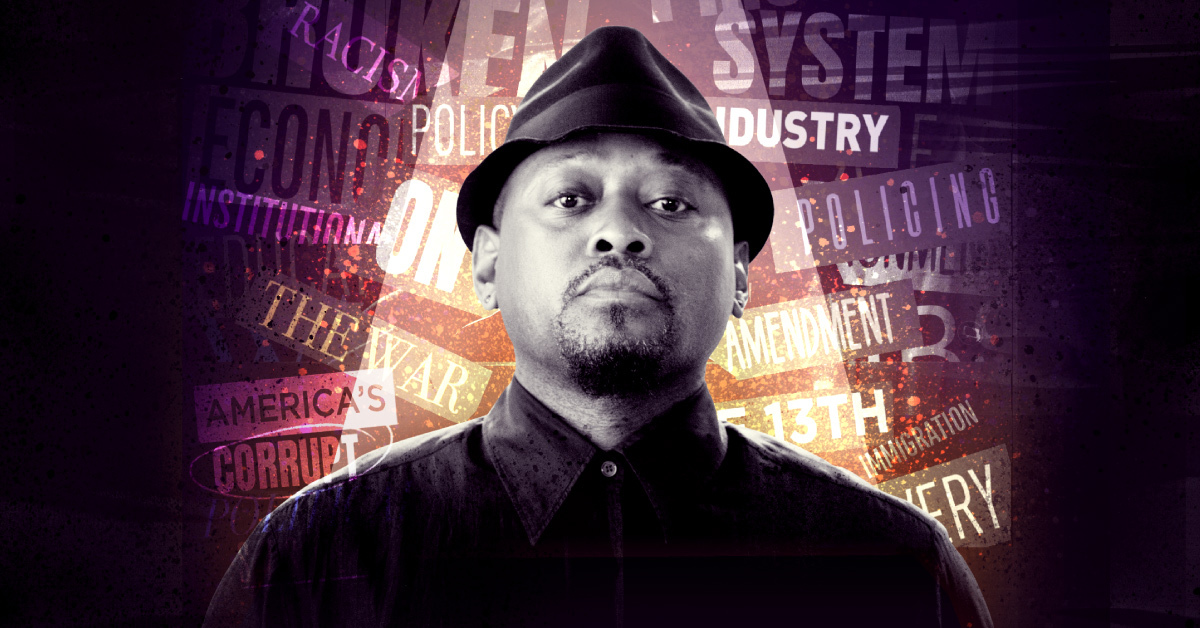 “Even though crime rates across the US are going down, America locks up seven times more people now than we did in 1970,” says actor and RepresentUs Cultural Council member Omar Epps.

“We, as Americans, put more people behind bars than any other nation in the world -- both as a percentage of population and in total numbers.”

According to the Institute for Criminal Policy Research’s World Prison Brief, the incarceration rate in the US is .67%, which is higher than El Salvador, Turkmenistan, Virgin Islands, Thailand, Rwanda, and Cuba.

The US also has a prison population of 2.3 million, which is substantially higher than China’s 1.6 million, and China has a total population of approximately 1.4 billion people. Epps says if nothing changes:

“And we’re putting women in jail even faster than we’re locking up men,” Epps points out.

It’s important to remember that as incarceration increases, crime rates are dropping. In fact, according to the Bureau of Justice Statistics, violent crime dropped a staggering 71% from 1993 to 2018.

By all statistical points of view, something is wrong with this picture.

Epps says that while the nation is divided on many things, nearly all Americans agree that the system needs to be fixed. Yet, there is one thing standing in the way of substantive reform: the US political system.

As pointed out in a previous Unbreaking America film, featuring actor Michael Douglas, no matter how much support something has there is a near zero percent chance that action will be taken by policymakers. Why? Because the incentive structure is skewed.

Members of Congress are not incentivized to address the will of the people. In fact, there is -- as Katherine Gehl and Professor Michael Porter point out in their 2017 Harvard Business School study -- virtually zero correlation between acting on the will of voters and politicians getting re-elected. This is because the political system is controlled by private, gain-seeking organizations and entities that act out of their own self-interest.

The latest Unbreaking America film, which also features prominent voting rights activist Desmond Meade, points to a number of incentives that are outweighing the interests of voters:

(RepresentUs sources all of this information in the video.)

“It’s going to be hard to fix the problems,” Meade explains, “unless we first fix America’s corrupt political system.”

Meade says this means “banning lobbyist gifts to politicians, closing the revolving door between Congress and industry,” and enfranchising more voters “so politicians actually represent us.” He says all of these ideas are part of one proposed bill: The American Anti-Corruption Act.

The American Anti-Corruption Act not only has broad support across the political spectrum, but it has policy proposals to stop political bribery, end secret money, fix the US’s broken elections (including open primaries, vote at home options, term limits, ranked choice voting, more), and strengthen enforcement of anti-corruption laws already on the books.

There is a major hurdle at the federal level, however, to get the Act passed through Congress; namely, the politicians who benefit from the status quo. Thus, Meade says the first step needs to be widespread passage at the state level to “pave the way for transformative federal laws.”

Both Epps and Meade agree that this is not an impossible feat. Members of the reform community have already witnessed historic passage of anti-corruption legislation and growth in other movements to transform the US political industry to one that serves voters first. However, the momentum behind these reforms requires the support of voters and concerned citizens.

“Let’s be honest, America is facing a crisis and we need to act with an urgency commensurate to the severity of the problem,” says Epps. “That’s on you, it’s on me, it’s on all of us.”

Epps breaks down the choice before voters as he closes out the video:

“Here’s the bottom line: nearly every issue that matters to you or that matters to the next generation of Americans, is blocked by our corrupt political system, and if you do nothing or if I do nothing, nothing is going to change. But if each of us does something, we can win. Together.”