Up Next
...
The Great Migration: America's Growing Exodus Away from Political Parties
Read More 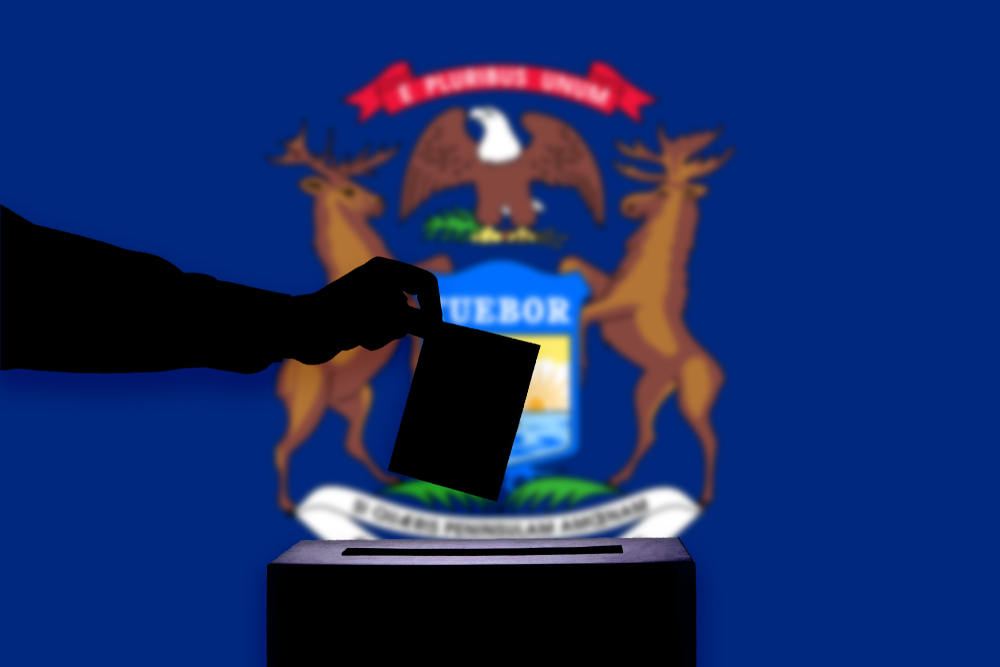 Michigan Voted to End Partisan Gerrymandering; Are Partisan Primaries Next?

As a business owner and lifelong resident of Michigan, I am proud to have stood with so many of my fellow citizens soliciting signatures for days and weeks on end to get the “Nonpartisan Redistricting” and “Promote the Vote” initiatives on the ballot and successfully passed in the 2018 midterm election. They were a big win for Michigan democracy and important steps on a journey to a more representative government.

Yet, there remains a large obstruction in our path to achieving a healthy, functioning government in Michigan.

That obstacle is paralyzing partisan gridlock, and it’s largely caused by our current system of partisan primaries which are structurally designed to elect candidates more beholden to party leadership and partisan activists than the broader electorate.

That’s because Michiganders are required to “pick a primary.” Many people don’t want to do that. They want to be able to choose from all the candidates – some Democrats, some Republicans, some independents. When you require people to pick a partisan primary ballot, turnout suffers. In the 2014 Michigan Wayne County primary, for example, only 18% of registered voters participated.

Michigan’s current system of closed primaries reinforces silos and pushes our elected leaders so far apart in facts, policy and belief that it is nearly impossible for them to talk with each other.  As they govern, they know that if they deviate from the extreme party line they will have have hanging over their heads the threat of a well-funded primary opponent.

The time for change has come; we designed and constructed this system and we can fix it.

We know how to do it too. We can now build on the incredibly inspiring work of Katie Fahey and the thousands of volunteers in Michigan who showed us how to really listen and develop a reform movement that is deeply connected to the people.

And we’re not alone. Citizens in states across the country are organizing campaigns to change their primary elections. Advocates of the nonpartisan, top-two open primary system are collecting signatures to get the reform on the 2020 ballot in Florida. Activists in Arkansas, Maine, and Pennsylvania are working to pass legislation and ordinary citizens from Alaska to Connecticut are organizing and speaking out.

In California, under Proposition 14, a measure that passed with 56% of the vote, traditional party primaries were replaced with top-two open primaries where every voter gets the same ballot in primary elections for state and federal races, except the presidential contest.

Every candidate is on the ballot with their party affiliation and every voter -Republicans, Democrats, independents, third party - get to vote with the top two vote getters moving on to the general election. Washington and Nebraska have similar systems.

"Nonpartisan open primaries are not a silver bullet, but they will apply critical pressure to politicians to start representing the people, not partisan interest groups." - Leon Jackson, Independent Author

California has successfully used top-two open primaries since 2012 and the main take away is that voter satisfaction has gone up by 300%, its moderated the extremes, and created more space for legislators to work together and innovate.

According to a December 2017 study by PPIC, 60% of California voters approve of the top-two system.

There are various other forms of nonpartisan open primaries. Some have proposed a top-four open primary with ranked choice voting in the general election for example. The first step is to establish what will work best for Michigan. That requires that interested voters who are concerned about the present partisan divide in our state government convene and begin the process of fixing it.

There are different paths for us to follow. We as Michigan citizens need to decide the best solution and start implementing it.

Nonpartisan open primaries are not a silver bullet, but they will apply critical pressure to politicians to start representing the people, not partisan interest groups. Candidates who pander to the extremes will be marginalized, while successful candidates will build platforms that appeal to a broader constituency.

The 2020 general election is a critical opportunity to place on the ballot a proposal to open up our primary voting system to all voters and move Michigan toward elected officials who can effectively govern our state in the interest of its citizens.  Together, we can continue to build a government for the people, by the people, and from the people.

Leon Jackson is a Michigan businessman and election reform activist. He is the owner and CEO of Thumb BioEnergy LLC based in Troy.